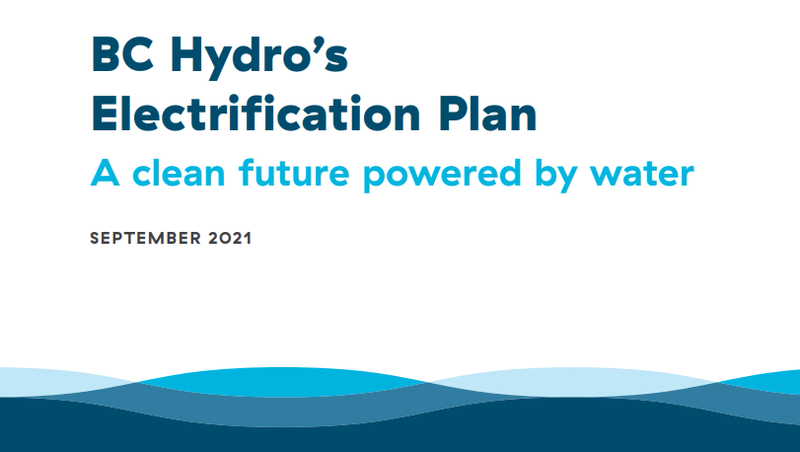 Burnaby, BC, October 1, 2021--(T-Net)--The Government of British Columbia and BC Hydro announced this week that they have launched BC Hydro's new five-year electrification plan.

The plan will make it easier and more affordable for people to efficiently use more of B.C.'s clean electricity in place of fossil fuels to power their homes and buildings, businesses and vehicles.

"From heat waves to wildfires, we are already seeing the devastating effects of climate change. Here in B.C., we have accomplished a lot with North America's most progressive plan to reduce carbon pollution - but the scale of the crisis means we must act with even more urgency," said Premier John Horgan.

"Working together with BC Hydro, we will help more people and businesses become less reliant on fossil fuels and use more affordable, made-in-B.C. hydroelectricity. As a clean-energy powerhouse, we have a huge opportunity to tackle the climate crisis while building a stronger and more resilient B.C. - for everyone."

BC Hydro's Electrification Plan - A clean future powered by water - proposes new programs, and incentives to advance the switch from fossil fuels to clean electricity in homes and buildings, vehicles and fleets, businesses and industry, and attract new energy-intensive industries to British Columbia.

BC Hydro plans to invest more than $260 million to implement the plan over the next five years, including nearly $190 million to promote fuel switching in homes and buildings, vehicles and industry, and more than $50 million to attract new industries to B.C. that are looking for clean power to run their businesses and reduce their carbon footprint. The plan also includes programs to reduce the time required to get customers connected to BC Hydro's grid.

As more customers increase the use of electricity, BC Hydro's energy sales will increase, providing more revenue to cover its fixed system costs and helping keep rates low for everyone. BC Hydro estimates that if the electrification plan is fully realized, customer rates will be about 1.6% lower by 2026 compared to what they would be if there were no plan.

If actions in the plan are fully realized, it will result in incremental greenhouse gas (GHG) emission reductions of more than 930,000 tonnes per year by 2026. That is equivalent to taking approximately 200,000 passenger vehicles per year off the road.

"One of the biggest advantages we have to cut carbon emissions and create new economic opportunities for people in B.C. is through our abundant renewable energy," said George Heyman, Minister of Environment and Climate Change Strategy. "We need to electrify more of our daily activities - like driving, heating our homes and powering our industries - with clean power. BC Hydro's electrification plan sets out significant new actions to help us meet our CleanBC climate targets and build for a net-zero emissions future."

The plan builds on existing BC Hydro and provincial rebates and customer supports for the installation of heat pumps and electric vehicle chargers and electrification measures from CleanBC, and new recommendations from Phase 2 of the BC Hydro Review, including the discounted CleanBC Industrial Electrification Rates that were announced in January 2021.

With as much as $20 million in incentives and study funding to support the production of hydrogen, the plan also helps to advance the B.C. Hydrogen Strategy released in July 2021.

The electrification plan complements BC Hydro's long history of Power Smart energy efficiency and conservation programs (demand side measures) that help customers reduce their energy use and save money on their bills.

"With a legacy of conservation at our core, we take pride in helping our customers use resources wisely, find efficiencies and manage their costs," said Chris O'Riley, president and CEO, BC Hydro. "And now, with a global focus on climate change, we have an incredible opportunity to also take advantage of our clean electricity to power homes, businesses, vehicles and industries. We're here to help people and businesses make the switch from fossil fuels to being powered by water."

BC Hydro's electrification plan was filed with the B.C. Utilities Commission as part of BC Hydro's Fiscal 2023-25 Revenue Requirements Application on Sept. 1, 2021. 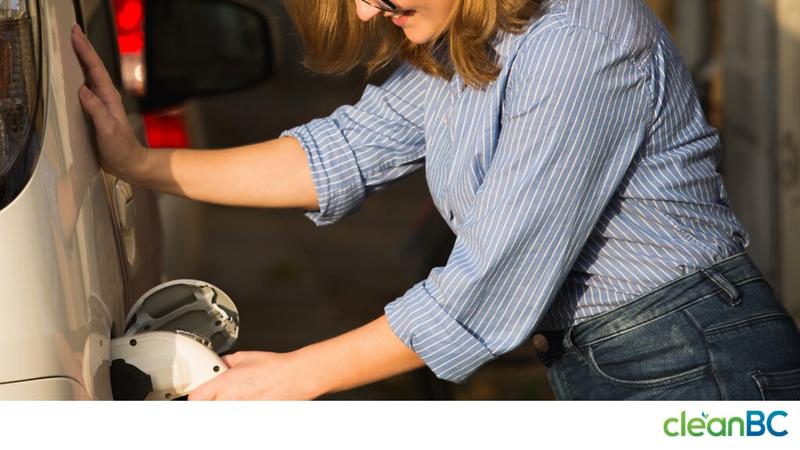 BC Hydro's Electrification Plan - A clean future powered by water

The Province and BC Hydro share common goals to shape a clean-energy future and bring new clean industry to B.C.

In June 2021, the Government of British Columbia announced recommendations from Phase 2 of the BC Hydro Review to help people, businesses and industries use clean electricity to reduce their carbon footprint, including the recommendation that BC Hydro should develop a short-term electrification plan that builds on the key results of the Phase 2 Review and supports CleanBC.

BC Hydro's Electrification Plan - A clean future powered by water, is BC Hydro's plan to pursue electrification opportunities in three key areas: buildings, transportation and industry.

Residential and commercial buildings in B.C. represent almost 11% of the province's total emissions - mostly due to how space and water is heated. The plan supports the switch to clean, electric heat pumps in homes and businesses.

The transportation sector accounts for about 40% of B.C.'s greenhouse gas emissions. While it is in the early stages of making the shift to cleaner transportation, B.C. has seen the most significant growth in the passenger vehicle segment. The plan builds on that growth, and promotes the switch to medium- and heavy-duty on- and off-road electric vehicles, including trucks, buses, forklifts, mining conveyance and commercial fleets, as well as ferries and other marine equipment.

The plan also supports the objective of expanding BC Hydro's public fast-charging network (currently about 90 fast charging stations) with the goal to have 325 stations in place throughout the province by the end of 2025.

Industry accounts for about 40% of the province's greenhouse gas emissions. Major sources include compressors in the natural gas sector, diesel engines in mining and forestry, and process heat in the forest products industry. As much of this could be powered by clean electricity, industrial electrification offers the largest overall potential for emissions reduction in B.C., both by switching from diesel and natural gas to electricity at existing facilities and by choosing to use electricity in new facilities instead of fossil fuels.

The plan offers incentives for fuel switching in industry, as well as strategies and investments to attract new clean industry to B.C., including hydrogen production, carbon capture, synthetic fuel production and data centres.

Actions/investments to promote fuel switching include:

BC Hydro has a surplus of clean electricity, which provides an opportunity to increase new domestic electricity sales to increase the value of that surplus, creating benefits for ratepayers. This is because domestic electricity sales generate more revenue than exporting surplus electricity - rate schedules for BC Hydro's residential, commercial and industrial ratepayer categories are generally higher than forecast export market prices. The incremental revenue generated by the plan exceeds associated costs.

BC Hydro estimates that if the electrification plan is fully realized, customer rates will be about 1.6% lower by 2026 compared to what they would be if there were no plan.

The electrification plan will reduce greenhouse gas emissions, helping to achieve the emissions reduction targets set by the Government of British Columbia and combat climate change. If the low-carbon electrification and load-attraction actions in the plan are fully realized, it will result in incremental emissions reductions of more than 900,000 tonnes per year by 2026. That is equivalent to taking approximately 200,000 passenger vehicles off the road per year.

BC Hydro's electrification plan and associated expenditures were filed with the B.C. Utilities Commission (BCUC) as part of BC Hydro's Fiscal 2023-25 Revenue Requirements Application on Sept. 1, 2021. The BCUC's review of the application is a public process.

To learn more about BC Hydro's Electrification Plan - A clean future powered by water, visit: www.bchydro.com/electrificationplan