Originally founded in Vancouver, BC as Mainframe Entertainment, the company operated under the name Rainmaker Entertainment for over a decade, but they later returned to their roots.

Founded in 1993, Mainframe created the very first fully-CG TV series, ReBoot. Since then, they've produced more than 1000 half-hours of TV, over 60 feature-length projects, and two theatrical feature films, and have partnered with some of the biggest names in the business.

Based on the last twelve months (LTM) from July 2020-June 2021, the Company's revenue and EBITDA were US$56.4million and US$5.1 million respectively, and its growing order book has over $62 million dollars of contracted production in the next year alone. 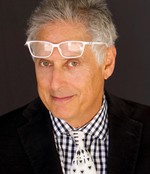 Andy Heyward, Chairman and Chief Executive Officer of Genius Brands, commented, "The acquisition of WOW! substantially accelerates the financial growth of Genius Brands, delivering on our promise to shareholders to execute meaningful and accretive acquisitions, as we seek to rapidly consolidate the marketplace and become the foremost producer, broadcaster, and consumer product licensor of high-quality children's entertainment in the world."

"I have known and worked with WOW! Chairman and CEO Michael Hirsh throughout my career, and there is nobody more talented, accomplished or well regarded. His track record of many hits includes the first Star Wars animated programs, Magic School Bus, Care Bears, Babar, Johnny Test, and Beetlejuice, among others.

"In addition to the animation productions of WOW! today and the exciting new brand brought to the table for Genius Brands, WOW! has a massive social media footprint across YouTube, TikTok, Giphy, etc., expanding the Genius Brands kids' audience demo into the lucrative teens and young adult marketplaces. The company has over 1 billion views per month on its Frederator YouTube Network, with over 2,500 advertiser supported channels, making it the number one talent driven animation YouTube Network."

WOW!'s Canadian production facilities enable a number of profitable synergies for the company via access to various federal and provincial tax credits, which will allow Genius Brands to transfer its current animation production at great savings from China.

Heyward added, "In addition to WOW!'s 3rd party service production, we will now place many of the exciting upcoming WOW! owned content on Kartoon Channel! and activate it through our consumer products and global distribution sales network, further advancing revenues and earnings."

Michael Hirsh, Chairman and Chief Executive Officer of WOW!, commented, "I'm excited to work with Andy and the Genius Brands team. This is a powerful partnership that brings immediate and significant value for shareholders. We bring production capacity, new IP, and a robust and profitable YouTube Network with over a billion views per month. Genius Brands, with Kartoon Channel!, has a fully distributed footprint where our content can thrive and also help Kartoon Channel! itself expand. Genius Brands' world class consumer product licensing team led by Kerry Phelan, will enable us to monetize all of these great characters and brands. This transaction represents the culmination of our extensive strategic review process. We feel that this is a very attractive opportunity for our shareholders with significant potential upside in the months and years ahead."

On a stand-alone basis:

WOW! has a robust animation business with consistent revenue and EBITDA growth, and strong visibility into future revenue with marquee clients and partners including Netflix, DreamWorks, Sony, Mattel, Spin Master, Moonbug, and Hulu.

The combination is expected to drive synergies on multiple fronts, including:

The combination creates an end-to-end animation ecosystem driving exceptional value for shareholders, including:

The transaction will result in an expanded global leadership team

These forward looking statements are based upon current estimates and assumptions and are subject to various risks and uncertainties, including without limitation, our ability to generate revenue or achieve profitability; our ability to obtain additional financing on acceptable terms, if at all; the potential issuance of a significant number of shares, which will dilute our equity holders; fluctuations in the results of our operations from period to period; general economic and financial conditions; our ability to anticipate changes in popular culture, media and movies, fashion and technology; competitive pressure from other distributors of content and within the retail market; our reliance on and relationships with third-party production and animation studios; our ability to market and advertise our products; our reliance on third-parties to promote our products; our ability to keep pace with technological advances; our ability to protect our intellectual property and those other risk factors set forth in the "Risk Factors" section of the Company's most recent Annual Report on Form 10-K and in the Company's subsequent filings with the Securities and Exchange Commission (the "SEC"). Thus, actual results could be materially different. The Company expressly disclaims any obligation to update or alter statements whether as a result of new information, future events or otherwise, except as required by law.