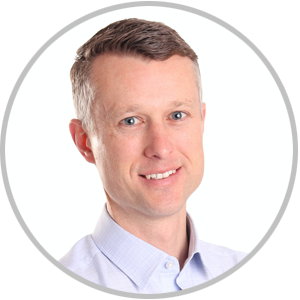 Ian Mortimer, Xenon's President and Chief Executive Officer stated, "We were incredibly excited last month to announce positive topline results from our Phase 2b X-TOLE clinical trial, which demonstrated impressive efficacy for XEN1101 in 'difficult-to-treat' adult patients with focal epilepsy. With its differentiated potassium channel mechanism of action, strong efficacy data, and 'ease-of-use' attributes, including once-a-day dosing in the evening with no titration, we believe XEN1101 could play an important role in treating focal epilepsy. We look forward to presenting additional X-TOLE data in a late-breaking poster at the upcoming AES 2021 meeting, where we are also sponsoring a scientific symposium featuring a panel discussion with key opinion leaders in the adult focal epilepsy space."

Mr. Mortimer added, "Based on the positive outcome of the X-TOLE clinical trial, our efforts are focused on finalizing the clinical development plan for XEN1101, including a planned end-of-Phase 2 meeting with FDA anticipated in the second quarter of 2022 to be followed by the initiation of our Phase 3 program in adult focal epilepsy anticipated in the second half of 2022. Supported by the strength of the topline X-TOLE data, we are actively evaluating other potential epilepsy indications for XEN1101. In addition, an investigator-led study evaluating XEN1101 as a treatment for major depressive disorder is now underway, and we also plan to initiate a company-sponsored MDD study in the first half of 2022. In parallel to our XEN1101-related activities, patient enrollment continues in our Phase 3 'EPIK' pediatric clinical trial evaluating XEN496 as a treatment of KCNQ2 developmental and epileptic encephalopathy. New sites and jurisdictions continue to come online to support the EPIK study, which is expected to be completed in the first half of 2023."

XEN1101 is a differentiated Kv7 potassium channel opener being developed for the treatment of epilepsy and major depressive disorder (MDD). On October 4, 2021, Xenon announced positive topline data from the Phase 2b X-TOLE clinical trial, which was designed as a randomized, double-blind, placebo-controlled, multicenter study to evaluate the clinical efficacy, safety and tolerability of XEN1101 administered as an adjunctive treatment for adult patients with focal epilepsy. The trial met its primary efficacy endpoint with XEN1101 demonstrating a statistically significant and dose-dependent reduction from baseline in monthly (defined as 28 days) focal seizure frequency when compared to placebo (monotonic dose response; p<0.001). Additional primary and secondary measures included a pairwise comparison of each active dose to placebo and a responder analysis with the proportion of patients who achieved a 50% or greater reduction in monthly focal seizure frequency from baseline. These results are shown in the following table; all p-values are 2-sided comparing the active dose to placebo:

Xenon anticipates participating in an "end-of-Phase 2" meeting with the U.S. Food and Drug Administration (FDA) in the second quarter of 2022 to support the initiation of its Phase 3 XEN1101 clinical program in adult patients with focal epilepsy, estimated in the second half of the year.

In addition, the X-TOLE open-label extension, which has been extended to three years, is expected to continue to generate important long-term data for XEN1101. In parallel, based on the strength of the X-TOLE topline efficacy data, Xenon is evaluating other potential epilepsy indications for the future development of XEN1101.

Xenon continues to execute on its strategy to expand the intellectual property portfolio that protects XEN1101. During the third quarter and subsequent to quarter-end, two U.S. patents were issued to Xenon with claims related to: (1) four distinct crystalline forms of XEN1101 drug substance (including the forms used in current and future clinical development) along with methods for their preparation; and (2) methods of enhancing the bioavailability of XEN1101 by administration with or close to a meal (consistent with the dosing of XEN1101 in clinical studies). These U.S. patents are expected to expire in 2039 and 2040, respectively, absent any extensions of patent term.

Based on its differentiated Kv7 mechanism of action, Xenon is expanding the development of XEN1101 to support proof-of-concept studies in MDD, which are supported by XEN1101 pre-clinical and clinical data, and previous ezogabine clinical data that explored the targeting of KCNQ channels as a treatment for MDD. Xenon is collaborating with the Icahn School of Medicine at Mount Sinai to conduct an investigator-sponsored Phase 2 proof-of-concept, multi-site, randomized, parallel-arm, placebo-controlled clinical trial of XEN1101 for the treatment of MDD, with patient enrollment underway.

Approximately 60 patients with MDD will be randomized in a 1:1 fashion to XEN1101 (N=30) or matching placebo (N=30), with subjects taking 20 mg once a day of either XEN1101 or placebo for 8 weeks. The primary objective is to investigate the effect of XEN1101 on brain measures of reward using functional Magnetic Resonance Imaging (fMRI). Secondary endpoints include clinical measures of depression and anhedonia. In addition, Xenon is planning a larger company-sponsored clinical study in MDD with XEN1101, which is expected to be initiated in the first half of 2022.

XEN496, a Kv7 potassium channel opener, is a proprietary pediatric formulation of the active ingredient ezogabine being developed for the treatment of KCNQ2 developmental and epileptic encephalopathy (KCNQ2-DEE). Xenon received Fast Track designation and Orphan Drug Designation for XEN496 for the treatment of seizures associated with KCNQ2-DEE from the FDA as well as orphan medicinal product designation from the European Commission. A Phase 3 randomized, double-blind, placebo-controlled, parallel group, multicenter clinical trial, called the "EPIK" study, is underway to evaluate the efficacy, safety, and tolerability of XEN496 administered as adjunctive treatment in approximately 40 pediatric patients aged one month to less than six years with KCNQ2-DEE. Xenon anticipates that the EPIK study will be completed in the first half of 2023.

XEN007 (active ingredient flunarizine) is a CNS-acting Cav2.1 and T-type calcium channel modulator that is being studied in treatment-resistant absence seizures. To date, a total of eight subjects have been enrolled in an investigator-led Phase 2 proof-of-concept study examining the potential clinical efficacy, safety, and tolerability of XEN007 as an adjunctive treatment in pediatric patients diagnosed with treatment-resistant absence seizures, including childhood absence epilepsy and juvenile absence epilepsy. Given the prioritized focus on the development plans for XEN1101 and XEN496, Xenon is not planning any company-sponsored XEN007 development activities in 2022.

Xenon has an ongoing collaboration with Neurocrine Biosciences to develop treatments for epilepsy. Neurocrine Biosciences has an exclusive license to XEN901, now known as NBI-921352, a selective Nav1.6 sodium channel inhibitor. Neurocrine Biosciences is conducting a Phase 2 clinical trial evaluating NBI-921352 in adolescent patients (aged 12 years and older) with SCN8A developmental and epileptic encephalopathy (SCN8A-DEE). In addition, a second Phase 2 clinical trial has recently been initiated evaluating NBI-921352 in adult patients with focal-onset seizures. Xenon received an aggregate milestone payment of $10.0 million in the form of cash and an equity investment in September 2021 based on the regulatory approval of a clinical trial application in Europe for NBI-921352 for focal-onset seizures in adults. Upon FDA acceptance of a protocol amendment for NBI-921352 in pediatric patients (aged 2-11 years) with SCN8A-DEE, Xenon is eligible to receive an aggregate payment of $15.0 million in the form of 45% cash and a 55% equity investment in Xenon's common shares at a 15% premium to Xenon's 30-day trailing volume weighted average price at that time.

Flexion acquired the global rights to develop and commercialize XEN402, a Nav1.7 inhibitor also known as funapide. Flexion's FX301 consists of XEN402 formulated for extended release from a thermosensitive hydrogel. The initial development of FX301 is intended to support administration as a peripheral nerve block for control of post-operative pain. Flexion is conducting a Phase 1b proof-of-concept trial evaluating the safety and tolerability of FX301 administered as a single-dose, popliteal fossa block (a commonly used nerve block in foot and ankle-related surgeries) in patients undergoing bunionectomy. Following the decision to expand the study with an additional cohort, Flexion now anticipates having data available in the first quarter of 2022. Pursuant to the terms of the agreement, Xenon is eligible to receive certain clinical, regulatory, and commercial milestone payments, as well as future sales royalties.

Subsequent to September 30, 2021, Xenon raised additional proceeds of approximately $324.3 million, net of underwriting discounts and commissions, but before offering expenses, from the sale of 10,000,000 common shares and pre-funded warrants to purchase 1,694,915 common shares under an underwritten public offering.

For the quarter ended September 30, 2021, Xenon reported total revenue of $8.1 million, compared to $6.6 million for the same period in 2020. The increase of $1.6 million was primarily attributable to the recognition of $5.3 million of milestone revenue associated with the regulatory approval of a clinical trial application in Europe for NBI-921352 for focal-onset seizures in adults under the license and collaboration agreement with Neurocrine Biosciences and an increase in research and development services revenue. These increases were partially offset by deferred revenue related to the transfer of exclusive licenses and associated technology and know-how for certain compounds under the license and collaboration agreement with Neurocrine Biosciences being fully recognized by December 2020.

Research and development expenses for the quarter ended September 30, 2021 were $18.9 million, compared to $13.0 million for the same period in 2020. The increase of $5.8 million was primarily attributable to increased spending on Xenon's clinical development product candidates XEN1101 and XEN496 and increased spending on pre-clinical, discovery and other internal programs.

General and administrative expenses for the quarter ended September 30, 2021 were $4.8 million compared to $3.2 million for the same period in 2020. The increase of $1.6 million was primarily attributable to increased stock-based compensation expense, salaries and benefits from additional headcount, and market research costs.

We are a clinical stage biopharmaceutical company committed to developing innovative therapeutics to improve the lives of patients with neurological disorders. We are advancing a novel product pipeline of neurology therapies to address areas of high unmet medical need, with a focus on epilepsy. For more information, please visit www.xenon-pharma.com.