These new machines have an aggregate hash power of 585 Petahash per second (PH/s). The integration of these miners into HIVE's systems will be made in tranches over the next 130 days. They will be placed in existing facilities, and in our newly constructed data centres at our campus in New Brunswick, Canada.

At the current difficulty and Bitcoin price these purchased miners will generate approximately an additional 3.7 Bitcoin per day, or equivalent to an additional US$250,000 in daily income, or US$7,500,000 in monthly run rate income. Bitcoin continues to have a daily volatility of plus or minus 6% and investors should be aware of this volatility. It is a high risk, high reward investment. 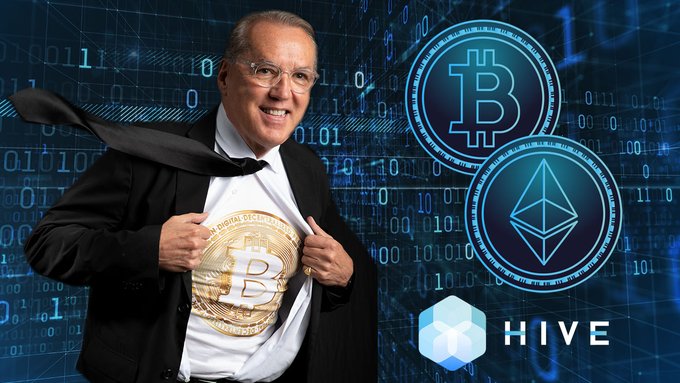 Frank Holmes, Executive Chairman of HIVE stated "We are pleased to be building on our strategic alliances with leading ASIC manufacturer Canaan to achieve our goals and drive value for our shareholders, with executing on a transaction that increases our cash flow and green mining capacity. Frank continued, "HIVE currently has approximately 1.2 Exahash per second (EH/s) of Bitcoin mining capacity, and with this new purchase, HIVE's Bitcoin ASIC pipeline will be at 2 EH/s by December 2021, and 3 EH/s by March 2022. In addition to this, we are expanding our current active Ethereum mining capacity from approximately 4,000 Gigahash per second (GH/s), to 6,000 GH/s in new facilities in Sweden."

This announcement is part of the company's continuing strategy to increase their bitcoin mining capacity. HIVE said in a release that it intends to continue utilizing cash flow to make opportunistic investments in ASIC and GPU next generation mining equipment that can provide positive gross mining margins to generate the highest cash flow per share returns on invested capital.

The company also said it continues to HODL their Bitcoin production. This new production along with their monthly deliveries of previously announced miners will quickly accelerate building up their Bitcoin reserves. Presently the company holds 1,266 Bitcoin in custodial wallets. Their goal of two Exahash (2 EH/s) of pure Bitcoin mining, without factoring in attractive cash flow from Ethereum production conversion, by the end of this calendar year.

Except for the statements of historical fact, this news release contains "forward-looking information" within the meaning of the applicable Canadian and U.S. securities legislation that is based on expectations, estimates and projections as at the date of this news release. "Forward-looking information" in this news release includes but is not limited to, statements with respect to information about the proposed purchase of equipment, including the potential increase in hashpower, the potential for the Company's long-term growth, and the business goals and objectives of the Company.