LOI Venture will invest in young company founders under the age of 30. 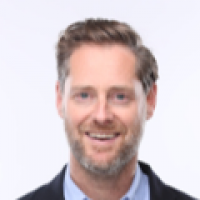 Today, Holmes together with Manny Padda are teaming up to announce a $20M venture fund because they feel there is a shortage of capital for founders under 30.

Having started his first business in high school - pre-social media days - Ryan believes there is no reason age should hinder somebody with a bright idea.

It took him 20 years to go from his first entrepreneurial endeavour to building Hootsuite.

With the tools now available at our fingertips, Holmes believes that the youth of today can shorten that timeline significantly.

Holmes and Padda are launching LOI Venture so they can accelerate more early-stage startups who enrol in the LOI - League of Innovators programs.

Since the start, LOI has witnessed almost a billion dollars of enterprise value created from 250+ founders in residence. Some notable names include:

"It's time to remove the last barrier for young founders to succeed. Who's ready to see more young founders in Canada?" said the company in its announcement.

Want to get involved?

LOI Venture is a $20M Pre-Seed Fund focused on founders aged 15-30 attending the LOI Program. The fund was co-founded by Ryan Holmes and Manny Padda to help accelerate young founders in Canada. Visit them online at https://www.loi.vc/