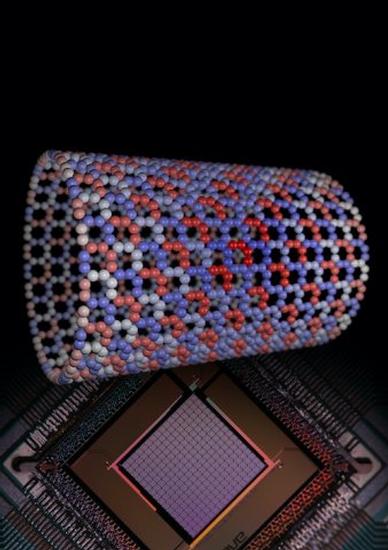 Burnaby, BC, February 24, 2021--(T-Net)--D-Wave Systems Inc., a leader in quantum computing systems, software, and services, has published a milestone study in collaboration with scientists at Google, demonstrating a computational performance advantage, increasing with both simulation size and problem hardness, to over 3 million times that of corresponding classical methods.

Notably, this work was achieved on a practical application with real-world implications, simulating the topological phenomena behind the 2016 Nobel Prize in Physics. This performance advantage, exhibited in a complex quantum simulation of materials, is a meaningful step in the journey toward applications advantage in quantum computing. 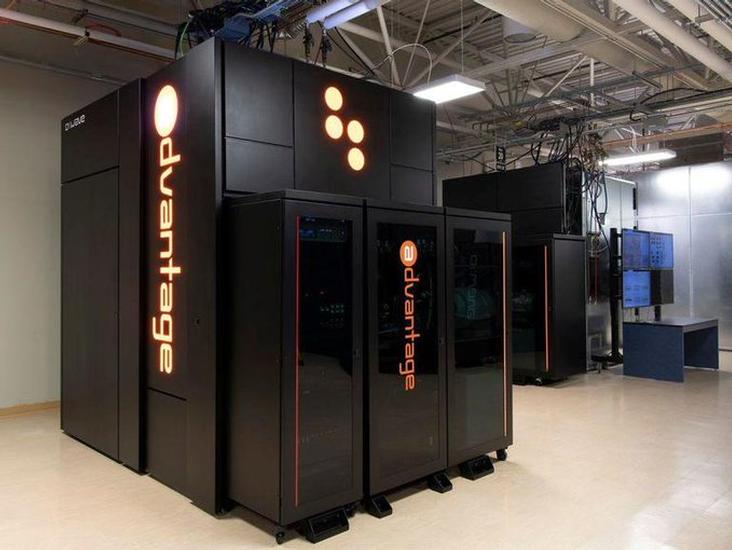 The work by scientists at D-Wave and Google also demonstrates that quantum effects can be harnessed to provide a computational advantage in D-Wave processors, at problem scale that requires thousands of qubits. Recent experiments performed on multiple D-Wave processors represent by far the largest quantum simulations carried out by existing quantum computers to date.

D-Wave researchers programmed the D-Wave 2000Q™ system to model a two-dimensional frustrated quantum magnet using artificial spins. The behavior of the magnet was described by the Nobel-prize winning work of theoretical physicists Vadim Berezinskii, J. Michael Kosterlitz and David Thouless. They predicted a new state of matter in the 1970s characterized by nontrivial topological properties. This new research is a continuation of previous breakthrough work published by D-Wave's team in a 2018 Nature paper entitled "Observation of topological phenomena in a programmable lattice of 1,800 qubits" (Vol. 560, Issue 7719, August 22, 2018). In this latest paper, researchers from D-Wave, alongside contributors from Google, utilize D-Wave's lower noise processor to achieve superior performance and glean insights into the dynamics of the processor never observed before.

"This work is the clearest evidence yet that quantum effects provide a computational advantage in D-Wave processors," said Dr. Andrew King, principal investigator for this work at D-Wave. "Tying the magnet up into a topological knot and watching it escape has given us the first detailed look at dynamics that are normally too fast to observe. What we see is a huge benefit in absolute terms, with the scaling advantage in temperature and size that we would hope for. This simulation is a real problem that scientists have already attacked using the algorithms we compared against, marking a significant milestone and an important foundation for future development. This wouldn't have been possible today without D-Wave's lower noise processor."

"The search for quantum advantage in computations is becoming increasingly lively because there are special problems where genuine progress is being made. These problems may appear somewhat contrived even to physicists, but in this paper from a collaboration between D-Wave Systems, Google, and Simon Fraser University, it appears that there is an advantage for quantum annealing using a special purpose processor over classical simulations for the more 'practical' problem of finding the equilibrium state of a particular quantum magnet," said Prof. Dr. Gabriel Aeppli, professor of physics at ETH Zürich and EPF Lausanne, and head of the Photon Science Division of the Paul Scherrer Institute. "This comes as a surprise given the belief of many that quantum annealing has no intrinsic advantage over path integral Monte Carlo programs implemented on classical processors."

"Nascent quantum technologies mature into practical tools only when they leave classical counterparts in the dust in solving real-world problems," said Hidetoshi Nishimori, Professor, Institute of Innovative Research, Tokyo Institute of Technology. "A key step in this direction has been achieved in this paper by providing clear evidence of a scaling advantage of the quantum annealer over an impregnable classical computing competitor in simulating dynamical properties of a complex material. I send sincere applause to the team."

"Successfully demonstrating such complex phenomena is, on its own, further proof of the programmability and flexibility of D-Wave's quantum computer," said D-Wave CEO Alan Baratz. "But perhaps even more important is the fact that this was not demonstrated on a synthetic or 'trick' problem. This was achieved on a real problem in physics against an industry-standard tool for simulation—a demonstration of the practical value of the D-Wave processor. We must always be doing two things: furthering the science and increasing the performance of our systems and technologies to help customers develop applications with real-world business value. This kind of scientific breakthrough from our team is in line with that mission and speaks to the emerging value that it's possible to derive from quantum computing today."

The scientific achievements presented in Nature Communications further underpin D-Wave's ongoing work with world-class customers to develop over 250 early quantum computing applications, with a number piloting in production applications, in diverse industries such as manufacturing, logistics, pharmaceutical, life sciences, retail and financial services. In September 2020, D-Wave brought its next-generation Advantage™ quantum system to market via the Leap™ quantum cloud service. The system includes more than 5,000 qubits and 15-way qubit connectivity, as well as an expanded hybrid solver service capable of running business problems with up to one million variables. The combination of Advantage's computing power and scale with the hybrid solver service gives businesses the ability to run performant, real-world quantum applications for the first time.

The paper published is available here in Nature Communications. A Medium post about the work can be found here.

D-Wave is the leader in the development and delivery of quantum computing systems, software and services and is the world's first commercial supplier of quantum computers. Our mission is to unlock the power of quantum computing for the world. We do this by delivering customer value with practical quantum applications for problems as diverse as logistics, artificial intelligence, materials sciences, drug discovery, cybersecurity, fault detection, and financial modeling.

D-Wave's systems are being used by some of the world's most advanced organizations, including NEC, Volkswagen, DENSO, Lockheed Martin, USC, and Los Alamos National Laboratory. With headquarters near Vancouver, Canada, D-Wave's US operations are based in Palo Alto, CA and Bellevue, WA. D-Wave has a blue-chip investor base including PSP Investments, Goldman Sachs, BDC Capital, NEC Corp., and In-Q-Tel. For more information, visit: www.dwavesys.com.