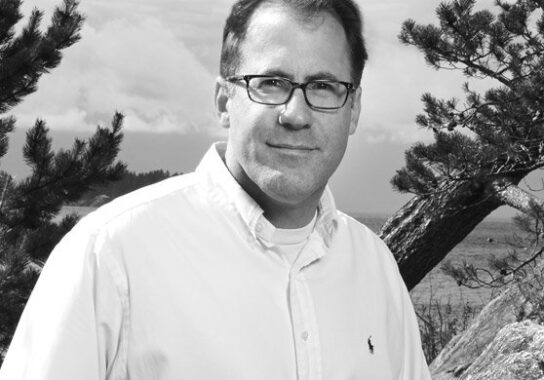 "We delivered record revenue and grew our assets under management for the fourth consecutive year," said Mike Walkinshaw, CEO of TIMIA. "The early investments we made developing our origination platform have allowed us to demonstrate both the effectiveness and scalability of our origination platform which, in turn, has attracted a larger pool of capital. As we increase both the quantum and frequency of our funding, both TIMIA and its shareholders stand to benefit in the long term."

"Our track record of funding SaaS companies has shown that we can generate significant returns for our stakeholders, "added Walkinshaw. "This coupled with the improved efficiency of our platform enables us to expand into a larger addressable market to include Software Enabled Service companies creating greater anticipated funding opportunities."

During the year ended November 30, 2020, the Company continued to leverage its origination platform to grow its revenue-financing business by completing 9 investments, 5 follow-on investments as well as successfully exiting 7 investments from its loan portfolio. The Company's revenue is primarily interest income generated under the Company's RF model. Interest income in the year ended November 30, 2020 was a record $4.1 million compared to $3.0 million in the prior fiscal year.

The 34% increase in interest income is impacted from three sources:

During the year ended November 30, 2020, TIMIA says it benefited from increased payments (combined principal and interest) as a result of the strong revenue growth of its underlying portfolio. At the same time, the Company increased its investments in infrastructure, including key staff and brand awareness.

Total expenses for the year ended November 30, 2020 were $4.1 million compared with $3.9 million for the prior year. The small increase in expenses reflect TIMIA's investment in infrastructure, increase in interest expense resulting from the issuance of debentures with warrants, marketing and related deal origination expenses and brand awareness.

During the year ended November 30, 2020, the Company posted a net and comprehensive income of $1.4 million compared with a net and comprehensive loss of $1.1 million for the last fiscal year. The year over year change is primarily due to the 29% increase in interest income, foreign currency translation adjustment, and recognizing intermittent investment gains from loan buyouts of $1.7 million in 2020, versus nil in 2019.

As posted in the Company's MD&A, please see the table below reflecting the progression of the attribution of income (loss) between the shareholders of the Company and the non-controlling interest over the last eight quarters. 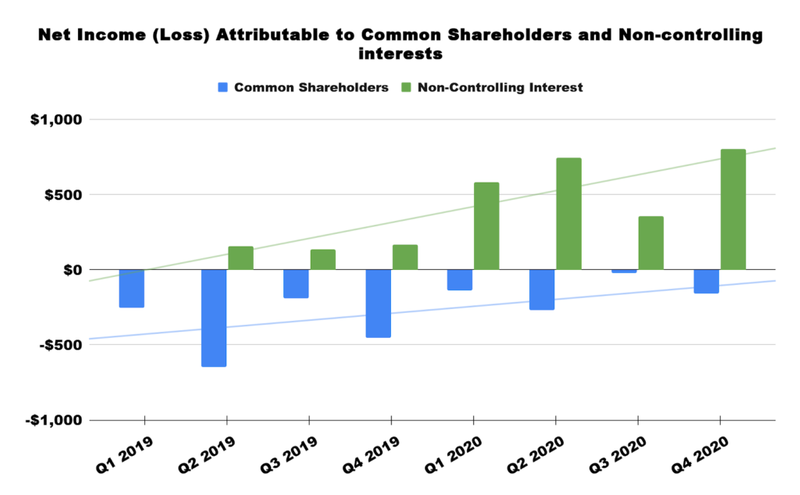 Certain information and statements in this news release contain and constitute forward-looking information or forward-looking statements as defined under applicable securities laws (collectively, "forward-looking statements"). Forward-looking statements normally contain words like 'believe', 'expect', 'anticipate', 'plan', 'intend', 'continue', 'estimate', 'may', 'will', 'should', 'ongoing' and similar expressions, and within this news release include any statements (express or implied) respecting the Company's shareholders standing to benefit over the long term, greater anticipated funding opportunities, and expectations as to payment amounts increasing over time as both new and follow-on investments are made and as payments increase from the underlying portfolio. Forward-looking statements are not guarantees of future performance, actions, or developments and are based on expectations, assumptions and other factors that management currently believes are relevant, reasonable and appropriate in the circumstances, including, without limitation, the following assumptions: that the Company and its investee companies are able to meet their respective future objectives and priorities, assumptions concerning general economic growth and the absence of unforeseen changes in the legislative and regulatory framework for the Company. Although management believes that the forward-looking statements are reasonable, actual results could be substantially different due to the risks and uncertainties associated with and inherent to Timia's business.

Material risks and uncertainties applicable to the forward-looking statements set out herein include, but are not limited to, the Company having insufficient financial resources to achieve its objectives; availability of further investments that are appropriate for the Company on terms that it finds acceptable or at all; successful completion of exits from investments on terms that constitute a gain when no such exits are currently anticipated; intense competition in all aspects of business; reliance on limited management resources; general economic risks; new laws and regulations and risk of litigation. Although Timia has attempted to identify factors that may cause actual actions, events or results to differ materially from those disclosed in the forward-looking statements, there may be other factors that cause actions, events or results not to be as anticipated, predicted, estimated or intended. Also, many of the factors are beyond the control of Timia. Accordingly, readers should not place undue reliance on forward-looking statements. Timia undertakes no obligation to reissue or update any forward-looking statements as a result of new information or events after the date hereof except as may be required by law. All forward-looking statements contained in this news release are qualified by this cautionary statement.