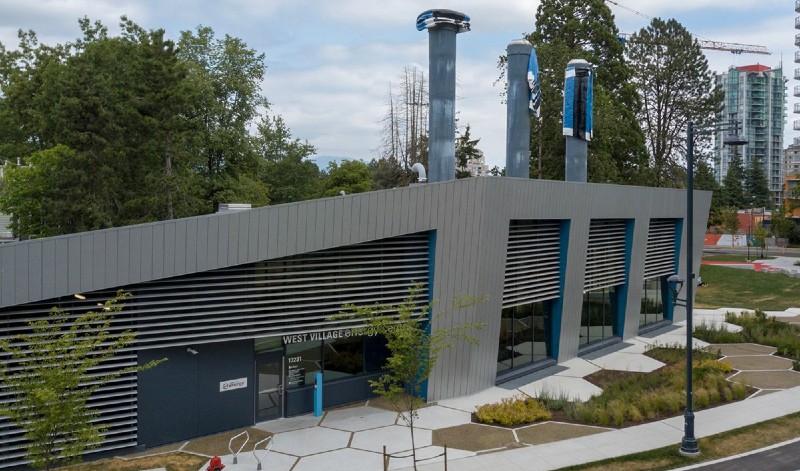 That means that waste heat collected from industrial sources, data centres, hockey rinks, and bioenergy facilities in rural areas can be harvested and transported by tanker trucks and then received by a thermal energy storage facility attached to a district energy network (DEN) like the one in Surrey Central.

There, the thermal energy is released and distributed, displacing a substantial portion of the network's natural gas consumption and the associated greenhouse gas (GHG) emissions.

The three-year project - Innovations in Mobile Thermal Energy Storage: Using Waste Heat to Power Communities - is a collaboration between SFU, the City of Surrey, Canmet ENERGY and the Pacific Institute for Climate Solutions (PICS).

Based on the Surrey district energy network's thermal energy needs in 2022, as few as six trucks making six trips a day could supply a baseload of 40 per cent of its peak space and water heating needs, according to a recent analysis published in the journal, Applied Sciences. The "Heat on Wheels" system is likely to be configured so that M-TES supplies the system's baseload needs, with natural gas boilers - or electric heat pumps - covering the peak demand times, which would require far fewer trucks and trips.

"What we realized is that we have more than enough waste heat to displace fossil fuels in these networks if we can move it from one location to another," says Majid Bahrami, who leads the project and research team at SFU's Laboratory for Alternative Energy Conversion. "This technology is being created for this purpose." 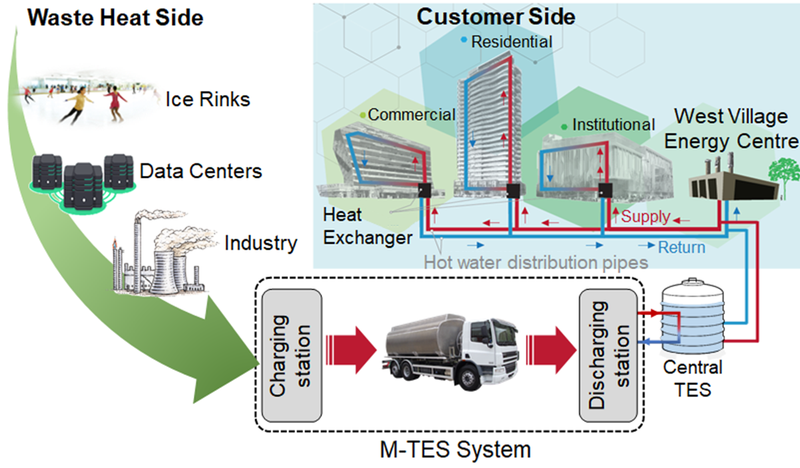 The heart of M-TES is a thermochemical liquid sorption system proposed and designed by Bahrami's team to deliver industrial waste heat to Surrey's DEN. The energy storage density (ESD) of the thermochemical solution is key to the feasibility of the system. The lab has several promising candidates, with potential to store energy up to ten times the density of hot water.

While the thermochemical storage solution is cutting edge, it will marry easily with conventional district energy networks across Canada and around the world, says Bahrami.Water-based district energy systems are common in Europe and are increasingly popular in North America, but moving energy over long distances from industrial sources can require hundreds of kilometres of heavily insulated pipeline, which is both expensive and inflexible.

M-TES can harvest energy from multiple sources and is easily scalable, by increasing fleet size. In addition to the cost of the trucks, a heat exchanger is required at the source of the waste heat and the point of delivery. Such heat exchangers are easily obtained off-the-shelf and Bahrami's team is developing technology to "charge and discharge" the storage solution.

"But the growth trajectories are really large, Surrey Central is going to be another Downtown Vancouver in scale and density," he says. While there are still engineering challenges to work out in Bahrami's lab, "this analysis certainly exceeds our expectations."