Andrew Petter Appointed as New Innovate BC Board Chair 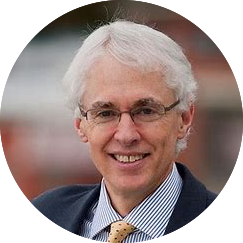 Innovate BC is a Crown agency that connects innovators in every industry and region with the funding, resources and support they need to build and grow companies.

"On behalf of the B.C. government, I am so pleased to welcome Andrew Petter as the new board chair for Innovate BC," said Ravi Kahlon, Minister of Jobs, Economic Recovery and Innovation. "Andrew is a visionary leader who will be instrumental in helping Innovate BC support entrepreneurs to launch and commercialize technologies, while generating jobs and economic growth in the province. I would also like to recognize and thank the outgoing Innovate BC board chair, Dr. Alan Shaver, for his leadership over the past three years."

Petter joins 14 other board members who are dedicated to the stewardship, leadership and operation of the board. The board works alongside the president and CEO of Innovate BC.

"Andrew Petter is a game changer in his ability to connect with communities while driving expansion, innovation and sustainability," said Raghwa Gopal, president and CEO, Innovate BC. "We're excited about the future and the leadership that Andrew will provide to Innovate BC and the province."

Petter has nearly two decades of post-secondary leadership experience at Simon Fraser University (SFU) and the University of Victoria. He was SFU's president and vice-chancellor from 2010 to 2020 and remains a professor in its School of Public Policy.

Petter brings a deep knowledge of government from his decade as an MLA where he also served in multiple cabinet positions, including minister of advanced education, training and technology, where he oversaw development of the Province's first high-tech strategy.

"It's a privilege to be appointed chair of Innovate BC's board as British Columbia emerges from COVID-19," Petter said. "Innovation has a major role to play in supporting the province's economic recovery and creating a robust economy for the future. I look forward to building on the great work undertaken by Innovate BC under my predecessor, Alan Shaver."

To learn more about Innovate BC, visit: https://innovatebc.ca/

To learn more about Innovate BC board and to view Andrew Petter's full bio, visit: https://innovatebc.ca/about/who-we-are/