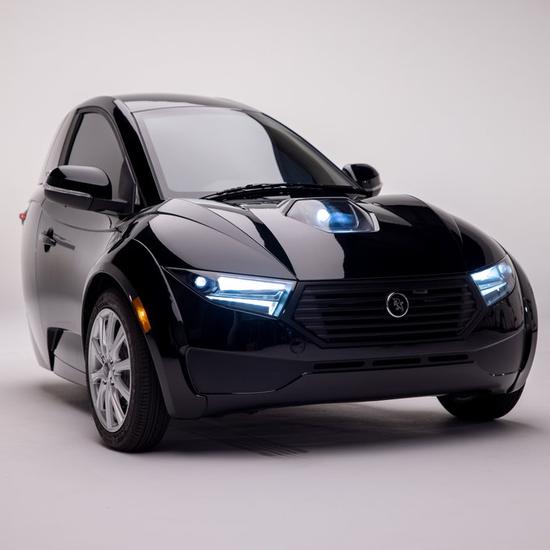 Vancouver, BC, April 14, 2021--(T-Net)--ElectraMeccanica Vehicles Corp. (NASDAQ: SOLO), a designer and manufacturer of electric vehicles, announced today that it has appointed Kevin Pavlov as its new Chief Operating Officer ("COO") effective May 1, 2021.

Pavlov will be responsible for overseeing operational growth as ElectraMeccanica ramps up commercial production with a focus on enhancing profitability and efficiency.

Prior to joining ElectraMeccanica, Pavlov most recently served as the COO of Karma Automotive. Pavlov has held various other senior leadership roles in his career, most notably at Magna International where he was, at different points in time, the COO of its E-Car Joint Venture, Global President and General Manager of Magna Electronics, and Executive Vice President of Magna's Services, Ventures, and Innovation Group.

Pavlov assumes the role which had been previously held by ElectraMeccanica's Co-Founder and Board Member, Henry Reisner, who will now become Executive Vice-President of ElectraMeccanica and President of its wholly-owned subsidiary, InterMeccanica. Reisner will continue to work actively with Pavlov to ensure a smooth transition in the coming months.

"Kevin's drive and skills will be critical in ramping up our SOLO mass production and establishing our assembly facility in the US," said Henry Reisner. "I look forward to working with Kevin and the team to propel ElectraMeccanica to the next level, while giving me time to focus on the e-Roadster vehicle line."

In their new roles, both Pavlov and Reisner will report directly to Paul Rivera, who, as part of these changes, assumes the additional title of President along with remaining Chief Executive Officer of the Company.

Kevin Pavlov stated, "I take great pride in joining Paul and the ElectraMeccanica organization by working alongside great people by converting individual energies into synergies. In the near term, my focus remains on rapidly scaling production of the flagship SOLO EV. In addition to ensuring near-term execution, I look forward to working with our President and CEO to build out our Mesa, AZ assembly facility and map out the next evolution of the vehicle line development."

Rivera added: "On a final note, on behalf of the entire Board, I would also like to extend my thanks and gratitude to Henry Reisner, who has built a solid foundation for ElectraMeccanica. His automotive expertise and involvement with the Company since its inception will continue to play a substantial part in our go-forward strategy."

These statements relate to analyses and other information that are based on forecasts of future results, estimates of amounts not yet determinable and assumptions of management. Any other statements that express or involve discussions with respect to predictions, expectations, beliefs, plans, projections, objectives, assumptions or future events or performance (often, but not always, using words or phrases such as "expects" or "does not expect", "is expected", "anticipates" or "does not anticipate", "plans", "estimates" or "intends", or stating that certain actions, events or results "may", "could", "would", "might" or "will" be taken, occur or be achieved) are not statements of historical fact and should be viewed as forward-looking statements. Such forward-looking statements involve known and unknown risks, uncertainties and other factors which may cause the actual results, performance or achievements of the Company to be materially different from any future results, performance or achievements expressed or implied by such forward-looking statements. Such risks and other factors include, among others, the availability of capital to fund programs and the resulting dilution caused by the raising of capital through the sale of shares, accidents, labor disputes and other risks of the automotive industry including, without limitation, those associated with the environment, delays in obtaining governmental approvals, permits or financing or in the completion of development or construction activities or claims limitations on insurance coverage. Although the Company has attempted to identify important factors that could cause actual actions, events or results to differ materially from those described in forward-looking statements, there may be other factors that cause actions, events or results not to be as anticipated, estimated or intended.