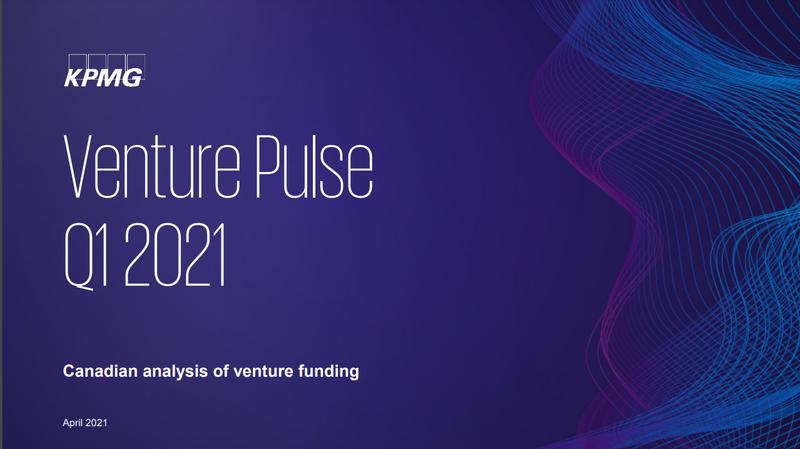 First-quarter venture capital (VC) funding in Canada set an all-time record of US$2.49 billion (C$3.12 billion), smashing the previous high of US$1.52 billion generated during the fourth quarter of 2019.

Foreign investment, primarily from the U.S., accounted for US$1.82 billion or nearly three quarters (73 per cent) of this record, reflecting sustained global interest in Canadian innovation.

"The entrepreneurial spirit is alive and well in Canada with foreign capital increasingly focused on funding promising ideas and companies," says Sunil Mistry, partner, Private Enterprise and Technology, Media and Telecommunications, KPMG in Canada. "While foreign investment is on track for record funding this year, we are also seeing Canadian VC firms becoming more active in later-stage rounds."

While there had been some concern that the pandemic would hold back funding, it has actually had an unexpected positive impact on the growth and funding of Canadian start-ups.

"We are seeing Canadian entrepreneurs attract world-class executive teams and larger growth-stage funding rounds, enabling them to build an increasing number of globally meaningful businesses," says Dan Wilson, partner and National Sector Lead for Technology at KPMG in Canada. "The shift to remote work is also benefiting them. They can now not only hire experienced leaders to help them scale up, but also offer college or university graduates exciting opportunities. The combination of attracting top talent and later stage capital is resulting in impressive funding milestones."

According to the KPMG Venture Pulse report, the first-quarter surge was driven by five separate rounds of US$100 million or more, spanning several industries, including blockchain platform Dapper Labs, Canada's newest unicorn, which raised US$350 million, and mineral exploration and production company High Power Exploration that raised US$200 million. Both are based in Vancouver.

First-quarter deals totalled 157, of which 54 were angel or seed financings, 39 were early stage (those in the development phase), and the remaining 64 were later stage for more mature companies with proven growth and revenue but may or may not be profitable. By comparison, fourth-quarter deals had more seed (63) and early stage (57) financings and fewer later stage ones (47).

"As we saw in 2020, the impact of COVID-19 has not curtailed investment in Canadian technology and other high-growth sectors," says Anuj Madan, partner and National Sector Leader, Technology, Media & Telecommunications, KPMG in Canada. "To the contrary, VC investment has soared to new heights, solidifying Canada's position as an innovation hub that's creating global disruptors. While we are optimistic this pace will continue into the latter half of 2021, we do however expect investors will focus on the investments they've made over the past six months." 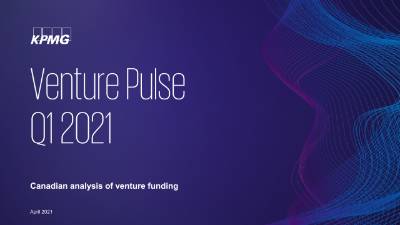 KPMG LLP, a limited liability partnership, is a full-service Audit, Tax and Advisory firm owned and operated by Canadians. For over 150 years, our professionals have provided consulting, accounting, auditing, and tax services to Canadians, inspiring confidence, empowering change, and driving innovation. Guided by our core values of Integrity, Excellence, Courage, Together, For Better, KPMG employs nearly 8,000 people in over 40 locations across Canada, serving private- and public-sector clients. KPMG is consistently ranked one of Canada's top employers and one of the best places to work in the country.

The firm is established under the laws of Ontario and is a member of KPMG's global organization of independent member firms affiliated with KPMG International, a private English company limited by guarantee. Each KPMG firm is a legally distinct and separate entity and describes itself as such. For more information, see home.kpmg/ca