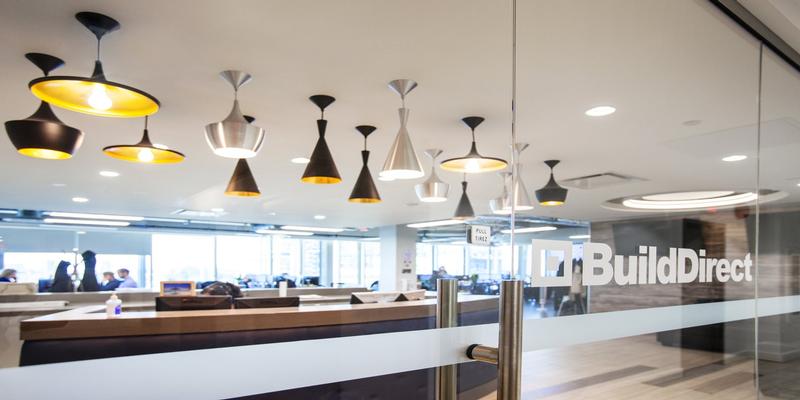 Vancouver, BC, May 10, 2021--(T-Net)--Vancouver-based ecommerce company BuildDirect.com Technologies Inc. and VLCTY Capital Inc. (TSXV: VLCY.P)  announced that they have entered into a binding letter of intent to complete a transaction that will result in a reverse take-over of VLCTY by BuildDirect.

The Proposed Transaction will be an arm's length transaction, and, if completed, will constitute VLCTY's "Qualifying Transaction" (as such term is defined in Policy 2.4 - Capital Pool Companies ("Policy 2.4") of the TSX Venture Exchange Corporate Finance Manual).

VLCTY and BuildDirect will issue a subsequent news release setting out further information contemplated in Policy 2.4.

The Proposed Transaction is expected to be structured as a 'three-cornered amalgamation' pursuant to the provisions of the CBCA, whereby VLCTY will incorporate a wholly-owned subsidiary under the CBCA, which will amalgamate with the Corporation to form a newly amalgamated company ("Amalco").

The subscription receipts which will automatically convert into post-Consolidation VLCTY Shares immediately prior to the completion of the Proposed Transaction (the "Concurrent Financing").

The Concurrent Financing will be led by CIBC Capital Markets and Canaccord Genuity Corp., as co-lead agents. Notwithstanding the foregoing, at the time of such financing, the Corporation will consider, among other things, general market conditions, the development and growth of the Corporation along with the capital requirements necessary to execute on the business plan and strategy of the Corporation and may revise or adjust the scope of the financings accordingly.

Other online sources have indicated the private placement and concurrent financing to be in the neighbourhood of approximately $20 million gross proceeds.

Prior to completion of the Proposed Transaction and subject to approval by the TSXV and the filing of all required materials, BuildDirect will reconstitute the board of the directors of VLCTY with nominees suitable to BuildDirect which individuals will comprise the board of directors of the Resulting Issuer. Further, the officers of the Resulting Issuer will be determined prior to completion of the Proposed Transaction.

BuildDirect was incorporated on October 20, 1999 pursuant to the Canada Business Corporations Act. The Corporation is not a reporting issuer in any province or territory of Canada. BuildDirect is an innovative marketplace for purchasing and selling building materials online. The BuildDirect platform connects homeowners and home improvement professionals in North America with suppliers and sellers of quality building materials from around the world, including flooring, tile, decking and more. BuildDirect's year-over-year growth, proprietary heavyweight delivery network, and digital reach have served to solidify its role as a ground-breaking player in the home improvement industry.

VLCTY was incorporated on September 16, 2019 pursuant to the provisions of the Business Corporations Act (British Columbia) and is a Capital Pool Company (as defined in the Manual) listed on the TSXV and a reporting issuer in the Provinces of British Columbia, Alberta and Ontario. VLCTY has no commercial operations and no assets other than cash.

In addition, prior to the Amalgamation, each outstanding VLCTY common share (the "VLCTY Shares") and security convertible into a VLCTY Share shall be adjusted in accordance with its terms to account for the Consolidation (as defined below) and, in respect of certain of the VLCTY stock options, to amend the expiry date of such options to a date that is 12 months following completion of the Proposed Transaction.

In connection with the Proposed Transaction, it is anticipated that VLCTY will consolidate the VLCTY Shares (the "Consolidation") on the basis of an agreed upon formula which will correspond with the issue price of the securities to be issued by BuildDirect pursuant to its Concurrent Financing as defined below.

This press release contains statements which constitute "forward-looking statements" and "forward-looking information" within the meaning of applicable securities laws (collectively, "forward-looking statements"), including statements regarding the plans, intentions, beliefs and current expectations of VLCTY and BuildDirect with respect to future business activities and operating performance. Forward-looking statements are often identified by the words "may", "would", "could", "should", "will", "intend", "plan", "anticipate", "believe", "estimate", "expect" or similar expressions and includes information regarding: (a) expectations regarding whether the Proposed Transaction will be consummated, including whether conditions to the consummation of the Proposed Transaction will be satisfied including, but not limited to, the necessary board, shareholder and regulatory approvals and the timing associated with obtaining such approvals, if at all; (b) the timing for completing the Proposed Transaction, if at all, and the conditions to such transaction; (c) whether and on what basis the VLCTY Shares will be consolidated and if the Consolidation will be approved by shareholders and the timing associated therewith; (iv) the timing associated with entering into the Definitive Agreement and the terms and conditions therein; (v) the Financing including the size and timing associated with completing such financing; (vi) the preparation and delivery to shareholders of a management information circular, the timing associated with its preparation and delivery to shareholders and the convening of the necessary shareholders meeting; (vii) the business plans and expectations of the Corporation; (ix) trading in VLCTY Shares and when such trading will resume, if at all; (ix) the issuance of and timing associated with issuing a further comprehensive news release or news releases; and * expectations for other economic, business, and/or competitive factors.

Investors are cautioned that forward-looking statements are not based on historical facts but instead reflect VLCTY and BuildDirect's respective management's expectations, estimates or projections concerning future results or events based on the opinions, assumptions and estimates of management considered reasonable at the date the statements are made. Although VLCTY and BuildDirect believe that the expectations reflected in such forward-looking statements are reasonable, such statements involve risks and uncertainties, and undue reliance should not be placed thereon, as unknown or unpredictable factors could have material adverse effects on future results, performance or achievements of the Resulting Issuer. Among the key factors that could cause actual results to differ materially from those projected in the forward-looking statements are the following: the ability to consummate the Proposed Transaction; the ability to obtain requisite regulatory and shareholder approvals and the satisfaction of other conditions to the consummation of the Proposed Transaction on the proposed terms and schedule; the potential impact of the announcement or consummation of the Proposed Transaction on relationships, including with regulatory bodies, employees, suppliers, customers and competitors; changes in general economic, business and political conditions, including changes in the financial markets; changes in the perception and demand for cannabis in both local and export markets; changes in applicable laws and regulations both locally and in foreign jurisdictions; compliance with extensive government regulation and the costs associated with compliance; costs of building and developing projects and product opportunities; the risks and uncertainties associated with foreign markets; and the diversion of management time on the Proposed Transaction. These forward-looking statements may be affected by risks and uncertainties in the business of VLCTY and BuildDirect and general market conditions, including Covid-19.

Should one or more of these risks or uncertainties materialize, or should assumptions underlying the forward-looking statements prove incorrect, actual results may vary materially from those described herein as intended, planned, anticipated, believed, estimated or expected. Although VLCTY and BuildDirect have attempted to identify important risks, uncertainties and factors which could cause actual results to differ materially, there may be others that cause results not to be as anticipated, estimated or intended and such changes could be material. VLCTY and BuildDirect do not intend, and do not assume any obligation, to update the forward-looking statements except as otherwise required by applicable law.

Investors are cautioned that, except as disclosed in the management information circular or filing statement of VLCTY to be prepared in connection with the Proposed Transaction, any information released or received with respect to the Proposed Transaction may not be accurate or complete and should not be relied upon. Trading in the securities of VLCTY should be considered highly speculative.

The TSXV has in no way passed upon the merits of the Proposed Transaction and has not approved or disapproved of the contents of this news release.

Neither the TSXV nor its Regulation Services Provider (as that term is defined in the policies of the TSXV) accepts responsibility for the adequacy or accuracy of this release.