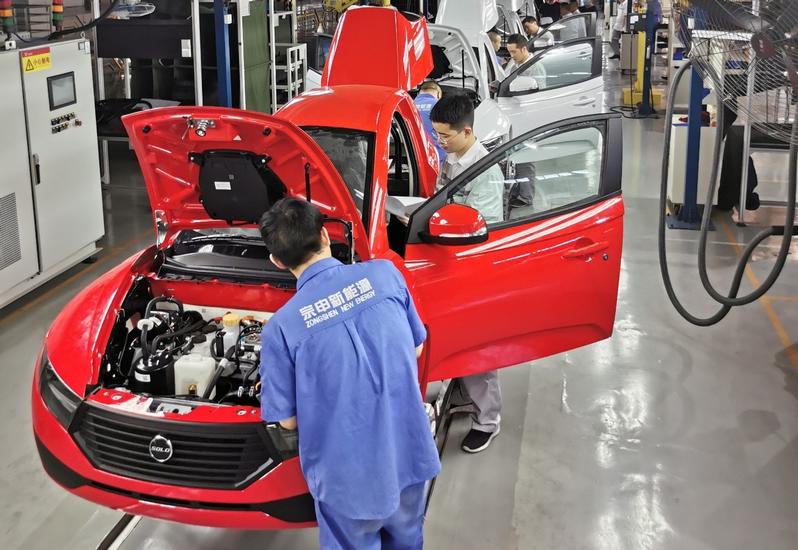 Vancouver, BC, May 26, 2021--(T-Net)--ElectraMeccanica Vehicles Corp. (NASDAQ: SOLO), a designer and manufacturer of electric vehicles, reported financial results for the first quarter ended March 31, 2021 in conjunction with the filing of its Quarterly Report on Form 6-K earlier today.

"In the first quarter of 2021 we continued making progress on several major initiatives, including finalizing customer-ready designs, increasing production throughput, optimizing logistics and supply chain management and taking additional steps towards realizing our U.S. assembly facility and engineering technical center," said Company CEO Paul Rivera. "With the addition of our new COO Kevin Pavlov, we have begun to lay the groundwork for scaled operations for the coming years with a continued focus on enhancing profitability and efficiency. Looking ahead, our company is in its strongest-ever financial position, which will allow us to invest confidently for our long-term growth plans."

Company CFO Bal Bhullar added: "The focus of this quarter was on preparing ElectraMeccanica for what's coming next. Ending the quarter with more than $260 million in cash provides us with the capital to not only execute on nearer-term initiatives like expanded production and our U.S. based assembly facility and engineering technical center but also to invest judiciously into R&D for the road ahead. To date, our asset light approach has allowed us to maintain a relatively low risk profile. In the coming quarters, we will be putting our new capital to use while maintaining that same conservative capital allocation model in the process."

In connection with the appointment of Kevin Pavlov to the Chief Operating Officer role, on April 13, 2021, the Company announced that Co-Founder and former COO Henry Reisner would take the title of Executive Vice President of ElectraMeccanica and President of its wholly-owned subsidiary, InterMeccanica. Reisner will be working alongside Pavlov to assist with this transition as he takes a more active role working on the e-Roadster model.

Henry Reisner, who has been with the Company since its inception, recently established an Automatic Securities Disposition Plan (the "ASDP") in accordance with applicable United States and Canadian securities legislation, including the recommended practices set forth in the recently issued Canadian Securities Administrators' Staff Notice 55-317 ("Staff Notice 55-317") and the Company's internal securities trading and insider policies. While ElectraMeccanica is listed on the Nasdaq Capital Market, it is also a reporting issuer under the Securities Act (British Columbia) and is, therefore, announcing the establishment of the ASDP in furtherance of the recently published guidance provided in Staff Notice 55-317.

Under U.S. and Canadian securities laws and the Company's trading policies, insiders of the Company are subject to certain limitations on their ability to sell shares in the Company. The ASDP addresses this issue by permitting trades to be made in accordance with pre-arranged instructions given when the Executive is not in possession of any material undisclosed information about the Company.

The ASDP is designed to allow for an orderly disposition of the Executive's common shares in the Company at prevailing market prices over the course of 12 months that the ASDP is expected to be in place. In accordance with the ASDP, the Executive may sell up to 250,000 Company common shares per quarter and up to 1,000,000 annually. The Executive has provided clear trading parameters and other instruments in writing to the independent dealer administrating the ASDP, specifying the number of common shares to be sold and setting out minimum trade prices and maximum volumes based on the current trading price of the Company's common shares and the dates or frequency of sales. The ASDP prohibits the dealer administrating the ASDP from consulting with the Executive regarding any sales under the ASDP and prohibits the Executive from disclosing to the dealer any information concerning the Company that might influence the execution of the ASDP. The ASDP contains meaningful restrictions on the ability of the Executive to amend, suspend or terminate the ASDP.