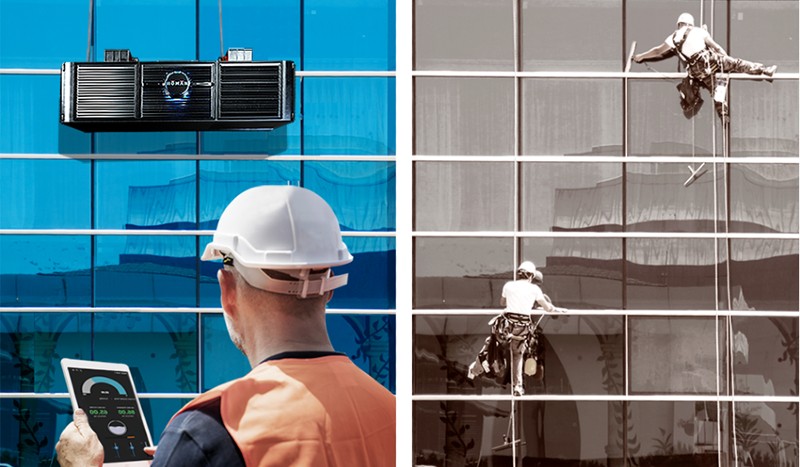 Vancouver, BC, June 11, 2021--(T-Net)--Hossein Kamali is on a mission to bring the high rise window cleaning business into the 21st century, keeping people safe in the process.

Even the challenges of a worldwide pandemic haven't stopped the up-and-coming entrepreneur from advancing his first-of-its-kind robot that can mimic the behaviour of human window washers — including getting into the nooks and crannies of all types of building facades. 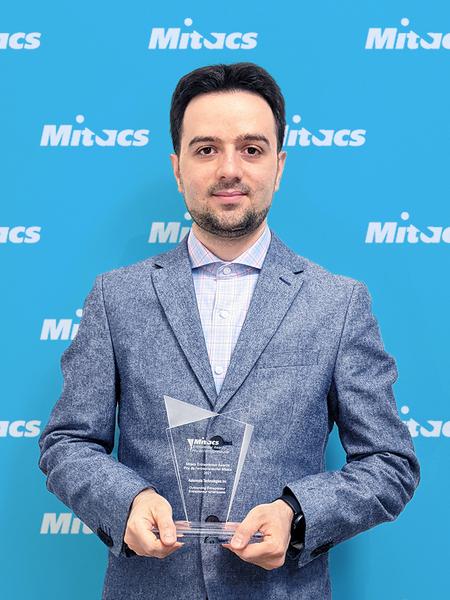 In recognition of his efforts to advance the robot through his startup, Vancouver-based Autonopia, Kamali — a Mitacs postdoctoral researcher in Mechatronic Systems Engineering at Simon Fraser University, and Autonopia Co-founder and CTO — was presented the Mitacs Outstanding Entrepreneur Award on June 10 at a virtual awards ceremony.

The idea for a window washing robot was born when Autonopia Co-Founder Mohammad Dabiri witnessed a traumatizing incident firsthand while at work in a high rise office building in Southeast Asia. "It felt really absurd to me that people were putting their lives at risk, just to clean windows," Dabiri said. "If you compare how the Empire State Building was cleaned in 1930 to how it's done today, it's more or less the same process." 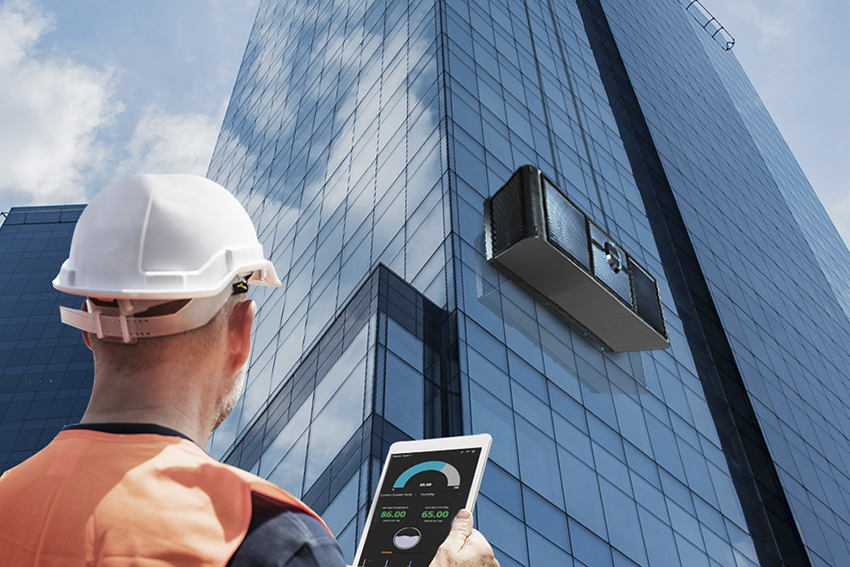 Dabiri partnered with Kamali to launch Autonopia in 2019 and, since then, the company has been working to remove the element of human risk from the window cleaning business. At the same time, they're helping to solve the major obstacle facing the window cleaning industry today: reliance on manual labour that is difficult to attract and retain.

"It's intimidating, hard work that most workers don't want to do," said Dabiri, noting that on average, windows on commercial skyscrapers are cleaned four times a year and windows on residential high rises are cleaned twice a year. "There's high overhead to manage the hiring, allocation and training of workers, and sometimes they quit as soon as it comes time to go on a high rise."

Earlier attempts at window washing robots were limited by their ability to work on flat, glass surfaces only. Autonopia's robot — which is scheduled to begin its first pilot project early next year — can operate on any façade or surface structure, no matter how complicated. It works three to four times as fast as a human, and can withstand wind and cold temperatures, leading to significant operational efficiencies in a business that is pegged at roughly US$5.1 billion in the U.S. alone.

The robot's modular, plug-and-play design also enables it to work on any building, without requiring additional infrastructure to be installed, added Kamali.

"We realized this problem has existed for a while and yet none of the available solutions has managed to scale," he said. "We shortlisted our ideas, went through systematic review and engineering feasibility studies, and we now have a breakthrough design we believe is poised to change the industry."

As the company prepares for next year's pilot, it will welcome its first full-time employee in July, with additional hires in the pipeline for the remainder of the year. It is also seeking investors as it looks to raise its first round of seed funding this summer.

"Sometimes people make the argument that automation takes jobs away from people, but in this case, we're actually saving people's lives and creating new opportunities for them to work safer, easier and smarter," said Kamali, explaining that robots require skilled supervisors to oversee the work. "Why would you want to keep things manual, inefficient and dangerous? It doesn't really make sense."

Kamali is one of five winners of the Mitacs Entrepreneur Award who are being recognized for their efforts to turn their research into an innovative business that impacts the lives of Canadians. 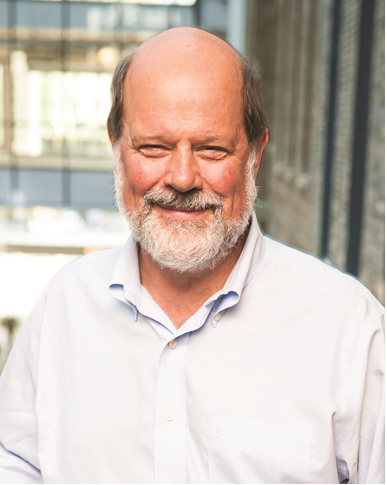 "Supporting innovation is essential to help Canada rebound from the repercussions of the global pandemic, and Mitacs is extremely proud of the remarkable accomplishments achieved by our network of talented entrepreneurs," said Mitacs CEO and Scientific Director John Hepburn. "We are thrilled that our continued investment in talent, research and development is translating into more and more Mitacs interns successfully turning their groundbreaking research into dynamic startups, helping to boost both Canada's economy and our country's position on the global innovation stage."

Autonopia was founded with a simple vision: to build autonomous systems specifically designed to enable workers to do what they are not capable of doing, or is too risky or harsh for them.