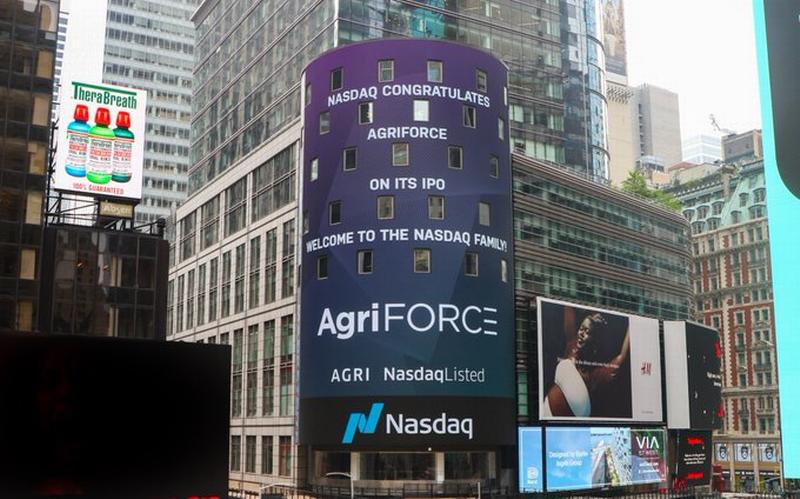 Vancouver, BC, July 26, 2021--(T-Net)--AgriFORCE Growing Systems Ltd. (Nasdaq:AGRI), announced the closing of an underwritten initial public offering (IPO) of 3,127,998 units, each consisting of one common share and one Series A warrant to purchase one common share, at a public offering price of $5.00 per share for gross proceeds of approximately $15.6 million.

The Company's common shares and Series A warrants began trading on the Nasdaq Capital Market this month under the symbols "AGRI" and "AGRIW", respectively.

AgriFORCE also announced that it has promoted Troy McClellan to President of the AgriFORCE Solutions division.

In his new role, Mr. McClellan will be responsible for leading the commercial development strategy, with a focus on leveraging AgriFORCE IP and solutions across multiple divisions, vertical markets, and regions.

Mr. McClellan has successfully led the team in the design and development of AgriFORCE growing facilities, systems, operations, IP, and breakthrough technologies as the Company's Vice President of Design and Construction.

Prior to AgriFORCE, he held the role of Vice President of Design and Development at W!GU City ("When I Grow Up"), a learning-based community where kids, parents, educators, and brand partners come together. Prior to that, Mr. McClellan held senior design and project management positions at MGM, Macau, Wynn Design & Development and Universal Studios, Japan. Mr. McClellan is a registered professional architect and received his master's degree in Architecture from Montana State University. 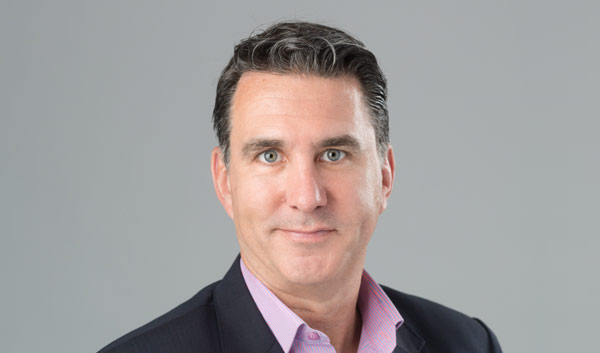 Ingo Mueller, CEO of AgriFORCE, stated, "I am pleased to announce this promotion of Troy, which recognizes his tremendous contributions in advancing the development of our automated growing system and facility design. He has established himself as an industry pioneer, transforming modern agriculture through new technological approaches to producing high-quality, pesticide-free crops that can be grown cost-effectively in virtually any climate. In this leadership role, Troy will be instrumental in continuing to evolve our IP internally and through acquisitions, as well as applying our precision growth method to other agricultural areas so that we can be a part of the solution in fixing the severe issues within the global food supply chain."

Mr. McClellan noted, "I am honored to take on this new role at such an exciting time in the Company's evolution. AgriFORCE's proprietary IP addresses many of the key supply chain issues facing the agricultural industry, as our facilities can be constructed in virtually any environment and close to consumers, ensuring a sustainable food supply. Through a combination of lighting design, automated systems, fertigation and nutrients, as well as micropropagation and genetics, AgriFORCE has developed a sustainable solution for producing the highest quality and pesticide-free high-value crops, nutraceuticals and pharmaceuticals on a global level. Overall, I believe we have built a highly scalable business - positioning us to become a significant player in the agricultural industry."

AgriFORCE Growing Systems Ltd. is an agriculture-focused technology company that is developing systems that are intended to deliver innovative, reliable and financially robust solutions for high value crops through its proprietary facility design and automation intellectual property to businesses and enterprises. The Company intends to operate in the plant based pharmaceutical, nutraceutical, and other high value crop markets using its unique proprietary facility design and hydroponics-based automated growing system that enable cultivators to effectively grow crops in a controlled environment. The Company calls its facility design and automated growing system the "AgriFORCE grow house". The Company has designed its AgriFORCE grow house to produce in virtually any environmental condition and to optimize crop yields to as near their full genetic potential possible while substantially eliminating the need for the use of pesticides and/or irradiation.

(1) prior to deducting underwriting discounts, commissions, and other offering expenses.

The Securities and Exchange Commission ("SEC") declared effective a registration statement on Form S-1 relating to these securities on July 7, 2021. A final prospectus relating to this offering was filed with the SEC. The offering was made only by means of a prospectus, copies of which may be obtained from: EF Hutton, division of Benchmark Investments, LLC, 590 Madison Avenue, 39th Floor, New York, NY, 10022, Attention: Syndicate Department, or via email at syndicate@efhuttongroup.com or telephone at (212) 404-7002.

This press release contains statements that constitute "forward-looking statements," including with respect to the Company's initial public offering. No assurance can be given that the offering will be completed on the terms described, or at all. Forward-looking statements are subject to numerous conditions, many of which are beyond the control of the Company, including those set forth in the Risk Factors section of the Company's registration statement and preliminary prospectus for the offering filed with the SEC. Copies are available on the SEC's website, www.sec.gov. The Company undertakes no obligation to update these statements for revisions or changes after the date of this release, except as required by law.