Vancouver, BC, July 27, 2021--(T-Net)--The Vancouver Economic Commission (VEC) has announced that its Director of the Creative Economy David Shepheard has joined Martini Film Studios as VP of Operations.

A natural evolution of his work of nearly five years as Vancouver's first film commissioner, Shepheard's new role will see him continue to facilitate investment into the region while overseeing state-of-the-art infrastructure and enabling the development of Canadian content and IP.

In turn, VEC said it anticipates closely collaborating with Mr. Shepheard to continue supporting this crucial and resilient economic pillar. An estimated one in 20 people in the region works in the film and television industry, which has paid more than $14 billion in wages to British Columbians since 2012.

"Vancouver continues to be one of the top global production hubs for film, TV, animation and VFX. Its talented crew and facilities have a reputation of being some of the best in the business," says Shepheard. "It has been an honour being Vancouver's first film commissioner; I look forward to supporting Vancouver and the region in my next role at Martini Film Studios."

Since joining VEC in October 2016, David Shepheard has elevated Vancouver and B.C.'s profile in the global film ecosystem. He has helped establish a strong voice and relationship for Vancouver in major film hubs while deepening relationships both locally, nationally and internationally with other film industry stakeholders. In addition, he helped develop a nationwide film commission network to coordinate Canada's film investment attraction initiatives on the world stage.

Shepheard's other accomplishments for the sector include his efforts to facilitate opportunities for major film studios, streaming providers and content producers to invest in the Vancouver region and its talent. His work has directly led to improved understanding of - and necessary support for - the sector by government officials' and the public.

"David's leadership as our first film commissioner has been one of the biggest reasons why Vancouver continues to be one of the top destinations in the world for film, television, animation, and VFX production," says Mayor Kennedy Stewart. "His work has made our approach to this critical part of our local economy more professional and more global, with impacts that will be felt for years to come."

"I have every confidence VEC will continue to work overtime in support of the film and content creation file, which is a major employer in Metro Vancouver providing numerous and diverse jobs for local crew, creatives and talent," says Shepheard. "I expect to continue collaborating with VEC on building the Canadian IP, studio infrastructure and industry conditions so needed to enable and sustain the long-term success of this vital sector." 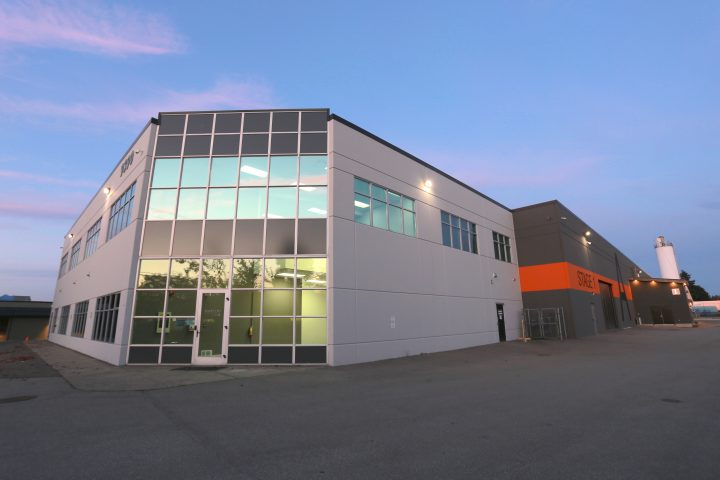 Martini Film Studios provides a full-service production facility to meet the needs of the most demanding film and television projects.

All three individual studios are constructed of tilt-up concrete, with acoustical insulation, sound doors, and have mill, wardrobe, and office spaces attached to serve the growing needs of North American filmmakers and producers.