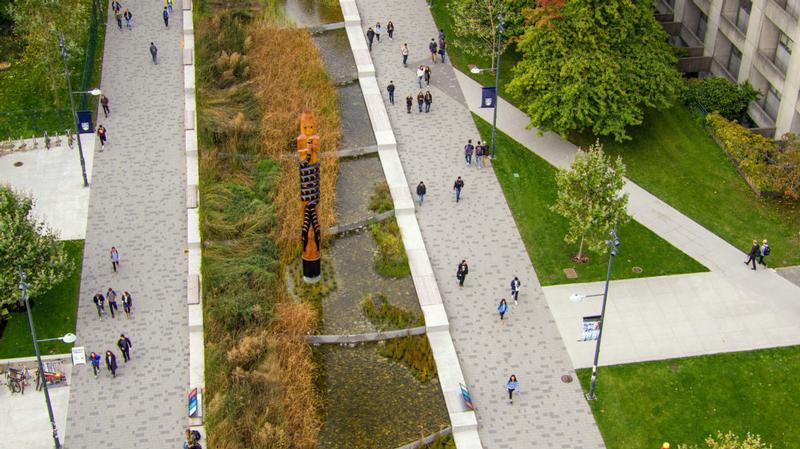 Vancouver, BC, July 30, 2021--(T-Net)--Twice a week over this past spring, Joe Stevens, residence life manager in Orchard Commons, headed to a room on the third floor of the building. There, he self-administered a COVID-19 test that provided results in under 15 minutes, while also contributing to important scientific research.

"I live in residence during the week and see my partner on weekends," he explains. "So, I would do rapid tests on Friday before going to see my partner, and then on Tuesdays it would be a way of following up on the weekend."

Stevens was one of more than 1,000 participants in a UBC pilot project running from February to April— the first of its kind at a Canadian university.

It offered rapid antigen testing to asymptomatic students and staff living and working in student residences, Greek houses, as well as some UBC varsity teams. He also played a key role as the self-isolation coordinator for the project, helping any students who did test positive settle into safe and comfortable self-isolation suites at Walter Gage.

The project initially helped identify positive cases of the virus in asymptomatic individuals who were quickly moved into isolation.

Now, it has expanded into a clinical trial of the SARS-CoV-2 Rapid Antigen Test, developed by Roche, and is open to anyone living or working at UBC until August 20. 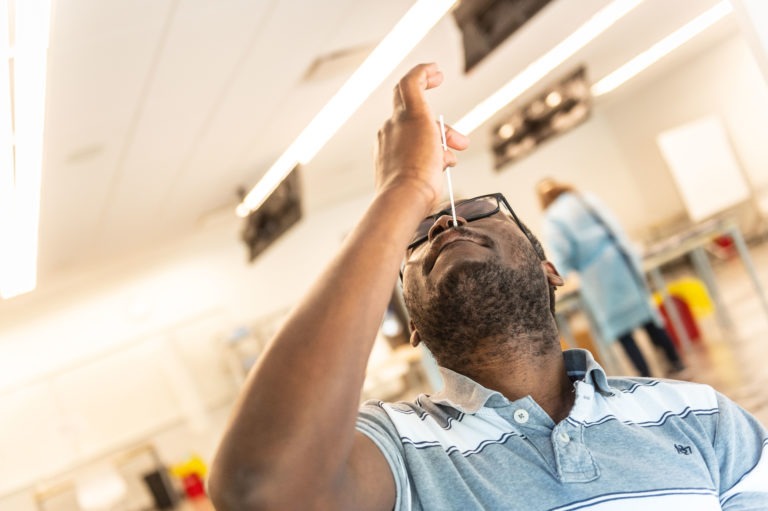 Led by the UBC school of nursing, in collaboration with Safety and Risk Services, Student Housing and Community Services, Vancouver Coastal Health, Health Canada and Providence Health, the trial offers the opportunity for UBC students, faculty and staff to contribute to making more rapid COVID-19 tests available across Canada.

Easy and over in minutes

"We've decided to open the trial up to all students, faculty and staff," explains Dr. Sabrina Wong, Professor, UBC school of nursing, the Centre for Health Services and Policy Research and the trial's clinical lead.

"This trial provides a service to UBC, and we're very interested in the self-administration side of the test. We want to see a diversity of people coming through—all ages, all ethnicities, abilities and genders, people in different living situations—to understand where the test works best."

The test itself is quite user-friendly and involves swabbing just the front part of the nose, Dr. Wong explains. "You put the swab in a buffer solution and then you put the buffer on a test strip," she says. "It's much like a pregnancy test. There's one line if it's negative, and two lines if it's positive."

In order to gather data for the clinical trial, a nurse then administers the same test again. But on subsequent visits to the site, participants won't need this second test.

The turnaround time for results is about 15 minutes.

"It basically tells you right at that time if you're infectious or not," says Dr. Wong. "It's fairly accurate in terms of telling you if you're infectious in that moment. If you live in a residence in congregate housing, that's important to know. Or, if you were going to a large event, you could get that assurance right away."

If someone tests positive

Anyone who tests positive at the UBC site is then given a deeper nasal swab that is fast-tracked for confirmation at St. Paul's Hospital.

For students in residence who did test positive over the school year, there was a team of staff ready to jump into action—including Stevens.

"I'm the first person that they talked to after they spoke to the nurse who said, 'You've screened positive,'" says Stevens. "I was that person to reassure them and walk them through what's going to happen next."

Like all residence life managers, Stevens was on call 24-7, on-hand to help day and night if anyone needed anything. "For every student who went into self-isolation, we would check in on them at whatever level of frequency they wanted," he says. "Some students would want you to phone them every day, and they really appreciated that."

If a student in isolation needed something from their room or help with finding academic supports, Stevens would be there to assist: "That would become my role—to go pick up stuff for them, or help coordinate their parents to come. Other parts of my role might be reaching out to resources at the university to make sure that professors were aware that the student might need accommodations during that time."

The fast actions of the nurses and staff, together with the rapid test results, were critical to breaking potential chains of transmission, notes Andrew Quenneville, associate director of residence life. 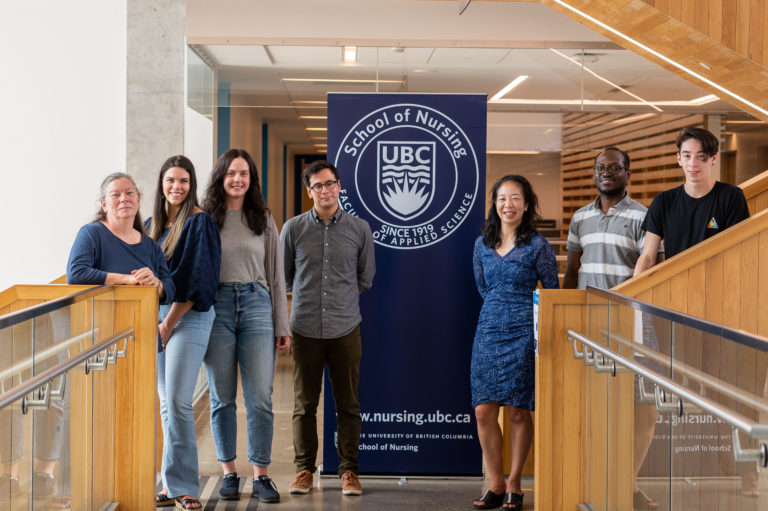 "For the students who participated in the rapid testing clinic, the clinic provided a lot of reassurance," he says. "While they may not have symptoms, the ability to intervene early if they did test positive for COVID-19 and self-isolate, and potentially prevent spreading it, was of high value."

As the number of students in residence at UBC has dwindled over the summer, and vaccinations have contributed to a rapid decline in new COVID-19 cases, Dr. Wong is encouraging the campus community to take advantage of the rapid testing trial and help pave the way for a quick and easy over-the-counter COVID-19 test.

"We see these tests playing a role in higher risk groups, including people who live in congregate housing, or in varsity athletics where people are training intensely together and can't afford to take time off for some isolation," she says. "We also see it being used when travel opens up again. There are countries where the vaccination rates aren't as high as in Canada, and we do get international visitors here."

For Stevens, his twice-weekly COVID-19 tests not only gave him peace of mind but helped him play a part in keeping the campus community safe.

"I did it for two main reasons," he says. "My presence, I hoped, would make students feel more comfortable to go and get tested. And the other part was just for myself, because I wouldn't want to spread this to anyone else."

UBC Okanagan is offering COVID-19 rapid testing at on-campus clinics until August 27, as part of a pilot project supported by the BC Centre for Disease Control. Learn more.