Vancouver, BC, August 18, 2021--(T-Net)--WOW! Unlimited Media (TSXV: WOW; OTCQX: WOWMF) announced today that, after a year of record growth, its Mainframe Studios subsidiary is expanding to open a new virtual studio based in Toronto, in addition to its studio in Vancouver.

Known for its award-winning CG-animated productions, the Vancouver-based studio has grown from 400 to over 650 people since 2020 and continues to grow with new opportunities including a Spin Master project.

Mainframe President and Chief Creative Officer, Michael Hefferon said, "We've had a record-breaking year in so many respects; continuing to work with global A-list clients such as DreamWorks on industry-acclaimed projects such as Madagascar: A Little Wild, while also building on our incredible culture by recruiting award-winning talent in animation." 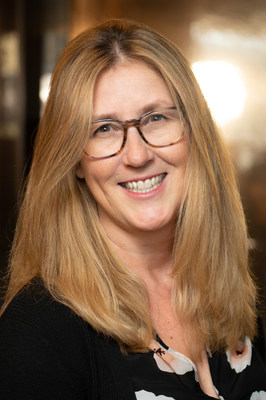 "We've had our eye on the amazing talent in Eastern Canada for years," stated Mainframe Executive Vice President, Kim Dent Wilder. "In addition to our Global Studio Pipeline, our recent growth speaks to Mainframe's strong position to manage projects, attract great talent and provide the necessary tools for artists including the ability to collaborate virtually across Canada."

Mainframe's commitment to a long-term work from home strategy provides flexibility to its teams with a strong focus on work-life balance. This approach will provide opportunities for talent across Ontario.

In the last four years, Mainframe has produced three original properties, and currently boasts 12 titles in production, including 11 CG series and the studio's first 2D animated series, The Guava Juice Show, a YouTube Originals slated for release in late 2021.

Since 1993, Mainframe Studios has been a leader in the field of animation, producing creative, ground-breaking content for some of the world's biggest branded properties and studios. Mainframe has produced 1,200+ episodes, 70+ movies and three feature films. The studio harnesses the creative power of its global talent base, along with the latest innovative technology, to create top-tier animated productions for broadcasters, clients and partners. Recent projects include Madagascar: A Little Wild for DreamWorks Animation, Octonauts specials, along with Knowledge Network special Luna, Chip & Inkie: The Festival of Wishes, Mattel's Barbie Dreamhouse Adventures, and the Netflix Original Series Spy Kids: Mission Critical.

Neither TSXV nor its Regulation Services Provider (as that term is defined in the policies of the TSXV) accepts responsibility for the adequacy or accuracy of this release.