Based on current Ethereum and Bitcoin prices, the company says it is generating daily income of $550,000, which translates to an annual run rate of $200 million.

In addition HIVE said in a release that it continues to strengthen its miner purchasing pipeline with the purchase of 4,000 next generation miners with an aggregate operating hash power of 272 PH/s.

With the addition of the 3,019 high performance Bitcoin miners that was announced on July 12, 2021, and additional miners that have been received since as part of our miner purchase program, the company currently has a total bitcoin operating hash rate of 925 Petahash per second (PH/s). This puts them on track of their previous projections of reaching 1 Exahash per second (EH/s) of Bitcoin operating hash rate in August.

The company says it is currently project tripling our operational Bitcoin mining rate from here by the end of calendar year 2021, supported by today's announcement of new miner purchases.

The company says its strong Global HIVE Hash Rate is resulting in a daily income of over $550,000, or an annual run rate of $200 million, based on the current difficulty, global hash rates, and Bitcoin and Ethereum prices, with estimated annual expenses of $25 million. As expansion ramps up this number will increase.

The company noted in its release that "As always, we caution our investors that Bitcoin and Ethereum continue to have a high daily volatility of plus or minus 6% and investors need to be aware of this volatility".

This new equipment sourced from a top global manufacturers is expected to be received and in operation within the next 60 days, delivered in 2 tranches, with 2,000 miners in August, and 2,000 miners in September 2021.

"This strategic purchase of equipment was realized as a result of the very strong relationships that our team have with the leading manufacturers in the ASIC miner space." Frank Holmes, Executive Chairman of HIVE continued, "This transaction is part of our continuous momentum that we have for steady and controlled growth to be the leading clean and green miner in our industry."

Today's announcement is part of the company's continuing strategy to increase their bitcoin mining capacity. HIVE says it intends to continue utilizing cash flow to make opportunistic investments in ASIC and GPU next generation mining equipment that can provide positive gross mining margins.

The company also noted that they are making good progress on new data center construction at our New Brunswick, Canada site.

Here are some recent pictures of the foundation of what will be a 20-megawatt Bitcoin mining facility. 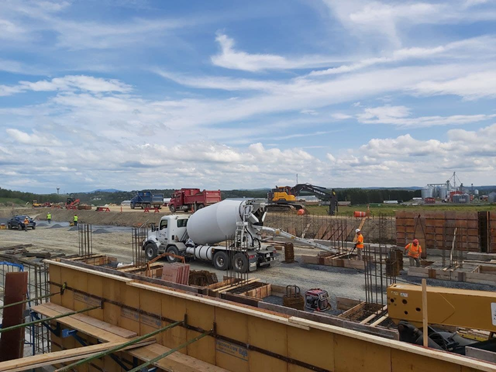 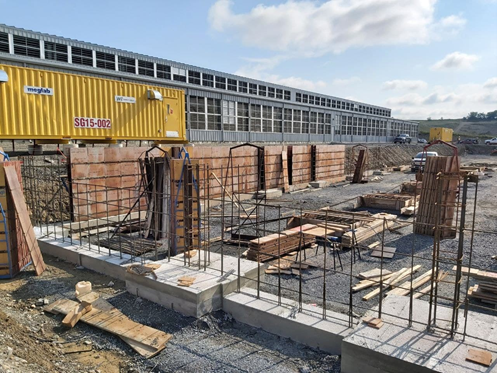 The company has also been steadily receiving and installing new-generation Bitcoin miners in the existing buildings in New Brunswick. Here are a few pictures of some of their 900 newly racked miners operating. 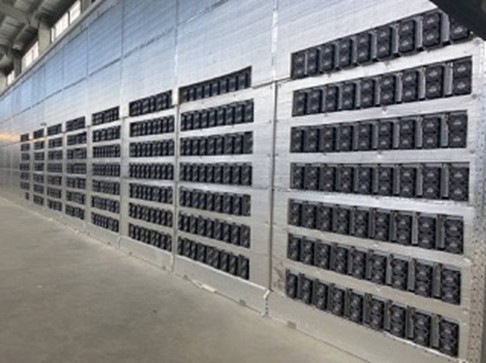 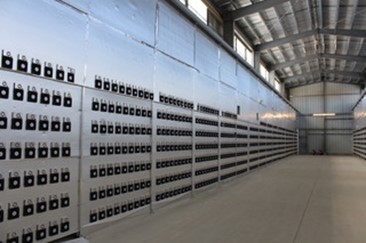 Here is a view of the "cold side" of some of their bitcoin mining racks. The barrier on the right side of the picture is a "filter wall", which keeps miners running smoothly. 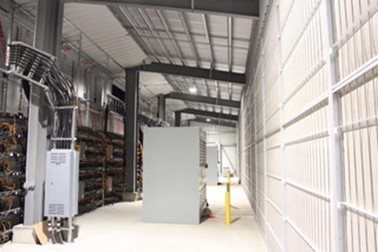 We encourage you to visit HIVE's YouTube channel here to learn more about HIVE.

Except for the statements of historical fact, this news release contains "forward-looking information" within the meaning of the applicable Canadian and U.S. securities legislation that is based on expectations, estimates and projections as at the date of this news release. "Forward-looking information" in this news release includes but is not limited to, statements with respect to information about the proposed purchase of equipment from Foundry Digital LLC, including the potential increase in hashpower, the potential for the Company's long-term growth, and the business goals and objectives of the Company.