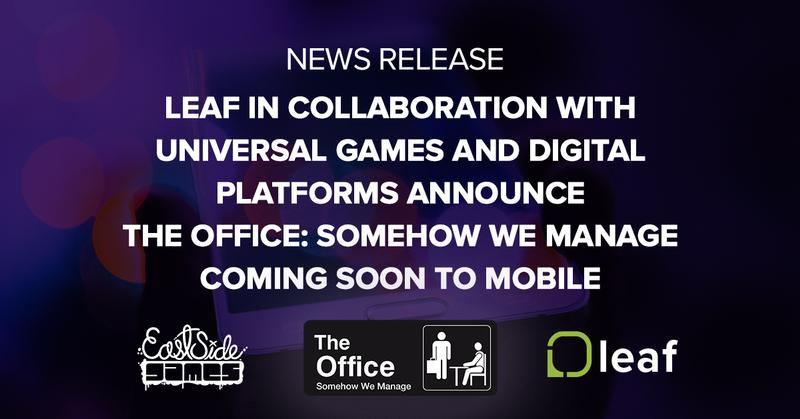 Vancouver, BC, September 10, 2021--(T-Net)--LEAF Mobile Inc. (TSX: LEAF, OTC: LEMLD), a Vancouver-based leading free-to-play mobile game group, along with their subsidiary company, East Side Games Inc. ("ESG"), in collaboration with Universal Games and Digital Platforms, announced their next free-to-play mobile title, The Office: Somehow We Manage , inspired by the U.S. version of NBC's The Office, now streaming exclusively on Peacock.

Launching worldwide later this year, The Office: Somehow We Manage lets fans play through hilarious moments from the critically-acclaimed Emmy® award winning comedy, where they'll tap their way to record pro?ts at Dunder Mifflin, and get down to business with Michael Scott, Jim Halpert, Pam Beesly, Kelly Kapoor, Dwight Schrute, Stanley Hudson and other Scranton branch officemates to make some sales. They'll need to keep the branch afloat by selling paper to unlock and upgrade characters, desks and more episodes. 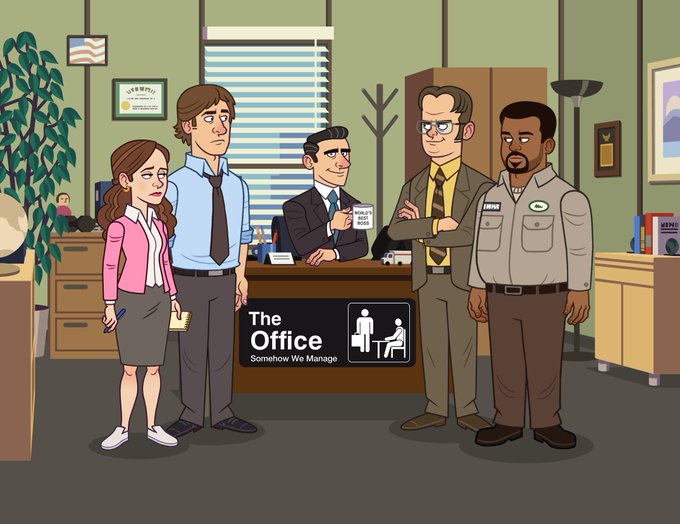 In the game, regional manager Michael Scott needs to improve the Scranton branch's performance to avoid downsizing - easier said than done when Jim won't stop pranking Dwight, Dwight won't stop complaining about Jim, and Stanley won't stop doing crossword puzzles. Look out, though; at the end of each business day, Corporate takes their share of the money. Sorry, Michael, it's back to work at the o?ce tomorrow. But don't worry, any upgrades built stay with players as they progress in the game, and players will be earning more in-game rewards before they know it. 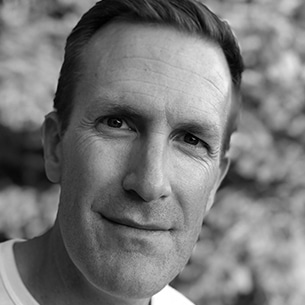 "The opportunity to bring the five-time Primetime Emmy award-winning TV comedy series The Office to mobile in our trademark idle-game style is an honor for us here at LEAF," said Darcy Taylor, Chief Executive Officer of LEAF. "We're looking forward to sharing this new experience in with everyone from new audiences to Dunder Mifflin diehards."

"The Office continues to bring joy to new and longtime superfans, and the upcoming launch of The Office: Somehow We Manage demonstrates our commitment to offering new and authentic ways to engage with one of the most celebrated TV comedies of all time," said Jim Molinets, SVP of Production, Universal Games and Digital Platforms. "The game is reflective of the show's signature humor, quirky characters and memorable storylines, and will deliver an exciting interactive experience for players to enjoy for a long time to come."

RELIVE MEMORABLE EPISODES FROM THE OFFICE

Click through memorable episodes from all nine seasons in this free-to-play game, like "The Dundies" and "Dinner Party." Take a seat in Michael's office, get in line for Pretzel Day, or spend the weekend at Schrute Farms. Oh, and watch out for Kevin's famous chili!

In-game events will introduce new versions of characters and more memorable moments, along with weekly and monthly special events inspired by elements from the show.

Manage the Dunder Mifflin Scranton office with the help of the whole branch! Get new leads and tap away as the in-game rewards start rolling in. Just make sure Michael doesn't spend the surplus on a new HD television!

The Office: Somehow We Manage is being developed and published by ESG and is expected to launch worldwide in late 2021.

Ahead of the launch, fans can attend The Office Experience, which makes its debut in Chicago on October 15. Fans are invited to celebrate their favorite moments and characters from the show in this interactive fan experience based on The Office, created by Superfly X and Universal Live Entertainment in consultation with The Office's U.S. creator Greg Daniels. Tickets are on sale now and more information can be found here: www.theofficeexperience.com.

Be the first to know about the new game by signing up at www.theofficesomehowwemanagegame.com 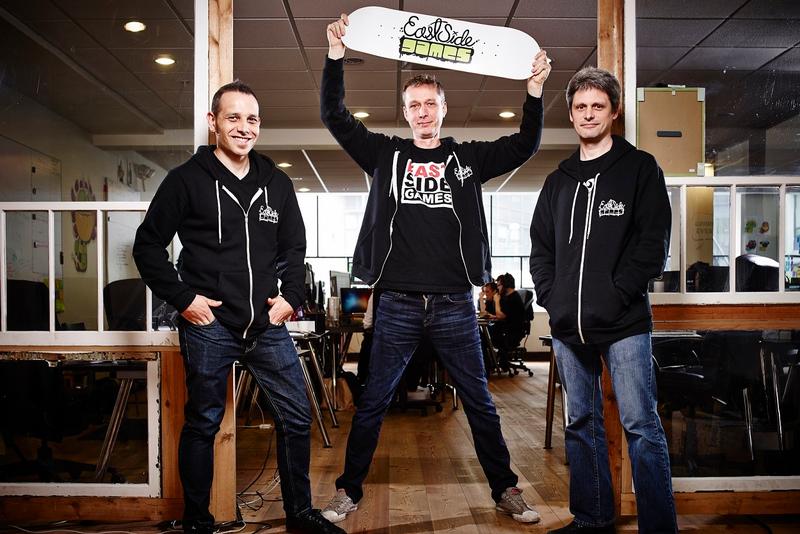 About East Side Games

East Side Games is a proudly independent and profitable game studio with a collaborative, creative, and fun culture. Our games fund all our new projects, and everyone who works here has a direct impact on the day-to-day business.

Our talented, highly-motivated team believes in constantly improving; we are not afraid to take ownership and meet challenges head-on in order to reach our goals.

Purpose-built technology infrastructure powers our rapid, iterative prototyping, based directly on audience feedback. This allows us to take design ideas to playable releases in days rather than months.