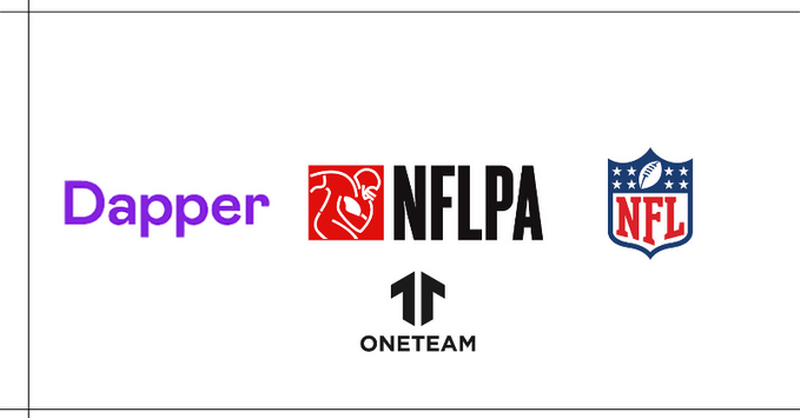 Innovative digital experience spanning the NFL, all 32 clubs and players will empower fans to purchase, trade, and own NFTs featuring some of the most exciting and favorite in-game plays

"We are thrilled to partner with Dapper Labs in its launch of NFL digital video collectibles," said Joe Ruggiero, Senior Vice President of Consumer Products at the NFL. "We believe blockchain technology has great potential to enhance the NFL fan experience in the future and we are excited to have Dapper Labs as one of our first collaborators in exploring this emerging space."

The all-new digital collectibles will give NFL fans the unique opportunity to collect and own NFTs featuring some of the greatest and the most talked about in-game Moments from leading players week-to-week throughout the season, including current-day superstars and legends of the game. Additionally, fans will get the chance to collect some of the greatest plays from NFL history.

"From the Hail Murray to the Minneapolis Miracle, magic happens in NFL stadiums. As a league that continually raises the bar, we are proud that the NFL and NFLPA have chosen Dapper Labs to deliver for NFL fans worldwide the Moments they've been waiting for. We can't wait to give the more than 300 million NFL fans the opportunity to own the game that matters to them and engage with the sport in a whole new way," said Roham Gharegozlou, CEO of Dapper Labs.

When the experience launches, NFL fans will find themselves immersed in a world that celebrates their love for the game. Fans will be empowered to purchase and open NFT packs featuring their favorite NFL heroes, show off their newfound digital NFT collections, and trade Moments with other fans. They will also have the ability to buy, showcase, sell, or trade any of their Moments in a dedicated marketplace on Flow.

"The irreplaceable nature of the NFT captures what is special about sports fandom. Our players are immensely excited for the NFLPA -- in working with our enterprising partners at Dapper Labs and OneTeam -- to make this significant push into the digital collectibles market," said Steve Scebelo, President, NFL Players Inc. the marketing and licensing arm of the NFLPA. "The unique greatness of NFL players will continue to fuel memorable moments both in history and in real-time during the season, which will only deepen the connections they have with their passionate fans."

OneTeam Partners, the group licensing partner of the NFLPA leading their digital media business, facilitated the new deal in collaboration with all parties.

The exclusive NFT experience launches later this season and will take fandom to the next level with access to amazing features, fan activations and community engagement that place fans at the center of epic NFL game action. To learn more, visit nfl.dapperlabs.com

About the NFL Players Association

The National Football League Players Association ("NFLPA") is the union for professional football players in the National Football League. Established in 1956, the NFLPA has a long history of assuring proper recognition and representation of players' interests. The NFLPA has shown that it will do whatever is necessary to assure that the rights of players are protected—including ceasing to be a union, if necessary, as it did in 1989. In 1993, the NFLPA again was officially recognized as the union representing the players and negotiated a landmark Collective Bargaining Agreement ("CBA") with the NFL. The current CBA will govern the sport through the 2030 NFL season.

Dapper Labs, the company behind NBA Top Shot and the original developers behind the Flow blockchain, uses blockchain technology to bring NFTs and new forms of digital engagement to fans around the world. Since it was founded in 2018, Dapper Labs has given consumer enthusiasts a real stake in the game by bringing them closer to the brands they love, enabling engaged and exciting communities for them to contribute to, and powering new pathways for them to become creators themselves. Dapper Labs' current studio partners include the NBA, NBPA, WNBA, WNBPA, Warner Music Group, Ubisoft, Genies and UFC. Notable investors in Dapper Labs include Andreessen Horowitz, Coatue, Union Square Ventures, Venrock, Google Ventures (GV), Samsung, and the founders of Dreamworks, Reddit, Coinbase, Zynga, and AngelList, among others. For more about Dapper Labs' products and mission, visit dapperlabs.com.