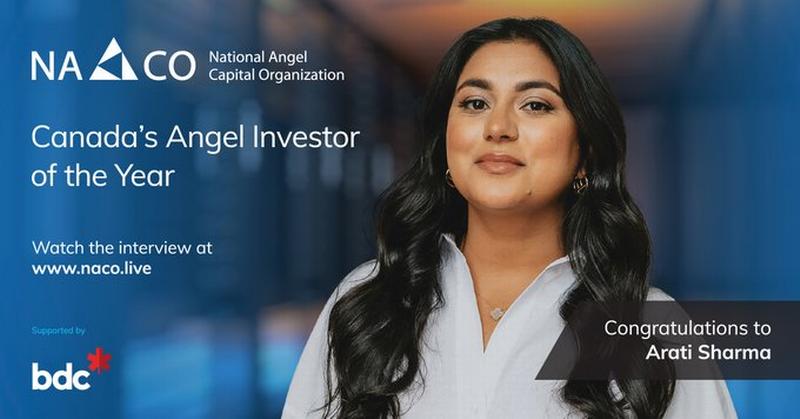 Toronto, ON, January 11, 2022--(T-Net)--Founding partner of Backbone Angels, entrepreneur and former Shopify executive, Arati Sharma was announced today as the recipient of the 2021 Angel of the Year Award by the National Angel Capital Organization (NACO).

Canada's Angel of the Year Award, supported by BDC Capital, recognizes an individual who has made a significant contribution to the Canadian entrepreneurial ecosystem through a combination of investment, leadership and mentorship.

As Canada's professional association for angel investors and the only national platform for both angel groups and the innovation hubs that support Canada's entrepreneurs, NACO leads initiatives that mobilize angel capital and advance inclusive economic prosperity.

Now in its 8th year, this award has recognized outstanding leaders including Mark Dobbin, President of Killick Capital and early investor in U.S. $2.75 billion success story Verafin; and Sophie Forest, Managing Partner of Brightspark Ventures who played a pivotal role in the investment, growth and exit of Radian6, leading to a 23x multiple on capital invested — one of the most successful technology exits in Canadian history. 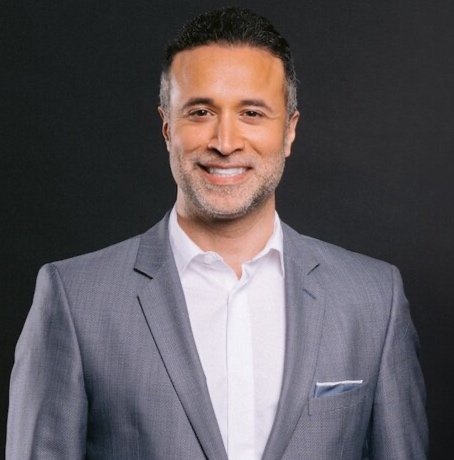 "Arati's leadership as an angel investor embodies the spirit of this award, which emphasizes impact and community building," said Claudio Rojas, CEO of National Angel Capital Organization. "As our country looks toward economic recovery and growth, we know that angel investors like Arati are critical to supporting Canada's entrepreneurs as they build and scale the high-growth companies of the future." said Mary Long-Irwin, Board Chair of National Angel Capital Organization.

Sharma's journey to angel investing began in 2014 when she joined Shopify, and became immersed in the company's entrepreneurial culture. After leaving the company, Sharma became a founding partner of Backbone Angels, a collective of active angel investors who met while working at Shopify. This collective invests in women and non-binary founders with a focus on investments in Black, Indigenous and Women of Colour-led companies. Sharma also became an entrepreneur herself, co-founding Toronto-based skincare brand Ghlee with her brother.

"I'm honoured to be recognized by NACO for this award and I'm thankful to my colleagues at Backbone Angels for embarking on this journey with me to create equitable access to capital for entrepreneurs." said Arati Sharma, 2021 Angel of the Year. "My journey to angel investing came out of a passion for supporting women in our local communities and the wider startup space, and I'm excited to help drive meaningful change in our innovation ecosystem."

The 2021 Angel of the Year was recognized formally at an event in December.

"This award is a testament to the staying power and growth of the angel community and is the culmination of our collective efforts over many years," said Michelle Scarborough, Managing Partner, Women in Technology Venture Fund at BDC. "Congratulations to Arati Sharma on being named Canada's 2021 Angel of the Year. We thank you for your leadership and for your contributions to the innovation ecosystem and we look forward to working with you to inspire and mobilize angel investors right across the country."