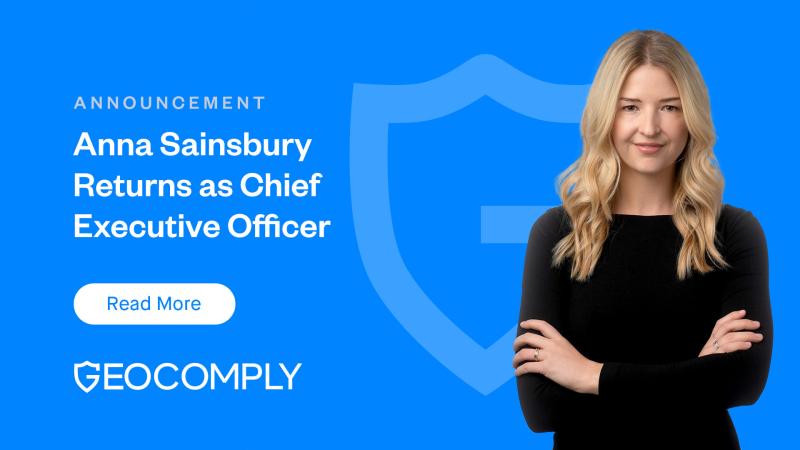 Vancouver, BC, January 5, 2022--(T-Net)--GeoComply Chairman, Anna Sainsbury, will once again step into the role as CEO, a position she held for seven years from when she co-founded the company in 2011.

Sainsbury will succeed David Briggs, who held the position from 2018 to 2021. In his four year tenure as CEO, Briggs oversaw the company through its hyper-growth phase, increasing revenues by over 1500%.

Sainsbury is honoured to take over from fellow Co-Founder, David Briggs, who will serve as Director with a special focus on strategic initiatives, including the expansion of GeoComply's cybersecurity services into new markets. 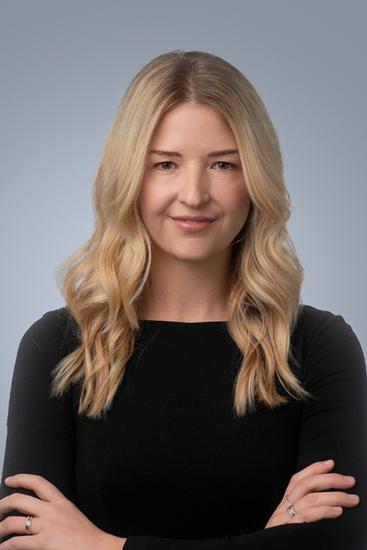 She comments, "David will continue to be an essential part of the company by dedicating himself to special projects, not least by providing core leadership on GeoComply's future in fintech. He will also focus on managing and delivering innovation on the product front and will take a central role in consolidating our internship and graduate recruitment programmes to secure a bright future for our team's growth. His leadership has seen GeoComply through a transformative period as the business has expanded into exciting verticals and received institutional investment."

Briggs adds, "After four incredible years as CEO, I am looking forward to supporting Anna as she steps back into the role she was born to have. Anna is a natural born leader and visionary and I have every confidence that her passion and dedication will take GeoComply to new heights."

In 2011, Sainsbury set out to build a solution that best serves complex regulatory needs of the US gaming industry. A decade later, GeoComply has expanded into a series of products that combat fraud and verify user locations in milliseconds, ensuring seamless compliance in gaming, content streaming and fintech. In this new year and beyond, GeoComply reaffirms its mission to power the future of digital trust for its customers, regulators and communities.

Alongside her innovative ventures, Sainsbury is also deeply dedicated to philanthropy. GeoComply's Corporate Social Responsibility division, Impact, directs corporate attention towards addressing some of the most difficult challenges facing women and children today. She is passionate about stopping digital child exploitation and advocating for gender equality in the workplace.

Sainsbury sits on the board of the American Gaming Association and MVB Bank, which is publicly traded on NASDAQ. She has also been the recipient of numerous accolades including the RBC Momentum Award and has been recognized in The Most Influential Women list of women in gaming and business.

The company's software is installed on over 400 million devices worldwide and analyzes over 3 billion transactions a year, placing GeoComply in a unique position to identify and counter both current and newly emerging fraud threats.

Proven and refined over 10 years of development, GeoComply's solutions incorporate location, device and identity intelligence along with advanced machine learning to detect and flag fraudulent activity. By integrating GeoComply's solutions into their processes and risk engines, organizations are able to identify fraud earlier in a user's engagement, better establish their true digital identity and empower digital trust.