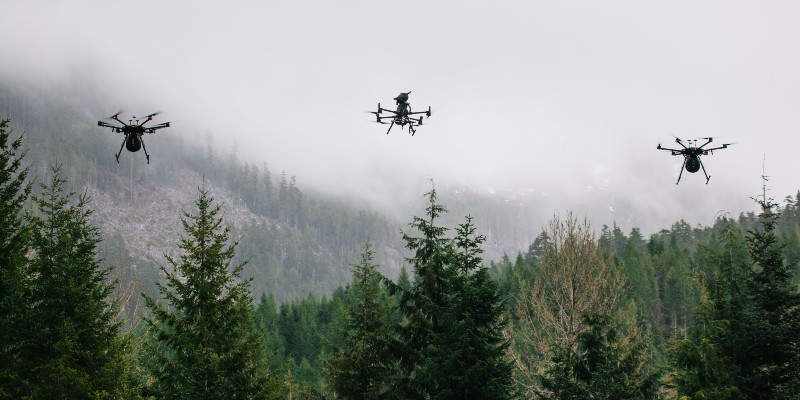 Vancouver, BC, October 31, 2022--(T-Net)--The government of Canada (Natural Resources Canada) has announced a contribution of over $1.3 million to Flash Forest, a company that uses drone technology for tree planting. A total of over one million trees are set to be planted by Flash Forest over the next two years.

Using new technology in an effort to innovate and improve tree-planting initiatives in Canada, Flash Forest uses drones, advanced seed pods, automation and machine learning to plant in some of the most severe forest fire sites across Canada.

Editor's Note: Flash Forest is headquartered in Ontario but has a local office in British Columbia and recently received a $300,000 Ignite Award from Innovation BC)

The sites will be monitored for germination success and to obtain survival data on the success of using drones for planting instead of traditional tree-planting methods. The project will use rapid drone deployment technology using AI, biological seed pods and robotic process automation to improve germination and the survival of temperate and boreal tree species in Canada.

Once seed pods are planted, forest growth will be monitored over consecutive seasons. 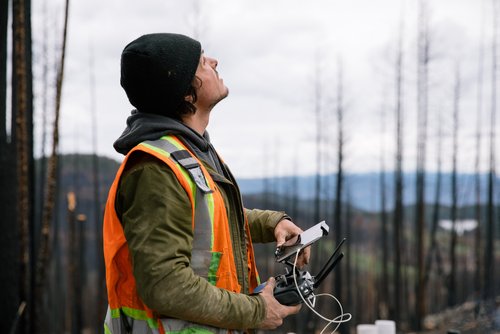 The reforestation method employed by Flash Forest, which aims to plant at least 10 times faster than traditional methods and significantly cut costs, allows for rapid post-wildfire response within months of the fire, higher biodiversity and data-driven ecosystem restoration.

The federal contribution is made through the 2 Billion Trees program (2BT), which supports tree-planting projects with the aim of planting two billion trees over 10 years and helps to advance the nature-based solutions needed to get to net-zero emissions by 2050. 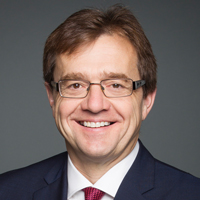 "The challenges presented to us by climate change and biodiversity loss are urgent. That's why the Government of Canada is working with Flash Forest to deploy tree-planting and monitoring drones at sites across Canada. By using drones, we can plant more swiftly, efficiently and effectively, making it easier to grow our forests, clean our air, support important habitats for wildlife and restore valuable ecosystems." said Jonathan Wilkinson, Minister of Natural Resources. 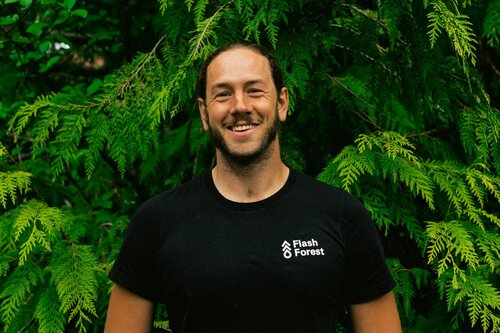 "Flash Forest is honoured to be working with the Government of Canada on an initiative as imperative as the 2 Billion Trees program. After seeing first-hand the impact of wildfire on our Canadian landscapes, we've never been more motivated to get trees in the ground faster. This partnership will allow us to double down on our aerial reforestation efforts and ensure Canadian forests remain an integral part of the global fight against climate change." stated Bryce Jones, CEO, Flash Forest. 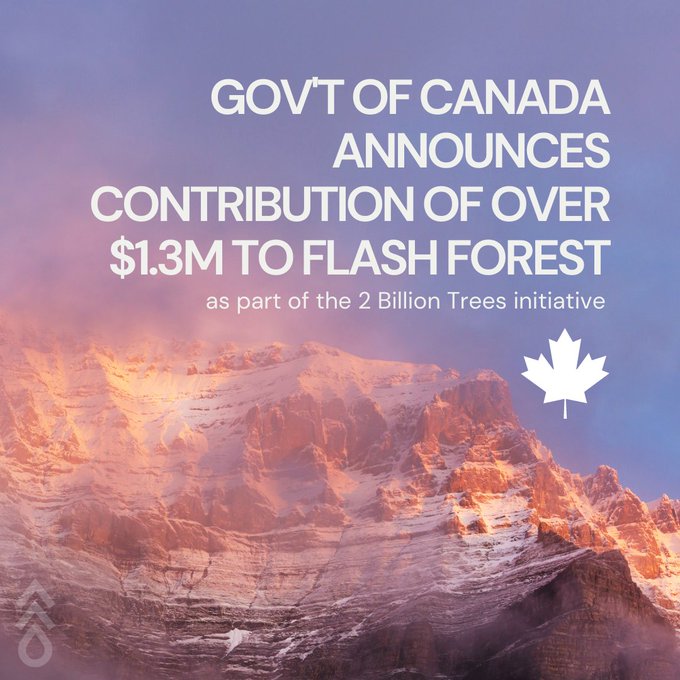