Vancouver, BC, December 23, 2022--(T-Net)--Achieve Life Sciences, Inc. (NASDAQ: ACHV), a clinical-stage pharmaceutical company committed to the global development and commercialization of cytisinicline for smoking cessation and nicotine dependence, today announced that the United States Patent and Trademark Office (USPTO) has issued a patent covering the mesylate salt formulation of cytisinicline and the process for its development. 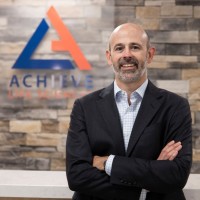 "Continuing to expand our intellectual patent portfolio around cytisinicline further protects our nicotine dependence franchise," commented John Bencich, Chief Executive Officer of Achieve. "Including this latest issuance, our family of patents protecting cytisinicline is now 18, including exclusivity until 2040 for the novel 3.0 mg, three-times daily dosing regimen that has been shown to be effective and very well-tolerated in our Phase 3 clinical development program."

Cytisinicline is a plant-based alkaloid with a high binding affinity to the nicotinic acetylcholine receptor. Achieve continues to pursue numerous patents that will further enhance the product's stability and the potential for life cycle expansion via varying methods of administration.

Achieve is currently conducting the final FDA-registration enabling Phase 3 ORCA-3 trial for smoking cessation and the Phase 2 ORCA-V1 trial evaluating cytisinicline for e-cigarette cessation. The Company continues to expect topline data results for both trials to be announced in the second quarter of 2023.

About Achieve and Cytisinicline
Achieve's focus is to address the global smoking health and nicotine addiction epidemic through the development and commercialization of cytisinicline. Tobacco use is currently the leading cause of preventable death that is responsible for more than eight million deaths worldwide and nearly half a million deaths in the United States annually. More than 87% of lung cancer deaths, 61% of all pulmonary disease deaths, and 32% of all deaths from coronary heart disease are attributable to smoking and exposure to secondhand smoke.

In addition, there are nearly 11 million adults in the United States who use e-cigarettes, also known as vaping. While nicotine e-cigarettes are thought to be less harmful than combustible cigarettes, they remain addictive and can deliver harmful chemicals which can cause lung injury or cardiovascular disease. In 2021, e-cigarettes were the most commonly used tobacco product reported by 1.72 million high school students. Research shows adolescents who have used e-cigarettes are seven times more likely to become smokers one year later compared to those who have never vaped. Currently, there are no FDA-approved treatments indicated specifically as an aid to nicotine e-cigarette cessation.

Cytisinicline is a plant-based alkaloid with a high binding affinity to the nicotinic acetylcholine receptor. It is believed to aid in treating nicotine addiction for smoking and e-cigarette cessation by interacting with nicotine receptors in the brain, reducing the severity of withdrawal symptoms, and reducing the reward and satisfaction associated with nicotine products. Cytisinicline is an investigational product candidate being developed for treatment of nicotine addiction and has not been approved by the Food and Drug Administration for any indication in the United States.