Government of Canada Investing $90 Million in IP Programs to Support Startups, New Ventures BC one of 5 Partners to Receive Funding

Vancouver, BC, December 29, 2022--(T-Net)--The Government of Canada (Innovation, Science and Economic Development Canada) has announced that it is investing investing $90 million in intellectual property support programs through 5 delivery partners in its new ElevateIP partnerships program.

New Ventures BC  in British Columbia is one of the five partners selected. New Ventures BC is a non-profit organization that recognizes, encourages, and supports entrepreneurship in BC's technology sector. NVBC has not yet publicly announced the expected uses for the new funds.

The Canadian government's Budget 2021 announced the launch of ElevateIP, with a $90 million investment over four years to help business accelerators and incubators (BAIs) provide startups with access to professional intellectual property (IP) supports.

ElevateIP says it will leverage business networks across the country to enable Canadian startups to protect, strategically manage and leverage their IP.

After a nationwide competitive call for proposals, the following five delivery partners have been selected to accelerate IP support for startups across Canada:

ElevateIP says it will enable Canadian startups to better develop IP strategies and increase education and awareness of the critical nature of IP in the Canadian innovation ecosystem. 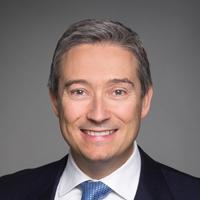 "Canadian startups are some of the most innovative and inventive in the world. That's why our government is committed to supporting them so they can better protect and manage their IP. Through this investment, we are enabling startups to better develop IP strategies for long-term growth. We will continue to do everything we can to see Canadian businesses succeed both at home and around the world." said François-Philippe Champagne, Minister of Innovation, Science and Industry.