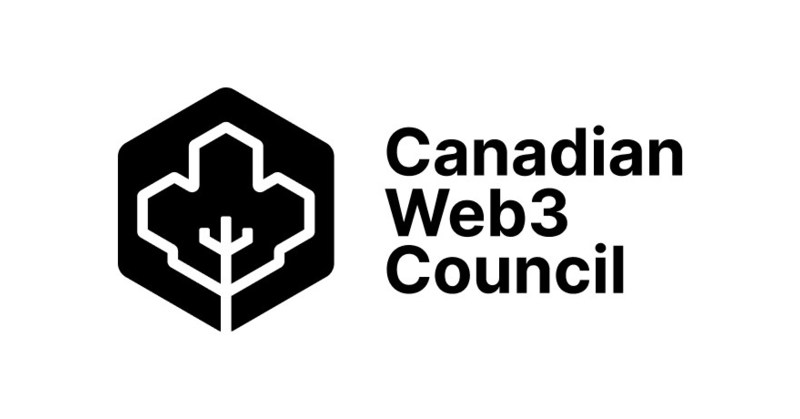 The Canadian Web3 Council will advocate for a national Web3 strategy to support a more transparent and inclusive digital economy.

Vancouver, BC, March 30, 2022--(T-Net)--Canadian Web3 companies today announced the launch of the Canadian Web3 Council, a non-profit trade association that strives to position Canada as a leader in Web3 technology such as blockchain and cryptocurrency.

Web3 has quickly evolved from a technology used by hobbyists to a global industry currently valued at more than US$1.8 trillion. Web3 technologies are transforming the internet, financial, and digital services. Beyond its incredible economic potential, it offers new standards of efficiency, transparency, and coordination that are critical to helping solve some of the greatest challenges facing the digital economy.

The Council's immediate priority is to advocate for a national strategy for cryptocurrency and digital assets. There is an urgent need to ensure Canada and its citizens are well positioned to benefit from this emerging asset class. The Canadian Web3 Council is calling for all levels of governments to establish a coordinated approach to convene industry and experts to build a robust, equitable, and sustainable national strategy for cryptocurrency and digital assets.

Canada's Role in the Web3 Economy

Canadian entrepreneurs have played a fundamental role in shaping Web3 around the world, including founding some of the largest blockchain networks like Ethereum, Cosmos, and Flow, and many leading NFT platforms like NBA Top Shot and CryptoKitties.

Canada also launched the world's first spot Bitcoin ETF in 2021 and led the way for it on policy and regulation.

Despite these successes, industry leaders say Canada has fallen behind other jurisdictions that are advancing policies and defining their approach to Web3.

The Canadian Web3 Council represents organisations that have made a significant impact on the development of Web3 technologies across the globe and are committed to building and innovating responsibly in Canada. It represents a diverse group of members, ranging from issuers of financial products and exchange platforms, to investors and open-source blockchain projects.

"The Canadian Web3 community has led the charge on some of the most innovative and high-valued projects globally. World-changing talent and creativity often starts in Canada, only to flourish elsewhere. We can't afford to miss the opportunity to nurture these talents domestically, for the benefit of all Canadians. We look forward to working collaboratively with policymakers to establish Canada as a hub for Web3 talent and innovation for decades to come." said Jelena Djuric and Connor Spelliscy, co-founders of the Canadian Web3 Council.

"As the industry has grown into a multi-trillion-dollar asset class, now is the time for the government to work alongside industry leaders to ensure thoughtful policy is formed. Although there are regulatory challenges when it comes to this nascent industry, the Canadian Web3 Council can work alongside regulators, to help them understand and navigate this complex space. This is a technology at the cross section of the next iteration of the web and the future of finance. Canada has the opportunity to take a leading position on the global stage and become a desired destination for new business relating to the sector." stated Brian Mosoff, Ether Capital CEO.

"The Canadian crypto ecosystem is poised to flourish and position homegrown Canadian companies as global leaders. But to make this a reality, Web3 industry participants, government and regulators need to work together to create a framework for responsible innovation that sets Canadian businesses and investors up for success. We look forward to being part of the Canadian Web3 Council to help move this forward." said Blair Wiley, Chief Legal Officer, Wealthsimple.

"Canada has been an engine for innovation within the Web3 community over the last several years. The Canadian Web3 community has attracted hundreds of millions in investments and created thousands of jobs already. As members of this community, we are excited and eager to work with Canadian regulators to continue flourishing. Canada has all of the elements to become a global leader in this industry." indicated Adam Reeds and Mauricio Di Bartolomeo, co-founders of Ledn Inc.

"WonderFi is proud to join the Canadian Web3 Council as a Founding Member. Our mission is to create compliant access to digital assets through centralized and decentralized platforms including through Bitbuy, Canada's first regulated Crypto Marketplace. We look forward to collaborating with other council members and policymakers to help establish Canada as a leading destination for Web3 innovators and entrepreneurs." concluded Ben Samaroo, WonderFi CEO.