Dr. Marc Deyell of St. Paul's Hospital leads the study using the Globe System to navigate inside the heart and diagnose where the rhythm disturbances occur. Once identified, the same device can then deliver immediate treatment to restore the normal heart rhythm and confirm successful treatment. 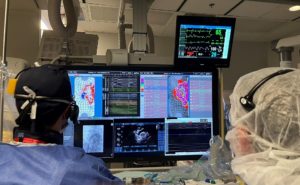 "Atrial fibrillation can severely impact quality of life for patients, and physicians are always seeking out the best tools to treat this disorder," says Dr. Deyell. "The Globe System allows me to quickly map and diagnose the electrical disturbances in the heart and then rapidly treat them, all with the same system. This all-in-one system is revolutionary and has the potential to reduce procedure complexity, time and increase procedural success. The potential for improved outcomes benefits patients, hospitals and the health system." 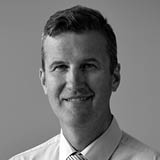 "Partnerships between clinician-researchers and the technology sector can accelerate innovation and advancements in patient care. As a Vancouver-based company, we are delighted to be working with Dr. Deyell at St. Paul's Hospital - home of the provincial Heart Centre - and the Centre for Cardiovascular Innovation at the University of British Columbia to conduct this study with the Globe System right here in BC," said Kevin Chaplin, CEO of Kardium. "Since our successful commercial launch of the Globe System in Europe, our goal has been to make the technology available in North America."

As Associate Professor of Medicine at the University of British Columbia and Director of Heart Rhythm Research and Electrophysiology Laboratory at St. Paul's Hospital, Dr. Deyell's clinical and research interests include complex arrhythmia treatment and ablation. 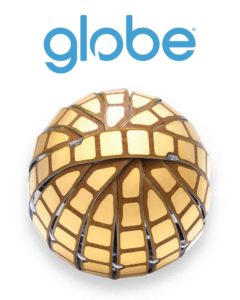 Globe Catheter array with 122 electrodes for ablation and mapping.

The Globe System is an all-in-one solution for treating atrial fibrillation, affecting more than 59 million people worldwide and approximately 200,000 in Canada1,2. The Globe System is a single catheter solution for high-definition mapping and ablation. The Globe Catheter has 122 electrodes that allow for rapid, single-shot pulmonary vein isolation (PVI), high-definition mapping in real-time, and atrial ablation.

A world-class hospital located in the heart of Vancouver, St. Paul's Hospital provides clinical care to 500,000+ patient visits each year; performs medical research that advances care around the world; and, as a teaching hospital, trains the health care professionals of tomorrow.

Kardium Inc. (kardium.com ) is a rapidly growing medical solutions company that has developed an advanced atrial fibrillation (AF) treatment system: the Globe Mapping and Ablation System. Kardium has built an outstanding team of engineers, medical researchers, compliance and production staff who have worked with top medical advisors to develop the Globe System. Founded in 2007 and headquartered in Vancouver, Canada, Kardium has consistently ranked as one of the best companies to work for in British Columbia.