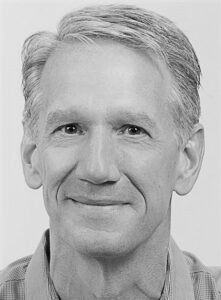 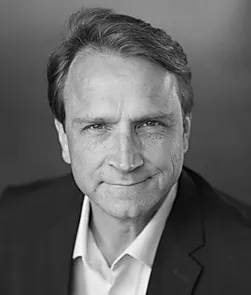 NervGen's Executive Chairman, Bill Radvak, stated, "We are very pleased to have Craig Thompson join our Board of Directors as we continue with our Phase 1 clinical trial and prepare to initiate our Phase 1b/2 efficacy studies before the end of this year. With his broad leadership experience and proven track record of successful drug development and biotech fundraising, licensing, mergers and acquisitions, Mr. Thompson will be a strong addition as we also prepare to list on a senior U.S. stock exchange."

"I am very excited about working with NervGen's Board and Executive Team to advance this important technology which potentially offers new hope for patients suffering from nerve damage and neurodegenerative diseases," stated Mr. Thompson. "I look forward to bringing my expertise and experience to NervGen as we aim to initiate Phase 1b/2 clinical trials in the important indications of Alzheimer's disease, multiple sclerosis and spinal cord injury."

Mr. Thompson was most recently President & Chief Executive Officer and a member of the Neurana Pharmaceuticals board of directors.

Prior to Trius Therapeutics, Mr. Thompson served in various global and U.S. roles at Pfizer, including Therapeutic Group Leader of Allergy, Respiratory, Pulmonary Vascular Disease and Inflammation, and ultimately served as Vice President of Marketing for Pfizer's Specialty Care Business Unit. Previous to Pfizer, Mr. Thompson served in positions of increasing responsibility at Merck & Co., including leading the partnership with Schering Plough. Mr. Thompson holds a Bachelor's degree in Commerce from McMaster University and an M.B.A. from the University of Notre Dame.

NervGen also announced that in conjunction with Mr. Thompson joining the Board, Dr. Michael Abrams will be resigning, effective immediately.

Mr. Radvak continued, "Dr. Abrams has been on the Board since September 2018 and was an important contributor to the early strategy of the Company. I'd like to thank Dr. Abrams for his time and support in advancing NervGen from a preclinical company to exploring efficacy in patients."

The Company also announced that it has granted 300,000 incentive stock options to certain Directors of the Company exercisable at a price of $2.20 per share for a period of five years and that vest equally every three months over a one-year period. All options have been granted in accordance with the policies of the TSX Venture Exchange and the conditions of the Company's stock option plan.

NervGen holds the exclusive worldwide rights to NVG-291 and is developing a unique new class of drugs around the technology. NVG-291 is a therapeutic peptide which is a mimetic of the intracellular domain of protein tyrosine phosphatase (PTPs), a cell surface receptor known to interact with chondroitin sulfate proteoglycans (CSPGs) and to be involved in the regulation of neuroplasticity and central nervous system repair. In preclinical studies, NVG-291 has demonstrated the potential to promote repair mechanisms in the nervous system, including axonal regeneration, remyelination, and plasticity.

The demonstration of repair via these mechanisms in animal models of nervous system injury has been accompanied by recovery of multiple neurological functions, including motor, sensory, autonomic and cognitive functions. NVG-291 has shown efficacy in a range of animal models, including models of nervous system trauma such as spinal cord injury and peripheral nerve injury, and diseases such as multiple sclerosis and stroke.

NervGen is restoring life's potential by creating innovative treatments for nervous system damage due to injury or disease. The Company is initially developing treatments for Alzheimer's disease, multiple sclerosis and spinal cord injury. For more information, go to www.nervgen.com.