Vancouver, BC, April 21, 2022--(T-Net)--addy , a Vancouver-based start-up that is breaking down barriers to real estate ownership, announced today that its mobile iOS app is now available to Canadians.

Using the addy app, Canadians over the age of majority in Alberta, British Columbia, Ontario and Quebec can invest in institutional-grade commercial real estate deals for as little as $1, get notified when a property drops, connect with the growing community on Discord , and unlock the new addyverse (a digital twin of all of your addy investments). 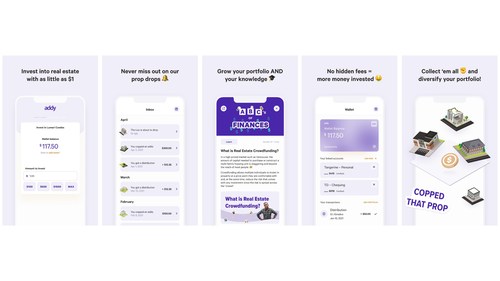 Real estate investment has traditionally been complicated, prohibitively expensive, and inaccessible to most people. addy streamlines the entire process and makes investing in real estate more accessible to Canadians. There are no minimum investment requirements - members can start investing with just $1. A new member can open an account and make their first investment within minutes.

"We wanted to bring the accessible investing experience we're known for closer to our members through a mobile app," said Micheal Stephenson, CEO and co-founder of addy. "From your palm, you can now invest in a commercial complex, business park, or apartment building alongside thousands of other community members. We are thrilled to offer Canadians a simple and fun way to start building their financial future with real estate."

Features of the addy app

addy says it will continually add new features and improvements to its app in response to feedback from members.

At launch, the app has the following features and functions:

"I run a very successful investing platform but had limited knowledge of real estate," said Brandon Beavis, founder of the Investing Academy. "I gave the addy platform a test drive before sharing it with my network and loved how simple it was to get started. The deals that are offered on the platform are ones that I would never find on my own and I particularly like that all of the heavy due diligence when it comes to vetting the property is handled by their team of experts. Plus the community built around it on Discord is incredible, you can get an answer to pretty much anything real estate-related." 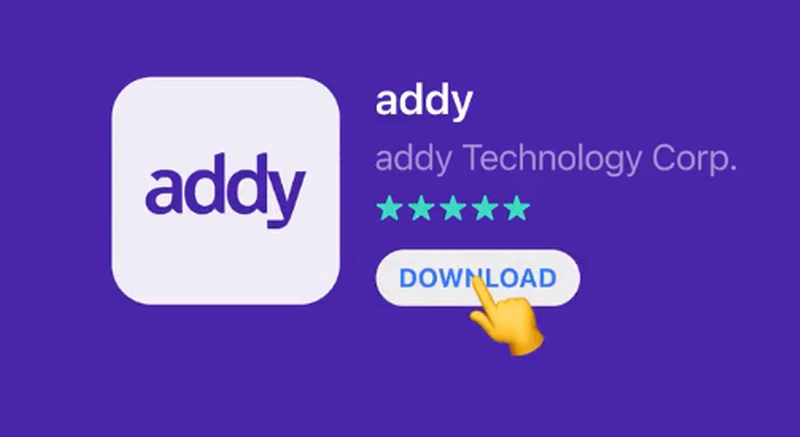 These are deals that are generally not available to the average Canadian, they simply trade from one wealthy individual to another and are never listed publicly. addy's real estate team unlocks access to these hard-to-reach deals, puts them through a rigorous due diligence process, and those that qualify are then made available on the addy platform.

In order to be listed on the platform, the investment opportunity is broken out into investment increments valued at $1. For example, a $1,000,000 equity slice is divided up into 1,000,000 shares; and shares in the property are available to qualified members on the addy platform . Members can decide how much they want to invest.

addy has listed 25 properties and counting on the addy platform and has raised over $10 million from thousands of Canadians, with a total asset value of nearly $500 million. Residents of Alberta, British Columbia, Ontario and Quebec over the age of the majority can become an addy member for $25/year.

To learn more about addy, become a member , and invest in real estate, visit addyinvest.com or download the iOS app (Android version coming soon). If you're already a member, refer a friend to the platform and you both will earn $25 in your addy wallet to put towards investments.

addy Technology Corp. ("addy") is a proptech company on a mission to enable every human to own property. addy enables Canadians to invest in real estate for as little as $1. addy was founded in 2018 by a team of real estate and technology entrepreneurs and is headquartered in Vancouver, BC.