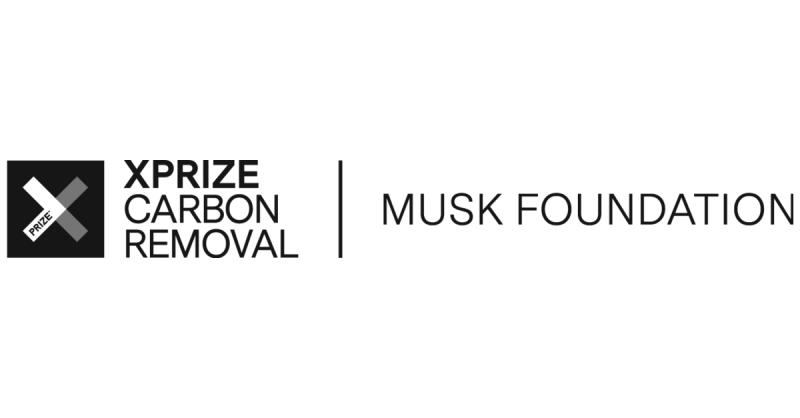 Vancouver, BC, April 25, 2022--(T-Net)--UBC spin-off company Carbin Minerals will receive $1 million from XPRIZE and the Musk Foundation to remove thousands of tonnes of carbon dioxide from the atmosphere, reducing greenhouse gas emissions. 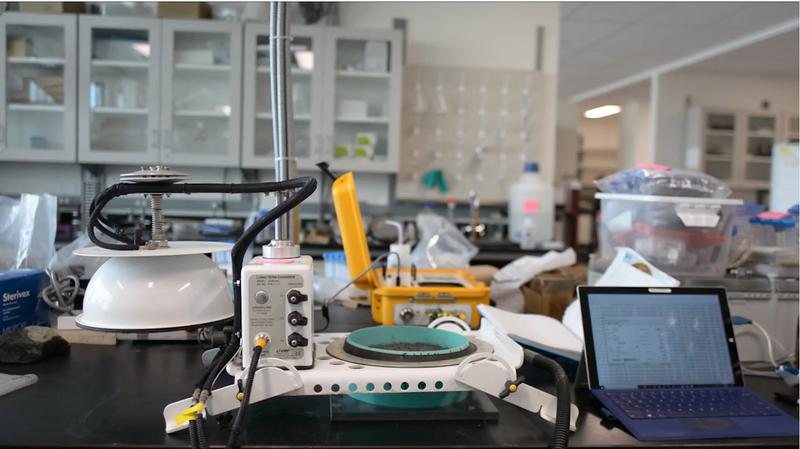 The prize is part of the XPRIZE Carbon Removal competition, funded by Elon Musk and the Musk Foundation.

(Another UBC spinoff, Takachar won the student version of the XPRIZE last year and will receive an additional $1 million this year).

Carbin Minerals built on over 20 years of research from Dr. Greg Dipple's research lab at the University of British Columbia in order to accelerate the natural process of atmospheric carbon mineralization, removing carbon dioxide from the air and storing it permanently as rock. 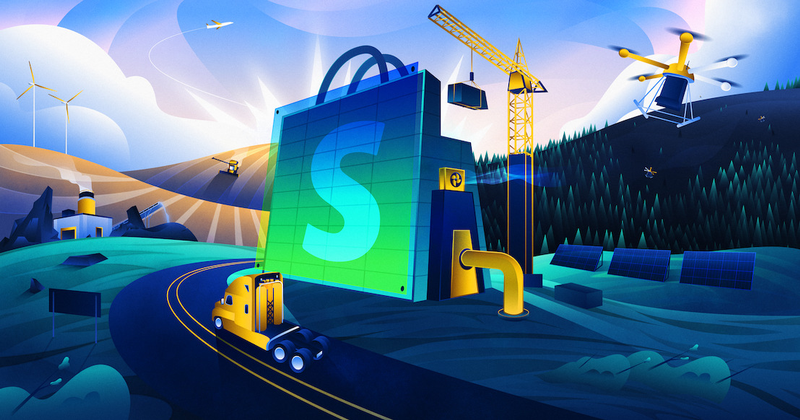 They recently partnered with Canadian tech heavyweight Shopify to usher in a new phase, one where they start implementing their technology at commercial scale, and to build out their world-changing climate solution.

XPRIZE, a leader in prize competitions to accelerate breakthroughs that benefit humanity, and the Musk Foundation announced in celebration of Earth Day, that 15 teams have been designated as milestone winners in the $100M XPRIZE Carbon Removal competition.

Each of the 15 milestone winning teams, including Carbin Minerals has been awarded $1M to recognize their efforts to date and support their continued work to scale solutions. 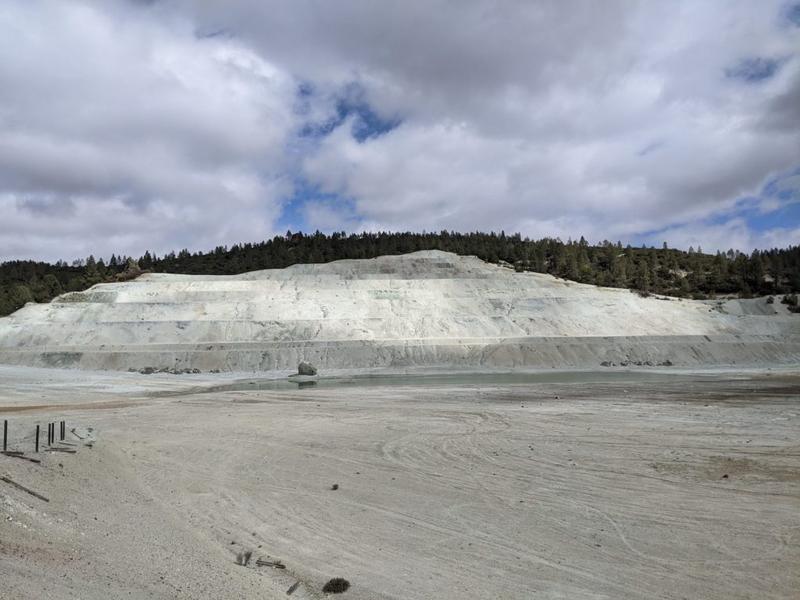 Carbon removal research at a legacy mine site in western US. Credit: Bethany Ladd

This $100M competition, funded by Elon Musk and the Musk Foundation, is the largest incentive prize in history and the XPRIZE Carbon Removal teams represent the largest collection of innovators working on carbon removal. The milestone winners are representing Australia, Canada, France, Iceland, Kenya, the Netherlands, the Philippines, the United Kingdom and the United States. Unlike previous prizes, every team is still eligible to compete and win the grand prize.

Any solution is eligible to compete so long as it actually works, achieves net negative emissions, sequesters carbon dioxide durably over at least 100 years, and shows a sustainable path to ultimately achieving gigatonne scale. Crucially, the XPRIZE is not an ideas competition; it is an execution and demonstration competition.

The submission process was extremely demanding by design, with a field of 1,133 teams narrowed to 287 teams meeting the eligibility criteria for the milestone awards. 70 expert reviewers screened and ranked the inbound proposals for scientific validity, and selected the top 60 teams. Judges went deeper on operations plans, performance data, life cycle analysis and cost estimates in order to ultimately select the top 15 teams taking home the interim $1M Milestone Awards.

"One year in, we already see the positive impact of the prize: hundreds of groups working on a wide range of promising carbon removal solutions. Not just ideas, but development and deployment plans, which is exactly what we need. The pace and depth of initiatives in carbon removal and other crucial climate solutions has never been greater, but we still need more—more and deeper emissions cuts, and more reliable, validated carbon removal solutions. That's why we launched this prize in the first place," stated Dr. Marcius Extavour, chief scientist and vice president of climate and environment at XPRIZE.

The 15 milestone winners, listed by primary solution type, include:

The competition now completely resets before the remaining $80M prize purse is awarded in 2025. Any team is eligible to win, whether they participated in this Milestone Round or not. Registration is open for any team interested in joining the competition to compete for the Grand Prizes. Registration closes on December 1, 2023.

The Grand Prize winner and runners up will be announced on Earth Day 2025.

We unlock the enormous carbon dioxide removal potential of mine waste. With our technology, mines will become massive carbon sinks, while producing the metals needed to drive global electrification. https://carbinminerals.ca/

About The Musk Foundation

In this Q&A, two of Carbin Minerals' founders, Dr. Greg Dipple and Bethany Ladd, discuss what the future holds for the company, co-founded with Dr. Peter Scheuermann. Dr. Dipple is a professor at UBC's department of earth, ocean and atmospheric sciences and Ladd is a research scientist in the same department.

How does your technology work?

Ladd: Carbon dioxide is removed from the air naturally through weathering, where certain rocks absorb the greenhouse gas and turn it into a mineral. The result is carbon stored in a solid form as carbonate rock. Our lab has developed research to speed up this process of mineralization from thousands of years to weeks, even days. This involved understanding mineralogical, geochemical, and physical variables and how they interact with one another in order to maximize the rate of mineralization. By partnering with mines, we can transform mine tailings — huge piles of pulverized rock — into what are essentially giant carbon sinks. The science is based on natural processes; the key is figuring out how to accelerate and optimize carbon uptake in tailings so that it is economically feasible on a large scale.

Dipple: Mineralization happens on its own in mine tailings and at a slow rate, but faster than what we as scientists had expected. Understanding why it is happening helps us to identify which sites have the right conditions to work at with an industrial project, and understanding what is limiting the rates helps to identify what we need to do to speed it up even more.

What will you do with the prize?

Ladd: In our application, we showed how we would remove 1,000 tonnes of carbon dioxide from the atmosphere at one mine site by 2024, and potentially remove mega- and giga-tonnes in the future. We can do this by deploying the technology at mine sites around the world and implementing another new technology we're currently working on. The Xprize money will help us set up our first pilot, hire a team, purchase equipment and start fulfilling carbon removal contracts. And we're in the running for the grand prize of $50 million.

What are your other visions for the future?

Ladd: Our long-term goal is to remove as much carbon dioxide from the atmosphere as possible, storing it safely and durably as rock. There is an enormous amount of carbon removal potential laying dormant in mine waste around the world, and it is only going to increase as the world's demand for critical metals grows to supply the clean energy transition. We are working to unlock that potential so we can tangibly reduce the amount of carbon dioxide in our atmosphere and truly turn the dial on climate change.

Dipple: In the process we will be decarbonizing the supply chain of metals for renewable electricity and transformation of the transportation sector. Thus we make the pathway to renewable energy and electrical transport less carbon-intensive in terms of the manufacture of the equipment, and we also provide carbon removal credits for those parts of our economy that are more difficult to decarbonize.

We're also working with a company to develop robots, like Roombas but the size of a car, that can work on rock slurry. Certain tailings are made of fine rock, almost sand, that can be deposited as a slurry of rock and water. This slurry is like quicksand, so it's dangerous for humans, but robots could safely work on it to implement our carbon-sink process.