The company says it is "building the future of pseudonymity" and that it is dedicated to building a pseudonymous world where privacy and identity are owned by the human, not the corporation.

The company is founded by Jason Kim & Nikita Kolmogorov and has now raised a total of approximately $5.65 Million in funding to date ($4.4M US). 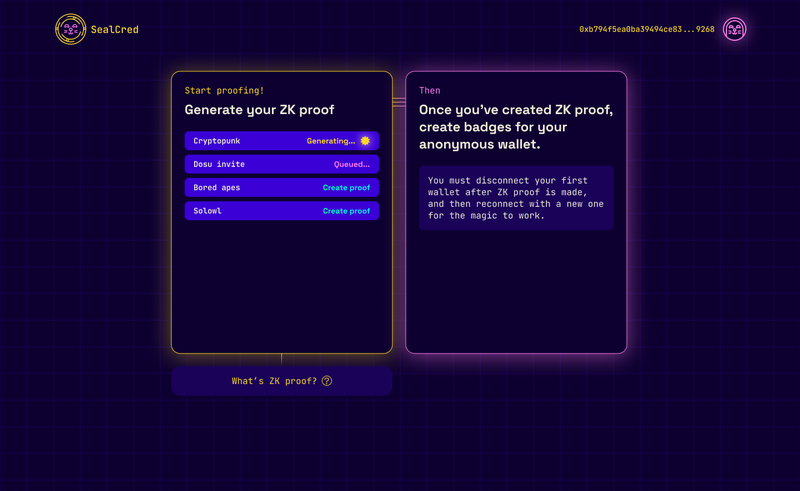 SealCred is an open-source privacy-preserving social protocol powered by zero-knowledge proofs. The company allow users to easily create pseudonymous identities/wallets and transfer social capital from wallet A to wallet B using anonymous but verified, soulbound zkNFTs or zkBadges.

The company says its vision for SealCred is to use ZK and build the hub for the atomic unit of reputation and identity in crypto via NFTs.

While DiD and Verifiable Credential standards are also interesting, the company believes that anonymous but verified zk NFTs are the best early market for new privacy-preserving identity mechanisms that are composable by default.

Later this summer or early fall, the company says it will be releasing Dosu - a pseudonymous social app powered by zk NFT badges you create with SealCred. Think of this as sort of like TeamBlind meets Reddit meets Crypto.

Editor's Note: View a more interesting technical blog post by the company's CTO Nikita Kolmogorov on SealCred and exactly what this web3 company is up to, here: 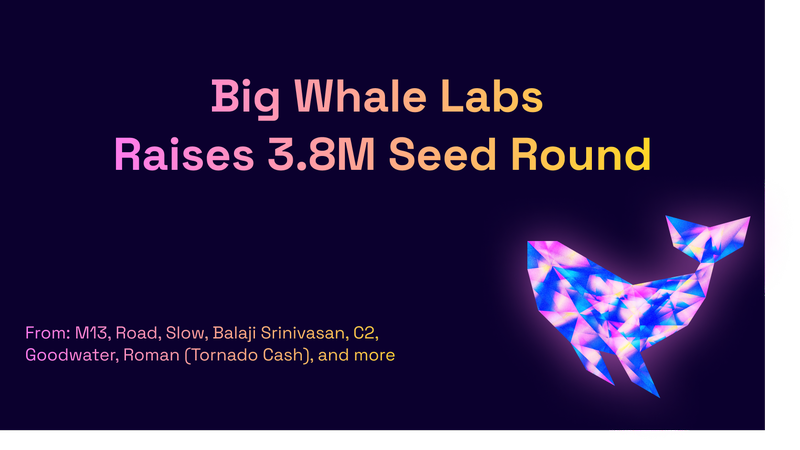 Big Whale Labs is a web3 startup building at the intersection of zk, social, and crypto. We're backed by many industry vets like Slow Ventures, SamsungNext, 1inch, and more.