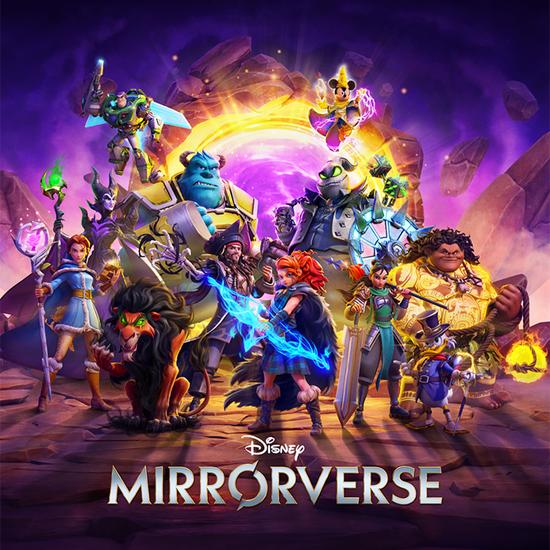 Vancouver, BC, June 27, 2022--(T-Net)--Vancouver-gaming studio Kabam announced today that their new team-based action role-playing game, Disney Mirrorverse, built in collaboration with Disney and Pixar Games, is now available to download worldwide for free on the App Store and Google Play.

Disney Mirrorverse was first announced by the companies in May 2020, and is an all-new Action Role-Playing Game (RPG) for mobile devices.

"Enter an all-new divergent universe, filled with worlds reflected from familiar Disney and Pixar films. Dark and light magic influence these high stakes worlds, evolving iconic Disney and Pixar characters into Guardians who stand ready to defend against the Fractured, a malevolent threat seeking to overrun the Mirrorverse" said the company in its announcement.

Check out the World Wide Launch trailer below:

"We are excited to see the high level of positive interest in Disney Mirrorverse that fans and players around the world have shown during this announcement and pre-registration period. Our friends at Disney and Pixar have been incredible to work with as we have created this new, divergent universe for Disney Pixar fans and mobile gamers to immerse in. Our Kabam product development has carefully put a great deal of time and energy into building a beautiful, deep, highly engaging mobile RPG game unlike anything fans have experienced before. We are all so excited to share Disney Mirrorverse with the world today." said Seungwon Lee, CEO, Kabam Games.

Seungwon Lee took on the role of CEO at Kabam earlier this year in January 2022. Lee came to the position from Kabam parent firm Netmarble, where he was appointed its co-CEO in 2020.

Unite a team of empowered Guardians as they've never been seen before and take full control in real-time, action-oriented gameplay. As you progress through Disney Mirrorverse, you'll collect a large roster of characters and assemble powerful teams to take into battle. Each Guardian has unique battle abilities, including an armored-up Sulley, Star Command's top space ranger, Buzz Lightyear, the vengeful draconic mage Maleficent, and many more action-ready Guardians that stand ready to fight against those seeking to shatter the Mirrorverse.

To Learn More About Disney Mirrorverse, Visit the Website