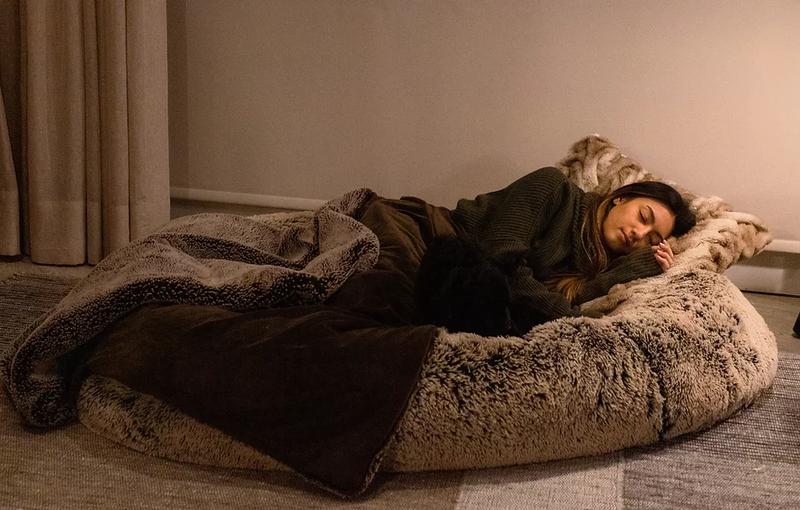 Since officially launching their company in March, Plufl has fetched millions of views on the social media platform TikTok in addition to raising nearly C$450,000 in only 30 days via Kickstarter

Vancouver, BC, June 9, 2022--(T-Net)--When Noah Silverman and Yuki Kinoshita met during their first week at UBC four years ago, the pair never expected to be launching a business together right before graduation.

Let alone a business that makes dog beds... for humans. 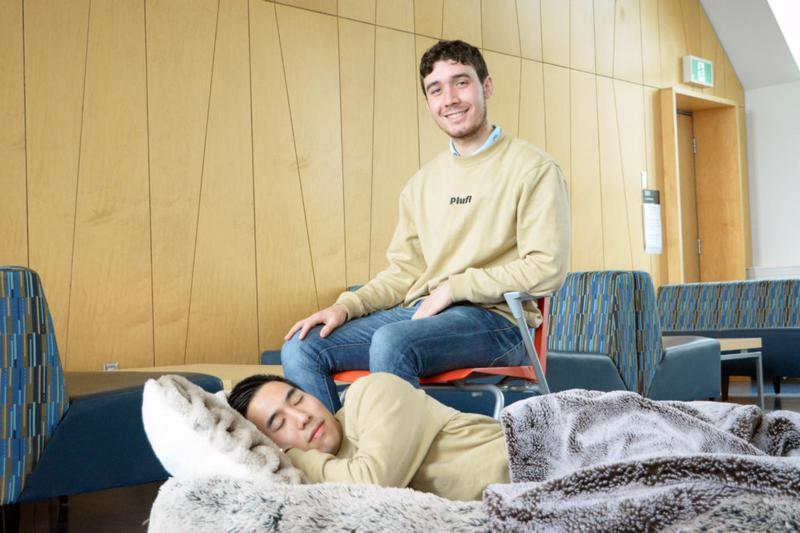 The best friends, who both graduated on May 27, are co-founders of Plufl, a company that makes human-sized dog beds that promise an unparalleled napping environment designed to alleviate stress and anxiety.

Since officially launching their company in March, Plufl has fetched millions of views on the social media platform TikTok in addition to raising nearly C$450,000 in only 30 days via Kickstarter. 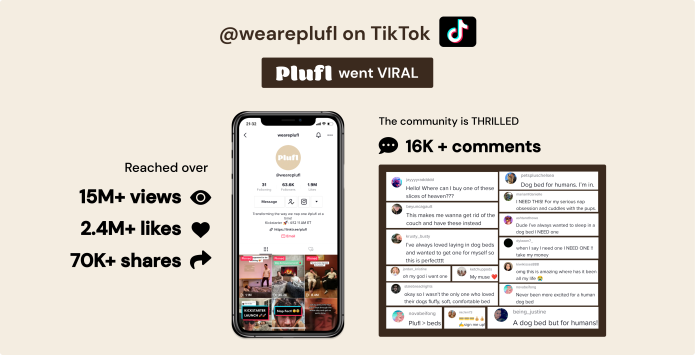 At a time when many of their peers are just starting internships, Silverman and Kinoshita are already recruiting interns for their own company.

For Silverman, the sudden success has been "unreal."

"From the start, Yuki and I always said we just want to sell one Plufl. If we could get just one person to buy a dog bed for humans, then it'll be a success," he says. "But now to have had so many people buy it, it's crazy." 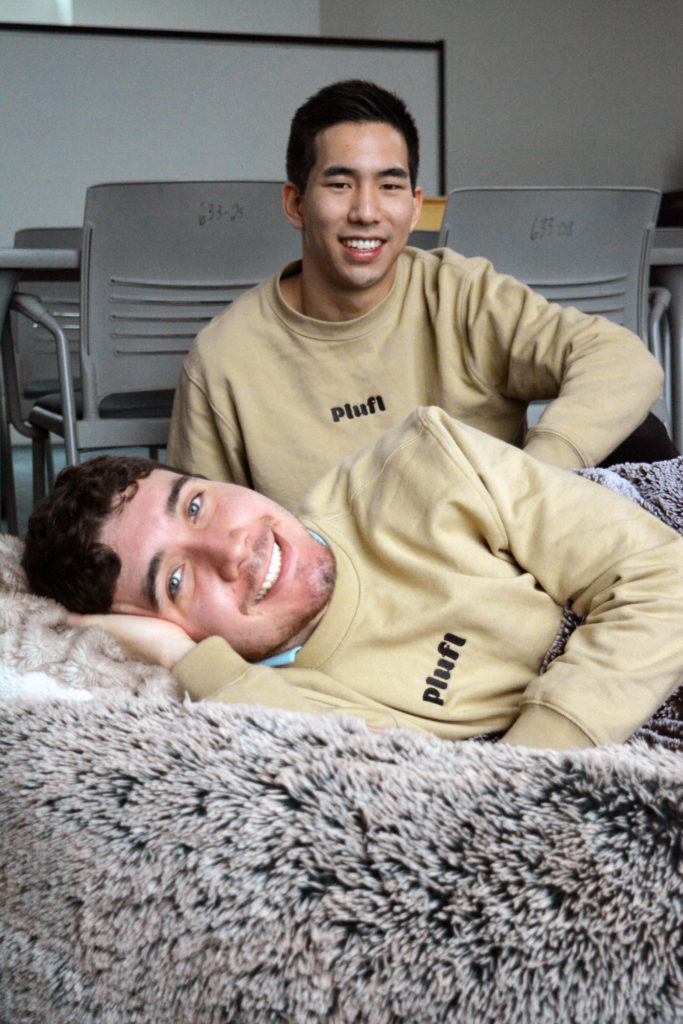 Noah Silverman, in front, and Yuki Kinoshita, in the back, are co-founders of Plufl.

Silverman came up with the idea for Plufl during his fourth year at UBC while working at a coffee shop on campus.

The café owners had a Great Dane that would lounge in a custom-made extra-large dog bed, which got him thinking, "why shouldn't there be a dog bed for people?"

"It just looked so comfortable and cozy," he says.

When Silverman shared the idea with Kinoshita, his friend says he immediately wanted to help. Both full-time students who also worked during school, Kinoshita says they both became "avid nappers" during their studies to help cope with a lack of regular sleep. Silverman became such a fan of napping that he even wrote his final thesis on the correlation between napping and productivity.

Still, the pair struggled to find comfortable spots on campus to rest between classes.

"We just felt there had to be a better napping solution," says Kinoshita. "Even when I'm working at home, I don't necessarily want to go to bed because that's where I go for long-term sleep."

What makes the Plufl unique as a napping product, explains Silverman, is its oval shape, which cradles users into a natural fetal position, as well as its soft, thick pillow border and fluffy faux fur cover, which is also removable and machine washable.

"The ability to tuck your hands and feet under the border actually creates a very soothing experience, similar to that of a weighted blanket," says Silverman, adding that the name of their product—which was suggested by a friend and quickly stuck—is a portmanteau of the words "plush" and "fluffy." 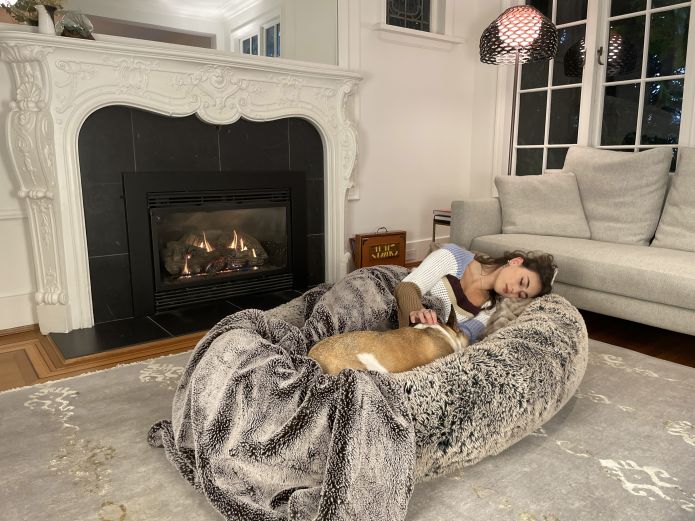 Both Bachelor of International Economics students at the Vancouver School of Economics, Silverman and Kinoshita sought advice for their business idea from friends, professors and business advisors at entrepreneurship@UBC, which provides support to members of the UBC community to develop as innovators.

At first, Silverman says people were skeptical of Plufl, questioning whether there was sufficient market demand for the product. It wasn't until they shared a video of Plufl on TikTok that the potential for their product was unleashed.

"We get messages every day from people reaching out saying they've been searching forever to find a product like this," says Silverman. "A mother from the U.K. emailed us last night saying 'I need this for my nursery.' It literally has been an outpouring of necessity for a human dog bed, which is kind of funny."

The pair decided to seize on the momentum of their social media success and quickly launched a Kickstarter campaign in April. While their initial goal was to raise US$25,000, they quickly surpassed the goal in only one day. By the time the campaign closed 30 days later, they had raised US$290,657 with nearly 800 backers. 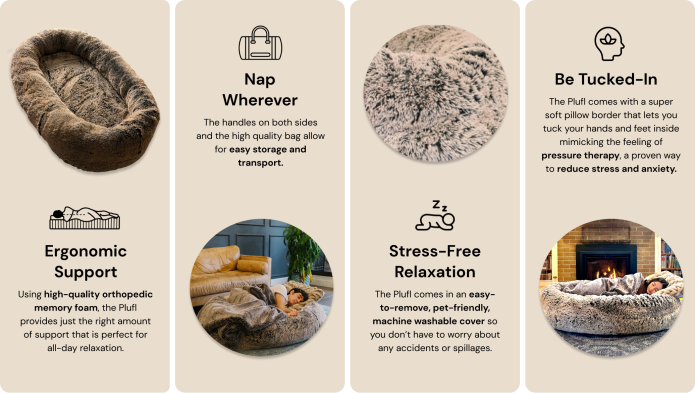 While launching the Kickstarter campaign, Silverman and Kinoshita were also trying to find time to study and write their final exams at UBC.

"The day we released the campaign, I was actually writing an exam. All I could think about the whole time was the campaign, so I flew through the exam and by the time I left the room, we were already at 100 per cent of our goal," says Kinoshita. "I was just blown away."

Now the co-founders are working around-the-clock to manufacture the first batch of 800 Plufl orders for shipment. They have been working with a designer, who has a background in textiles and dog beds, to tweak the design and create an even plusher, fluffier version of the Plufl with orthopedic and memory foam. 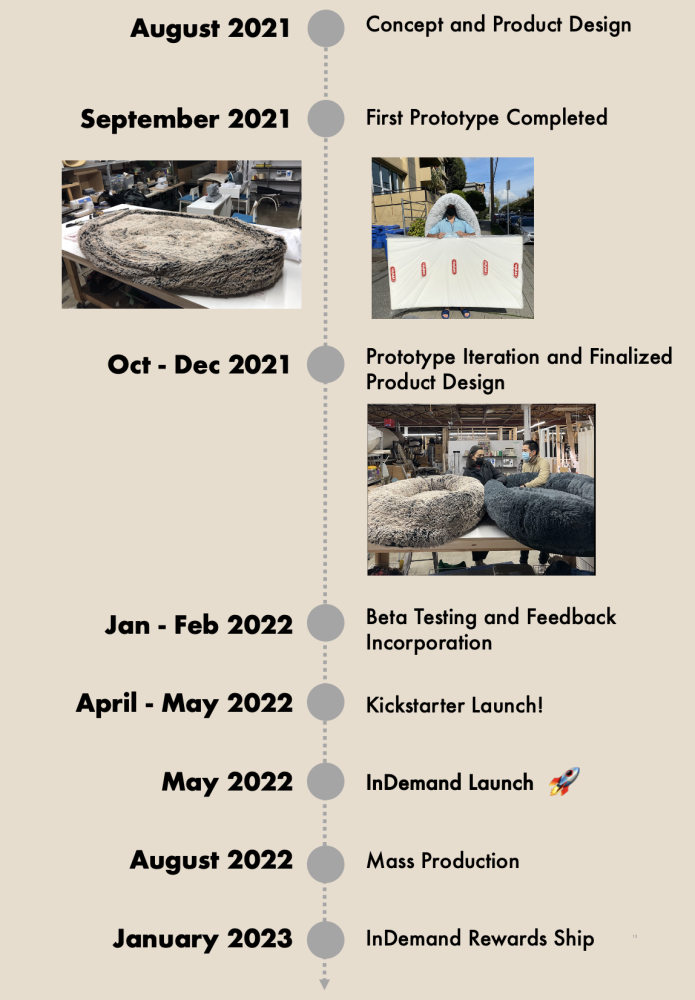 With the Kickstarter campaign now closed, Silverman and Kinoshita now plan on exploring additional napping products, such as pillows and blankets, to sell alongside the Plufl.

"We believe the napping industry is really unexplored and completely untapped," says Silverman. "You'll be really hard-pressed to find companies that market and design products solely for napping, despite the fact that, I've read a figure that one-third of all Americans enjoy napping."

Previously, Silverman and Kinoshita were just looking forward to crossing the stage to accept their degrees at their graduation ceremony.

And maybe taking a nap.

Now they are on to bigger and better things. 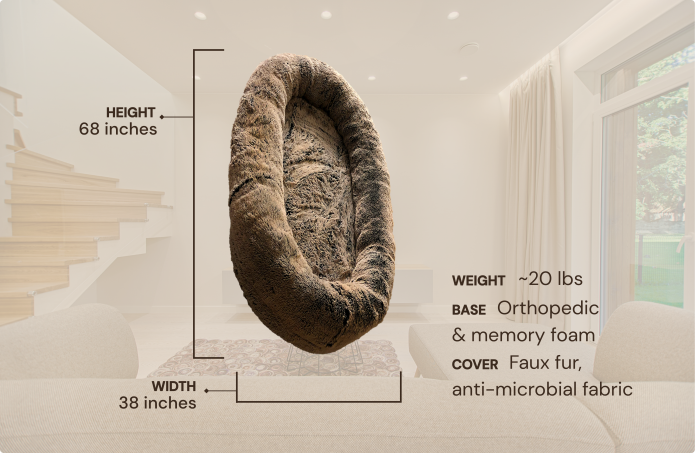 Introducing the Plufl! The ultimate product by nappers for nappers. Inspired by the classic dog bed, the Plufl is designed to alleviate stress and anxiety by providing a space where you can rest, recharge, and rejuvenate. 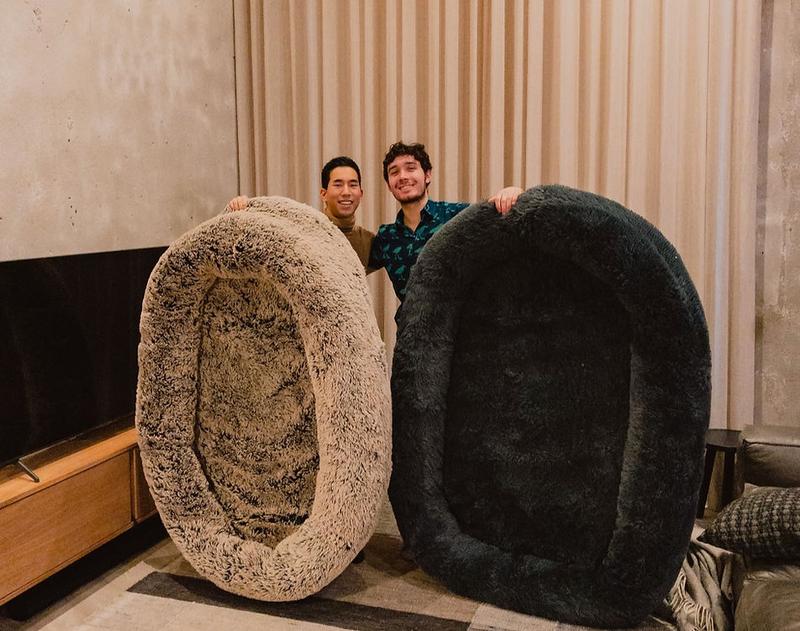 As avid nappers, we have found it difficult to locate readily accessible and suitable napping options. With Plufl we seek to elevate the nap experience by providing an irresistibly cozy and comfortable product for every kind of napper.

Handmade with love, the Plufl delivers a truly one of a kind nap experience! We are so excited for you to join our nap journey to make the world a happier and more rested place :)

Find out more or get yourself a human dog bed now at https://www.plufl.com/