The Rams become the first NFL franchise to partner with Dapper Labs on Team NFTs for the 2022 Season. 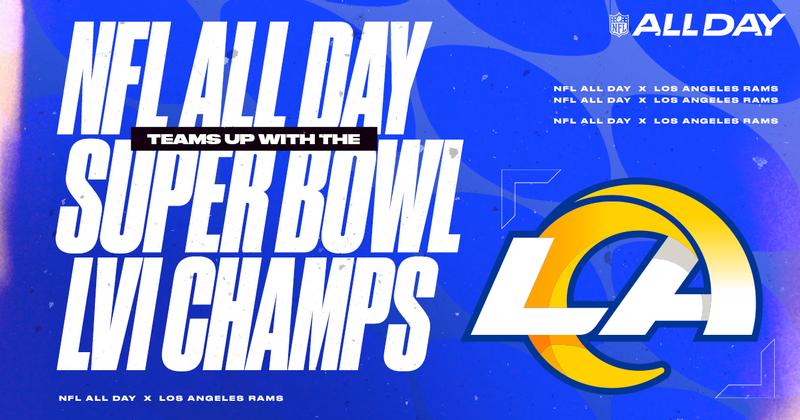 Team NFTs are digital collectibles made in partnership with individual NFL Teams to give fans a chance to rep their favorite teams on NFL ALL DAY. Team NFTs will provide owners with unique perks within NFL ALL DAY, and represent a new way to be a fan in the digital landscape.

The first set of collectibles to release will feature limited-edition NFTs of the Rams Super Bowl LVI Rings. The limited-edition collection commemorating the historic victory will go on sale beginning at 10 AM PT on Thursday, August 11, 2022.

The digital collectibles will come in three tiers - Starter Ring ($9 - 5,000 quantity), All-Star Ring ($59 - 1,000 quantity) and Hall of Fame Ring ($699 - 50 quantity). The designs are based on the real-life versions that Rams players, coaches and staff received in honor of their Super Bowl win. To access the drop, fans can visit the Rams virtual pop-up shop at Rams.NflAllDay.com, where they will be able to join the queue for a chance to purchase the limited-edition digital collectibles.

"We are thrilled to team up with Dapper Labs to give Rams fans an opportunity to be part of history and celebrate our Super Bowl championship in an unprecedented way," said Los Angeles Rams Chief Commercial Officer Jen Prince. "This best-in-class partnership is a great case study for how game-changing technology will allow us to reach our fans and engage new fans both here in California and across the globe."

Throughout the season, Dapper Labs will also be featured alongside Rams content, including serving as the Presenting Partner of the Moment of the Month, which will feature the fans' favorite play of the month. The two brands will also collaborate on a custom content series focused on education around digital collectibles and NFL ALL DAY products.

"The Los Angeles Rams are one of the preeminent franchises across all of sports, " said Dave Feldman, SVP, Marketing and GM, NFL ALL DAY. "We're excited to work with the LA Rams to power up the fan experience through unique collectibles and events that bring fans closer to their favorite team and players than ever before."

NFL ALL DAY allows fans to collect digital video Moments featuring the greatest and most sought-after NFL players throughout the season and in NFL history. Currently in closed beta, NFL ALL DAY has welcomed over 186,000 early adopters who have purchased nearly 500,000 packs.