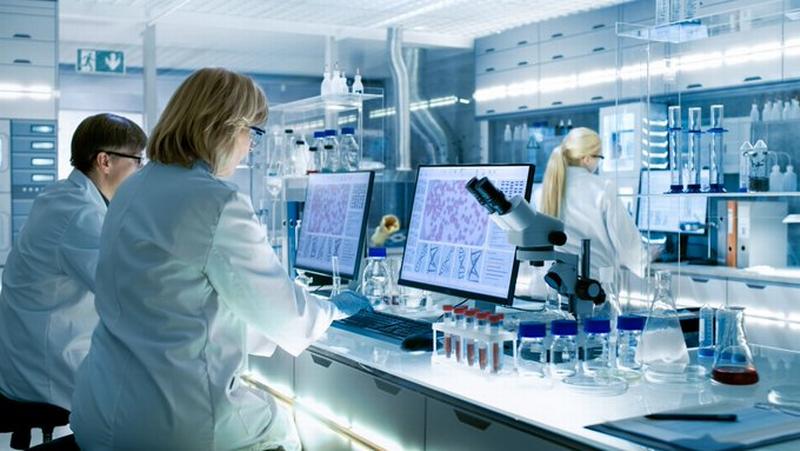 Currently there are no United States Food and Drug Administration (FDA) approved drugs that repair damage from a stroke. NervGen holds the exclusive worldwide rights to NVG-291, which is currently in a Phase 1 clinical trial in healthy human subjects and is preparing to initiate Phase 1b/2 clinical trials for the repair of nervous system damage from spinal cord injury, Alzheimer's disease and multiple sclerosis.

"We are very excited about the data showing significant improvement in motor function, sensory function, spatial learning, and memory, even when treatment was initiated as late as 7 days after stroke onset," stated the senior author of the paper, Dr. Agnes (Yu) Luo, Associate Professor, Department of Molecular Genetics and Biochemistry at the University of Cincinnati.

"If these results translate to the clinic, NVG-291 could be a substantial breakthrough in the treatment of stroke patients for multiple reasons because the only current FDA-approved drug for treatment of stroke does not repair damage and must be administered within 4.5 hours of stroke onset."

Dr. Luo continued, "Most therapies being researched today primarily focus on reducing the early damage from stroke. However, we have shown that treatment with NVG-291-R not only results in neuroprotection to reduce neuronal death but also robust neuroreparative effects. Also, importantly, most therapies being researched need to be applied within 24 to 48 hours of a stroke's onset; in contrast, our preclinical data shows that treatment with NVG-291-R is effective even if applied as late as 7 days after the stroke's onset."

"This is another remarkable demonstration of NVG-291's potential to repair damage to the nervous system," stated Dr. Jerry Silver, Professor of Neurosciences at CWRU's School of Medicine, co-author of the Cell Reports paper, and inventor of NervGen's technology.

"In these studies, we demonstrated that NVG-291-R repaired damage using at least two modes of repair: first by substantially increasing plasticity resulting in the creation of new neuronal connections, and second by enhanced migration of newly born neurons derived from neuronal stem cells to the site of damage. NVG-291-R's ability to enhance plasticity was demonstrated by using staining techniques that clearly showed an increase in axonal sprouting to the damaged part of the brain. This enhanced plasticity is an excellent validation of the same powerful mechanisms that we and other researchers were able to demonstrate using NVG-291-R in spinal cord injury."

"The fact that NVG-291-R showed an effect in an animal model seven days after the onset of stroke is very encouraging," stated Dr. S. Claiborne Johnston, a leading specialist in stroke care and research, formerly the inaugural Dean at Dell Medical School and now a professor in the Department of Neurology at Dell Medical School at The University of Texas at Austin. "An agent that works this late and through this mechanism could be much easier to test in trials and could ultimately help many more stroke patients than current therapies.

"Most therapies in development for stroke focus on minimizing the extent of initial damage from a stroke, which means that to be effective they must be administered within the first hours after symptom onset," continued Dr. Johnston. "Most patients don't arrive soon enough to benefit from the few drugs we have, whether in current practice or those we are testing in clinical trials. A long treatment window will make recruitment easier and faster for future clinical trials." "This is a very important development for NervGen as, for the first time in a peer-reviewed publication, NVG-291-R demonstrated improvements in memory and spatial learning which may be relevant for other indications affecting cognition, such as Alzheimer's disease, where it might improve cognition rather than simply slowing cognitive decline," stated Paul Brennan, NervGen's President & CEO.

Mr. Brennan continued, "While we remain committed to developing NVG-291 in our core indications of spinal cord injury, Alzheimer's and multiple sclerosis, this paper provides a very strong argument to undertake a stroke study with NVG-291. Given this compelling new preclinical data, we believe there is a solid opportunity to secure non-dilutive funding to advance the program through a partnership, either with industry or government."

The full article on the study of NVG-291-R in ischemic stroke is available online in Cell Reports in the article entitled "Inhibition of CSPG receptor PTPs promotes migration of newly born neuroblasts, axonal sprouting and recovery from stroke".

NervGen holds the exclusive worldwide rights to NVG-291 and is developing a unique new class of drugs around the technology. NVG-291 is a therapeutic peptide that mimics the intracellular domain of the receptor protein tyrosine phosphatase sigma (PTPs), a cell surface receptor known to interact with chondroitin sulfate proteoglycans (CSPGs). Both PTPs and CSPGs have been shown to inhibit neural repair mechanisms following nervous system damage. NVG-291-R, the rodent form of NVG-291, has been shown to promote functional recovery and enable nervous system repair in a range of animal models, including models of spinal cord injury, peripheral nerve injury, multiple sclerosis and stroke, through enhanced plasticity, axonal regeneration, and remyelination.

Stroke is a disease that affects the blood vessels leading to and within the brain. A stroke occurs when a blood vessel that carries oxygen and nutrients to the brain is either blocked by a clot or bursts (or ruptures). When that happens, part of the brain cannot get the blood (and oxygen) it needs, such that brain cells in that area die. A stroke can cause lasting brain damage, long-term disability, or even death.

According to the U.S. Center for Diseases, Control and Prevention (CDC), every year more than 795,000 people in the United States have a stroke. Approximately 610,000 of these are first or new strokes, and 185,000 strokes are in people who have had a previous stroke. Stroke is a leading cause of serious long-term disability and reduces mobility in more than half of stroke survivors aged 65 and over. Stroke-related costs in the United States came to nearly $46 billion between 2014 and 2015, which includes the cost of health care services, medicines to treat stroke, and missed days of work.