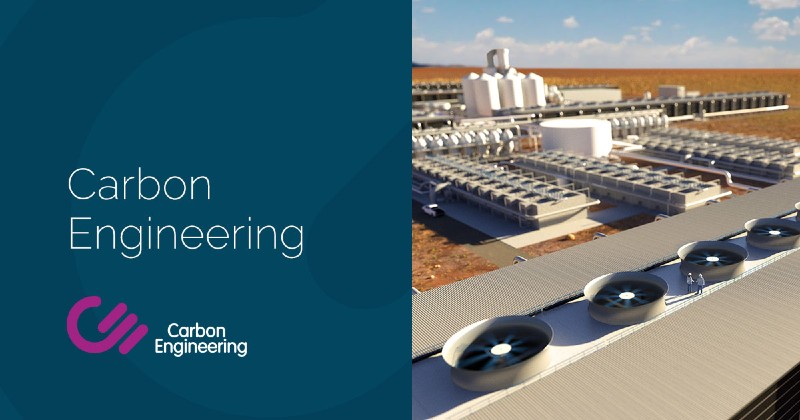 Squamish, BC, August 31, 2022--(T-Net)--Occidental (NYSE: OXY) and its subsidiary 1PointFive today announced they plan to begin detailed engineering and early site construction for their first large-scale Direct Air Capture (DAC) plant in Ector County, Texas, near Oxy's portfolio of acreage and infrastructure that are conducive to safe and secure storage of carbon dioxide.

The first stage of construction, which includes site preparation and road work, is scheduled to begin in the third quarter of 2022 and start-up is expected in late 2024.

Upon completion, the first DAC plant will be the world's largest of its kind and would be an important step in advancing Oxy's low-carbon strategy to deliver large-scale carbon management solutions that accelerate a net-zero economy.

Once operational, the plant is expected to capture up to 500,000 metric tons of carbon dioxide per year with the capability to scale up to 1 million metric tons per year. 1PointFive has announced a scenario to deploy 70 DAC facilities worldwide by 2035 under current compliance and market scenarios.

The decision to proceed with construction follows the successful completion of a Front-End Engineering and Design (FEED) study and extensive testing and validation at the Carbon Engineering Innovation Centre in Squamish, BC.

1PointFive partnered with Carbon Engineering, a climate solutions company, to commercialize and deploy DAC technology at scale. 1PointFive has also agreed on substantive terms with Worley for engineering, procurement, and construction (EPC) services, and expects to work toward a definitive agreement for the EPC contract by the end of the year.

1PointFive and Carbon Engineering continue to progress innovation workstreams to improve the DAC technology at the Innovation Centre. The focus is on carbon capture and energy efficiency, as well as operating cost improvements during the life of the plant.

"The construction of Oxy's first DAC plant is an important milestone on the pathway to achieving our net-zero ambitions and helping the world meet the Paris Agreement's climate goals," said Vicki Hollub, President and CEO, Oxy. "We are fortunate to partner with Carbon Engineering and Worley, who share our vision in creating a carbon removal industry that can accelerate the path to net zero." 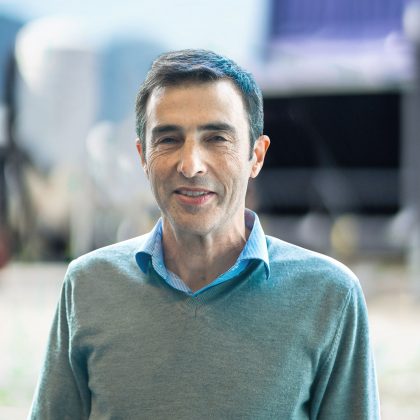 "Carbon Engineering has been innovating for more than a decade to deliver climate solutions at megaton scale," said Daniel Friedmann, CEO, Carbon Engineering. "Now, with construction starting on this first, large-scale facility, we are seeing our vision become a reality. In collaboration with our partners at 1PointFive and Oxy, today marks a pivotal moment in the deployment of Carbon Engineering's large-scale Direct Air Capture solutions."

The plant is expected to provide cost-effective solutions that hard-to-decarbonize industries can use in conjunction with their own emissions reduction programs to help achieve net zero. Captured carbon dioxide can be safely sequestered deep underground in saline formations or used in the production of hydrocarbons to enable lower-carbon or net-zero transportation fuels, and in products like chemicals and building materials.

1PointFive has advanced product sales for the plant, including carbon removal credit purchases from Airbus, Shopify and ThermoFisher, and Oxy reached an offtake agreement with SK Trading International for an opportunity to purchase net-zero oil.

Oxy also entered into an agreement with Origis Energy to provide zero-emission solar power for the DAC plant and other projects in the Permian Basin.

The project is expected to employ more than 1,000 people during the construction phase and up to 75 once operational. The Inflation Reduction Act's increased incentives will further accelerate DAC deployment as a solution to help achieve net zero.

Occidental is an international energy company with assets primarily in the United States, the Middle East and North Africa. We are one of the largest oil producers in the U.S., including a leading producer in the Permian and DJ basins, and offshore Gulf of Mexico. Our midstream and marketing segment provides flow assurance and maximizes the value of our oil and gas. Our chemical subsidiary OxyChem manufactures the building blocks for life-enhancing products. Our Oxy Low Carbon Ventures subsidiary is advancing leading-edge technologies and business solutions that economically grow our business while reducing emissions. We are committed to using our global leadership in carbon management to advance a lower-carbon world. Visit oxy.com for more information.

About 1PointFive
1PointFive is a Carbon Capture, Utilization and Sequestration (CCUS) platform that is working to help curb global temperature rise to 1.5°C by 2050 through the deployment of decarbonization solutions, including Carbon Engineering's Direct Air Capture (DAC) and AIR TO FUELSTM technologies alongside geologic sequestration hubs. More at 1PointFive.com.

Carbon Engineering (CE) is a climate solutions company. CE is focused on the global deployment of large-scale Direct Air Capture (DAC) technology that captures carbon dioxide out of the atmosphere so it can be permanently stored deep underground or used to produce clean, affordable transportation fuels. With its partners, CE is working to deploy large-scale, commercial DAC facilities in multiple markets around the globe. More at carbonengineering.com.

AIR TO FUELSTM is a registered trademark of Carbon Engineering Ltd.