Vancouver, BC, September 14, 2022--(T-Net)--Algernon Pharmaceuticals Inc. (CSE: AGN, OTCQB: AGNPF) a clinical stage pharmaceutical development company announced that it has received approval to conduct a Phase 1 clinical study of an intravenous formulation ("IVF") of AP-188 ("N,N-dimethyl tryptamine" or "DMT") for the treatment of stroke in the Netherlands from the Stichting Beoordeling Ethiek Biomedisch Onderzoek ("BEBO"), an independent Medical Research Ethics Committee ("MREC").

The trial will be conducted at the Centre for Human Drug Research ("CHDR") in Leiden. DMT is a known psychedelic compound that is part of the tryptamine family. The Company plans to begin screening shortly and dose the first subject of the study in Q4, 2022.

The Company's decision to investigate DMT and move it into human trials for ischemic stroke is based on multiple independent, positive preclinical studies demonstrating that DMT helps mitigate tissue damage and promote neurogenesis as well as structural and functional neural plasticity.

These are key factors involved in the brain's ability to form and reorganize synaptic connections, which are needed for healing following a brain injury. The Company also confirmed in its own murine cortical neuron outgrowth preclinical study, that DMT, in sub-psychedelic doses, increased the growth of cortical neurons by up to 40% compared to control.

Since there have already been several Phase 1 studies successfully conducted on DMT, the Company is not anticipating any serious adverse events or safety issues arising from its study.

The reason that the Company is planning to conduct a Phase 1 study and not directly advance DMT into a Phase 2 study is that it is investigating prolonged intravenous infusion of DMT, for durations which have never been clinically studied. The resulting data generated will help the Company to plan both its Phase 2 acute stroke and rehabilitation studies more effectively.

"I was drawn to DMT's endogenous nature and possible role in naturally occurring altered states of consciousness such as dreams and psychosis, as well as being a prototype for other psychedelic drugs in common use," said Algernon consultant Rick Strassman MD, psychiatrist and psychopharmacologist, and author of the best-selling book DMT: The Spirit Molecule.

Strassman's NIH-funded Phase 1 study of DMT, which ran from 1990-1995 at the University of New Mexico, was the first new American clinical research with psychedelic drugs in a generation. The study assessed biological and psychological effects in normal volunteers and demonstrated that studies of psychedelics could be done safely in humans.

He continued "Our careful assessment of psychedelic and non-psychedelic doses of DMT established guidelines for studies utilizing its neuroplastogenic effects in stroke, an application I would not have predicted at the time. These more recent findings of DMT's effects have opened an extraordinarily promising set of potential therapeutic applications for Algernon to explore."

Dr. David Nutt, Professor of Neuropsychopharmacology at Imperial College London, also an Algernon consultant, said, "I am pleased to see Algernon moving forward with the CHDR, with whom I have worked in the past and respect greatly," said. "Although the study is in healthy volunteers, the protocol includes study of some markers which may give some early clues about potential benefits in stroke victims." 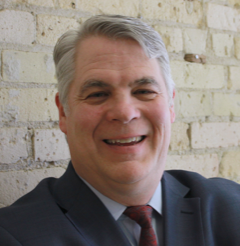 Christopher J. Moreau CEO of Algernon Pharmaceuticals further commented saying, "We look forward to getting our DMT clinical stroke program started with our Phase 1 study at CHDR in the Netherlands," said. "This study will provide important information on dosage and duration of our new DMT IVF formula to help us better plan for our Phase 2 where we plan to test the drug with both acute and recovering stroke patients."

The purpose of the study is to identify the safety, tolerability, and pharmacokinetics of DMT when administered as an intravenous bolus followed by prolonged infusion, for durations which have never been studied clinically. In addition, several pharmacodynamic measures believed to be associated with neuroplasticity, including both measurements of biochemical markers and electroencephalographic readings, will be recorded.

The first part of the study will use a single-escalating dose design aimed at identifying a safe and tolerable dose that will not produce psychedelic effects, while the second part will test the effects of repeated administrations of this dose. There will be up to 60 healthy volunteers enrolled across the two parts of the study which will include both psychedelic experienced and psychedelic naïve patients.

Founded in 1986, the CHDR is an independent institute that specializes in cutting-edge early-phase clinical drug research. During the pandemic of 2021 the CHDR completed renovations to greatly increase their clinical capacity while also being responsible for 77 scientific publications.

CHDR's custom-built facility is situated in the heart of the Leiden Bio Science Park within Leiden University (LUMC) campus adjacent to the medical school and GMP pharmacy. CHDR's long-standing partnership with the LUMC facilitates direct access to an extensive knowledge base in Leiden, as well as access to different patient populations for trial recruitment. This partnership as well as the combined expertise of two board certified neurologists and post-doctorate clinical scientists with neuroscientific backgrounds will be valuable assets as Algernon's DMT program moves forward. In addition, they have performed multiple clinical trials with psychedelic substances, including DMT, and have a suite of rooms specifically created for that purpose.

The Company had initially retained the CHDR and its affiliated pharmacy at the Leiden University Medical Center in the Netherlands, to develop the IVF that will be used in its Phase 1 DMT study. After working with the CHDR team, it was decided to move forward with an ethics and clinical trial application in Netherlands as well to move Algernon's DMT stroke research program forward as quickly as possible.

N,N-Dimethyltryptamine, or DMT, is a hallucinogenic tryptamine drug producing effects similar to those of other psychedelics like LSD, ketamine, psilocybin and psilocin. DMT occurs naturally in many plant species and animals including humans and has been used in religious ceremonies as a traditional spiritual medicine by indigenous people in the Amazonian basin. DMT can also be synthesised in a laboratory.

Algernon has filed patents for DMT pamoate and nicotinate (novel salt forms of DMT) in addition to formulation, dosage and method of use claims for ischemic stroke. The Company has also filed claims for combination therapy of DMT and stroke rehabilitation including Constraint Induced Movement Therapy.

Algernon is a drug re-purposing company that investigates safe, already approved drugs, including naturally occurring compounds, for new disease applications, moving them efficiently and safely into new human trials, developing new formulations and seeking new regulatory approvals in global markets. Algernon specifically investigates compounds that have never been approved in the U.S. or Europe to avoid off label prescription writing.