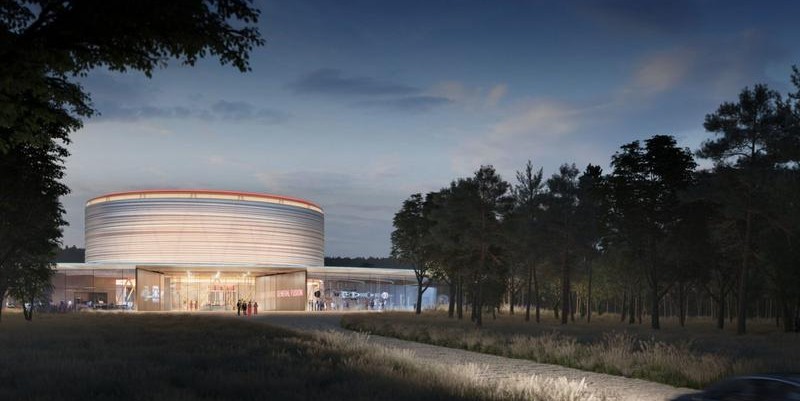 When construction of the 10,500m2 building is complete, General Fusion will lease the building from UKAEA.

The company's fusion machine is expected to be commissioned in 2026 and fully operational by early 2027. 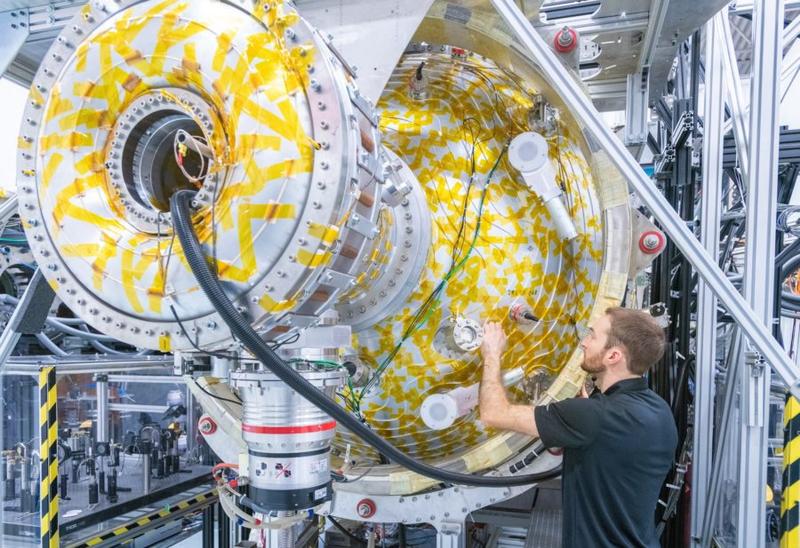 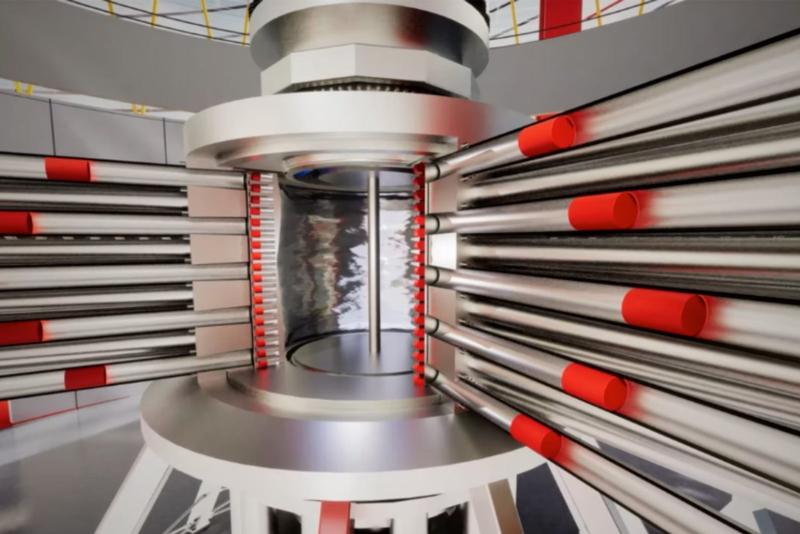 Compression System (Pictured): With their scalable control systems, General Fusion say they have achieved the required timing precision with full-scale drivers to produce smooth, rapid, and symmetric compression of a liquid metal cavity

Built to 70 per cent scale of a commercial power plant, the demonstration will create fusion conditions in a power plant-relevant environment, achieving temperatures of over 100 million degrees Celsius. 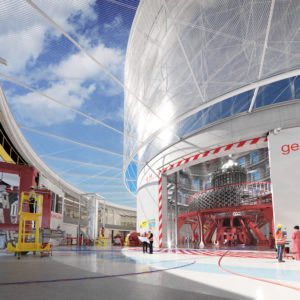 This is a crucial step on the path to eventually powering homes, businesses and industry with zero-carbon fusion energy. The facility itself will not generate power.

Siting the facility at the UKAEA's Culham Campus, part of the thriving UK Fusion Cluster, enables General Fusion to access world-leading science and engineering capabilities, such as knowledge and experience in designing, constructing and operating the record-breaking Joint European Torus. In addition, the company will benefit from the UK's existing fusion energy supply chains.

"The UK has been a longstanding leader in fusion energy development. We are thrilled to join the Culham Campus and the UK's Fusion Cluster, and anticipate creating 60 long-term jobs at the site," said Greg Twinney, CEO of General Fusion. "In addition, we expect the project will generate approximately 200 jobs during construction."

"The UKAEA welcomes this milestone as it aligns with our strategy to create clusters that accelerate innovation in fusion and related technologies, and support public-private partnerships to thrive," said Professor Sir Ian Chapman, CEO of UKAEA. "It also builds upon our heritage of hosting major fusion facilities here at our Culham Campus."

The building was designed by architects, AL_A, led by Stirling Prize winner Amanda Levete and Ove Arup Engineers, and has been developed to exemplary design and sustainability standards.

"Receiving planning permission is a huge milestone and testament to the close collaboration between our team, General Fusion, and the UKAEA. The building will not only be highly efficient but one that also expresses the technological optimism of fusion to solve the energy problems of the world," said Amanda Levete, founder and principal of AL_A. "The design projects a confident message to the public about the extraordinary potential of this technology. It represents a clear shift in the relationship between environment and industry, moving from one of opposition to one of symbiosis."

The design of the fusion demonstration facility is intended to enhance the surrounding biodiversity. The building will achieve BREEAM excellent accreditation through a mix of strategies that include reusing waste heat, natural ventilation to minimize cooling loads, as well as a large green roof and extensive photovoltaics.

General Fusion is pursuing a fast and practical approach to commercial fusion energy and is based in Vancouver, Canada, with locations in London, UK, and Oak Ridge, Tennessee, USA. The company was established in 2002 and is funded by a global syndicate of leading energy venture capital firms, industry leaders, and technology pioneers. Learn more at www.generalfusion.com.

Fusion energy has great potential to deliver safe, sustainable, low-carbon energy for generations to come. It is based on the same processes that power the sun and stars, and would form part of the world's future energy mix. Achieving this is a major technical challenge that involves working at the forefront of science, engineering, and technology.

UKAEA's programmes include the MAST-Upgrade (Mega Amp Spherical Tokamak) fusion experiment and the JET (Joint European Torus) fusion research facility, operated for scientists from around Europe in Culham, Oxford. STEP (Spherical Tokamak for Energy Production) is UKAEA's ambitious programme to accelerate the delivery of fusion energy, with plans to deliver a prototype powerplant producing net electricity in the 2040s in Nottinghamshire.

UKAEA also undertakes cutting edge work with academia, other research organisations and the industrial supply chain in a wide spectrum of areas, including robotics and materials.

AL_A is the award-winning architecture studio founded by the RIBA Stirling Prize-winning architect Amanda Levete with directors Ho-Yin Ng, Alice Dietsch and Maximiliano Arrocet. Completed projects include the Victoria & Albert Museum Exhibition Road Quarter in London and the Museum of Art, Architecture & Technology in Lisbon. Ongoing commissions include the renovation and expansion of Paisley Museum in Scotland and the design of the Belgrade Philharmonic Concert Hall in Serbia.