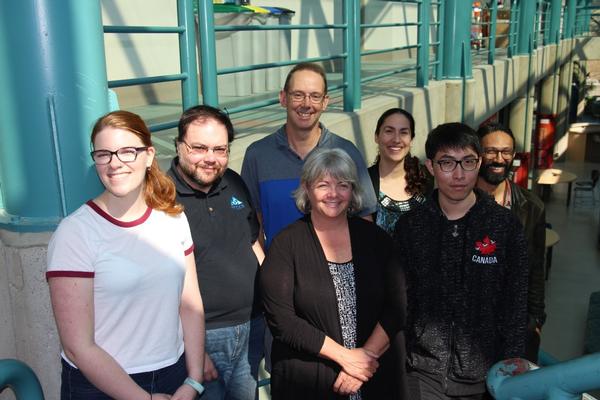 Burnaby, BC, December 3, 2018--(T-Net)--The European Commission and the Canadian Institutes of Health Research have announced more than $12 million in funding to expand SFU's iReceptor initiative.

iReceptor is a newly developed platform for managing massive repositories of worldwide distributed data that researchers can securely access in their quest to develop new therapies for autoimmune and infectious diseases, and cancer.

Felix Breden, iReceptor's scientific director and a professor of biological sciences, says the undertaking is a prime example of how integrating data across multiple studies and institutions is critical to health research.

"Think of it as an enormous data repository that holds the millions of patterns of responses that the immune system uses to fight disease and infection," he says.

Breden says many cutting-edge therapies rely on manipulating the immune system so that it triggers the body's ability to recognize and remove cancer cells and infectious pathogens.

Yet figuring out what these patterns are and how to engage or disengage them is a staggering proposition.

Now, however, for the first time, researchers around the world will be able to share and analyze huge datasets, taken from healthy and unhealthy patients, that have been sequenced and stored through iReceptor.

With the new funding, iReceptor will expand to include repositories from France, Germany, Norway, Israel, India and many other countries, as well as data repositories at biopharma and biotech companies, hospitals and clinics.

iReceptor's ability to securely offer data as well as metadata (such as gender, ethnicity, treatment and outcome) ensures patient privacy while allowing researchers to understand which conditions activate or suppress various immune-system genes.

Collaborator Sachdev Sidhu, at the University of Toronto's Donnelly Centre, is looking forward to using iReceptor in his research.

"The iReceptor initiative will be highly useful in our efforts to design new antibodies for the treatment of cancer and other diseases," says Sidhu. "It will enable us to obtain information about natural antibodies that we can apply to the design of synthetic antibodies that can be used as drugs."

Breden notes that, when fully developed, iReceptor will be revolutionary.

"Not only will we have a better understanding of the causes of infectious and autoimmune disease and cancer, but we hope this will lead to early detection, new therapies and improved patient care around the world," he says.

"This is great news, not just for SFU and Felix Breden's team, but for immunotherapy researchers at large," says SFU's Associate Vice-President, Research, Dugan O'Neil.

"With this award from CIHR, in tandem with the European Commission award, the extended technical work on iReceptor will improve secure data-sharing and repository scaling, as well as expansion into the use of advanced algorithms and single cell data integration. We congratulate everyone involved in this collaborative project between European and Canadian researchers, and thank the funders for their support of the project."

The funding will support iReceptor's managing team of computer scientists, data curators, bioinformaticists and scientists at SFU who played a key role in developing the project.