BC, Washington, Oregon and Microsoft Contribute $1.5 Million for New Study of High-Speed Rail in the Pacific Northwest 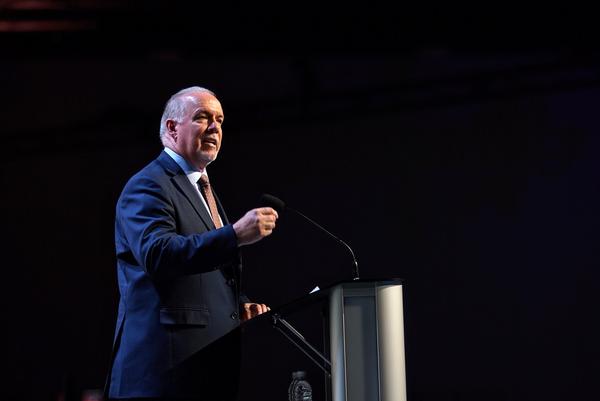 Vancouver, BC, July 27, 2018--(T-Net)--A new in-depth study to evaluate the future of ultra-high-speed ground transportation is now underway as the Province of British Columbia, the Oregon Department of Transportation and Microsoft Corp., have joined Washington state in funding the effort.

This new study builds on a preliminary analysis (pdf 1.8 mb) conducted in 2017 for a new 250 mph transportation system in the Pacific Northwest. That study laid the groundwork for the more in-depth business case evaluation that WSDOT will undertake over the next year.

The need for the study grew out of ongoing Cascadia Innovation Corridor planning efforts. This cross-border coalition brings together business, academic and government leaders to build a global hub of innovation and commerce in the Pacific Northwest.

"We developed a vision for a better connected Cascadia mega region that will help our talented entrepreneurs, researchers and workers share knowledge and expand economic opportunity. The possibilities created by connecting our three largest cities via a high-speed transportation options are really exciting," said Washington Gov. Jay Inslee.

"High-speed rail would cut travel times between Vancouver and Seattle and bring huge benefits to British Columbia," said Premier John Horgan. "We're excited about this next step and look forward to the findings of Washington's in-depth study."

"We are excited to see regional leaders invest in the continued pursuit of a high-speed rail that will help grow economic opportunities in the Cascadia Innovation Corridor," said Microsoft President Brad Smith. "Shrinking the distance between Seattle, Vancouver, BC and Portland will encourage greater collaboration, deeper economic ties and balanced growth for years to come."

Through a competitive process, WSDOT selected the engineering and professional services firm WSP to complete this business case study. WSP, formerly Parsons Brinckerhoff, has worked on high-speed rail projects in the United States and around the world, including California, the United Kingdom, and southeast Asia. Other members of the team include Steer Davies Gleave, EnviroIssues, Paladin Partners, and Transportation Solutions.

A new advisory committee, representing both public and private sectors from Washington, Oregon and British Columbia, will provide input during the year-long technical analysis. The committee's first meeting is scheduled for later this month.

It is expected the study will be completed by July 2019.