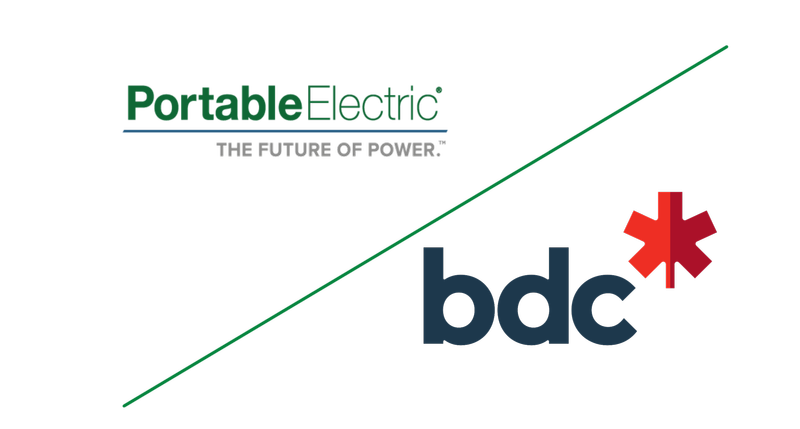 The company, which was founded in 2016, is one of the first firms in the world to commercialize emissions and noise-free electric alternatives to mobile diesel generators.

Its VOLTstack-brand power stations have rapidly become highly prized on film and television sets and in applications where silent, fuel-less, emissions-free and rechargeable operations are valued. Currently, approximately 90 percent of Portable Electric's sales are made abroad.

BDC Capital's financing requires no repayment of the capital before maturity, which frees up working capital that the company can then apply towards building the business. This funding is intended in particular to help Portable Electric fulfill a growing number of near-term orders and to assist in the expansion of its VOLTstack line.

"The VOLTstack line of portable power stations can be found across North America and as far away as Singapore and Tokyo, to London and Helsinki. BDC Capital has been instrumental in accelerating our growth worldwide," says Mark Rabin, Portable Electric's CEO.

"Portable Electric is making the most of its early-mover advantage through targeted marketing efforts of its attractively designed and user-friendly product line," observes Drake. "VOLTstack power stations are highly regarded in the film and television industry and we believe other sectors will catch on to their clear benefits for a variety of applications as product awareness grows. We estimate that a significant market exists for the company to grow into."

BDC Capital is the investment arm of BDC—Canada's only bank devoted exclusively to entrepreneurs. With more than $3 billion under management, BDC Capital serves as a strategic partner to the country's most innovative firms. It offers a full spectrum of risk capital, from seed investments to transition capital, supporting Canadian entrepreneurs who wish to scale their businesses into global champions.